If You Suspect Someone Then They ARE A Scammer

You may have a suspicion about someone you have met online. You may not know it yet but your instincts picked up on something out of place (below we explain the Red Flags in more detail). Go with your gut – if it feels wrong it is!

IF ANY SOLDIER DEPLOYED OVERSEAS ASKS YOU FOR MONEY THEY ARE 100% A SCAMMER!

With over ONE BILLION (more than 1,000,000,000) fake identities online there are plenty of scammers to go around. 1 Billion is AFTER the social media companies delete nearly 1 billion a year! That is how big this all is! And there are nearly a million new victims a year. You are far from being alone in this.

The Odds Are Nearly 100% That The Soldier Who Contacted You Out Of The Blue Is A Scammer! 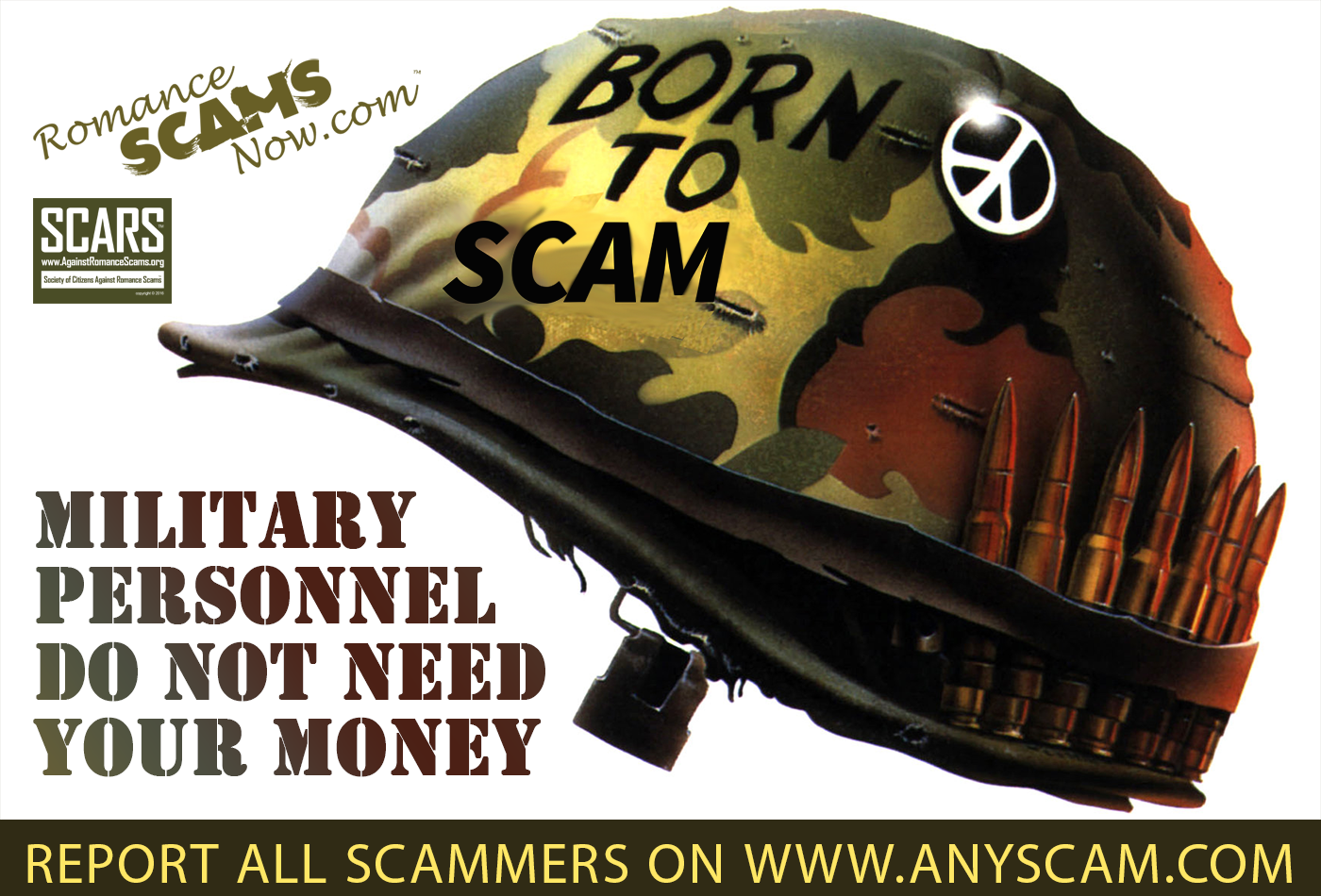 What To Do About Fake Soldiers Or Soldier Scams?

Scammers around the world have been stealing the identities and photos of United States military personnel for more than a decade. These are used by scammers because of the immediate trust these add to online fraud and confidence games of African-style romance scams in scamming women and men. This “Stolen Valor” helps put the minds of the victim at ease initially so that the scammer can do their worst.

If you feel you have been or are being scammed right now by a person impersonating or claiming to be a U.S. Soldier, there are several things you must do, not only for yourself but also to help limit the number of future victims.

How Do You Properly Report Scammers?

It is essential that law enforcement around the world learns about scams & scammers, even though there may be nothing (in most cases) that they can do immediately. By reporting the scammer you are helping in several important ways:

Always Report Scams Involving Money Lost Or Where You Received Money To:

Why Report To SCARS On www.Anyscam.com or HERE?

Entities like the FBI and the FTC do not share the data you report with other agencies around the world. Reports go into their system and end there. While it helps them, scams are far from just an FBI problem. The SCARS Anti-Scam Reporting Network provides feeds of their data available to law enforcement and government around the world. With over 7,000 scammers arrested in 2018, and over 11,000 just arrested in India in October 2018 these governments need information that your reports can provide.

What Does The U.S. Army Say?

The U.S. Army CID warns anyone who is involved in online dating to proceed with caution when corresponding with persons claiming to be U.S. Soldiers currently serving in Afghanistan or elsewhere.

The Army CID receives hundreds of allegations a month from victims who state they got involved in an online relationship with someone, on a legitimate dating website or other social media website, who claims to be a U.S. Soldier. The “Soldier” then begins asking for money for various false, service-related needs such as transportation costs, communication fees, marriage, processing and medical fees. Victims of these online scams have lost tens of thousands of dollars, with a very low possibility of recovery.

The U.S. has established numerous task force organizations to deal with this growing epidemic; unfortunately, many times the people committing these scams are from African countries using untraceable email addresses, routing accounts through numerous locations around the world and utilizing pay per hour Internet cyber cafes, which often times maintain no accountability of use.

For more on these fraudulent acts, read the announcements released by Army CID:

What To Look For With A Fake Soldier:

Here Are Some Of The Words Or Phrases Used By Scammers: 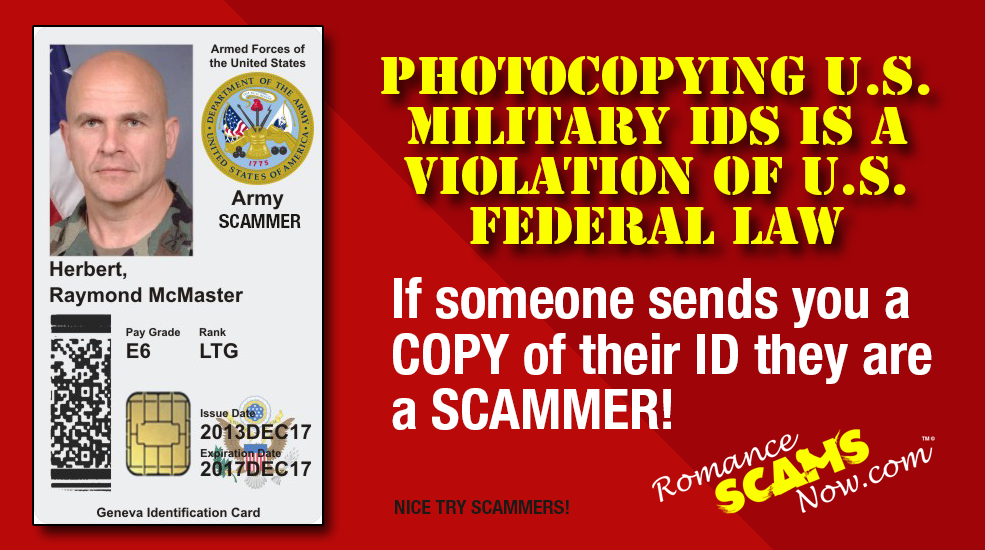 Here Are Answers To Some Of The Most Common Types Of Scams:

Where To Go For Help

SCARS is a registered Crime Victims’ Assistance and Support Organization in the United States and elsewhere. It provides certified victims assistance support professionals to help victims recover from online fraud.

If you have been or are the victim of one of these scammers, SCARS has a number of its own approved support groups around the world through its RSN Division and through its member groups. These are on Facebook for your convenience.

To join a SCARS support group go here: https://www.facebook.com/groups/RSN.Military.Victims.Support.Group/  or look for other SCARS Member groups in almost 50 countries worldwide.

Being the victim of a romance scam is a traumatizing experience. These scams can cause profound emotional distress and you are well advised to see a local professional to help you through it. It is now known that many victims suffer from Post Traumatic Disorders (PTSD) as a result.

DO NOT participate in amateur anti-scam groups – look for SCARS Members – since these amateur groups can cause more trauma by their unprofessional hate based approach to constant exposure to scams and scammers. You can recover, but how long it takes is based upon the way you approach it and who you ask for help.

Now You Know The Truth

We are here to help you every step of the way!