SCARSSCARS SCARS - Society of Citizens Against Relationship Scams Inc. A government registered crime victims' assistance & crime prevention nonprofit organization based in Miami, Florida, U.S.A. SCARS supports the victims of scams worldwide and through its partners in more than 60 countries around the world. Incorporated in 2015, its team has 30 years of continuous experience educating and supporting scam victims. Visit www.AgainstScams.org to learn more about SCARS.™ Website News & Status

RSN™ Under Attack By Scammers:

Scammers have been attacking ScammerScammer A Scammer or Fraudster is someone that engages in deception to obtain money or achieve another objective. They are criminals that attempt to deceive a victim into sending more or performing some other activity that benefits the scammer. Reporting Websites, including the FBIFBI FBI - Federal Bureau of Investigation The Federal Bureau of Investigation (FBI) is the domestic intelligence and security service of the United States and its principal federal law enforcement agency. Operating under the jurisdiction of the United States Department of Justice, the FBI is also a member of the U.S. Intelligence Community and reports to both the Attorney General and the Director of National Intelligence. A leading U.S. counter-terrorism, counterintelligence, and criminal investigative organization, the FBI has jurisdiction over violations of more than 200 categories of federal crimes, including financial fraud.’s IC3.gov, the FTC.gov, and others. This includes the SCARS Anti-ScamScam A Scam is a confidence trick - a crime -  is an attempt to defraud a person or group after first gaining their trust through deception. Scams or confidence tricks exploit victims using their credulity, naïveté, compassion, vanity, irresponsibility, or greed and exploiting that. Researchers have defined confidence tricks as "a distinctive species of fraudulent conduct ... intending to further voluntary exchanges that are not mutually beneficial", as they "benefit con operators ('con men' - criminals) at the expense of their victims (the 'marks')". A scam is a crime even if no money was lost. Data Reporting Network as well (which includes RomanceScamsNow.com).

The method of attack is to report actual scam victims as scammers.

We have taken significant steps to stop this, and have reported the problem to our partners in government. Unfortunately, there were thousands of false reports.

However, due to a recent batch of false reports by site visitors, we have turned off the display of Reported Scammer Information until we are able to clean out these false reports or otherwise verify this information. We will finish this by the End of July, and this feature will be turned back on in August again.

Thank you for your understanding while this operation is being performed. 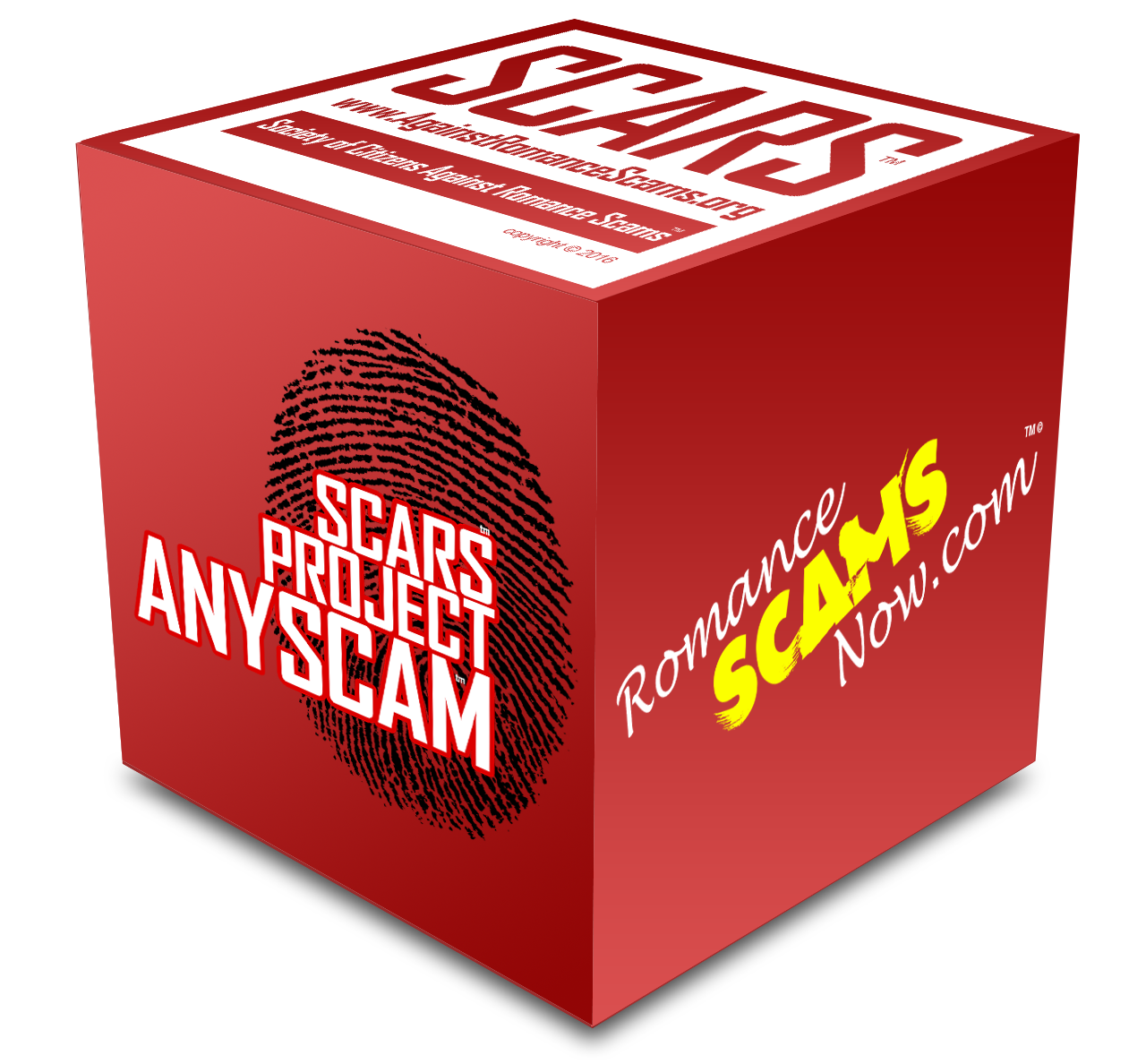