The amygdala is a collection of cells near the base of the brain. There are two, one in each hemisphere or side of the brain. This is where emotions are given meaning, remembered, and attached to associations and responses to them (emotional memories). 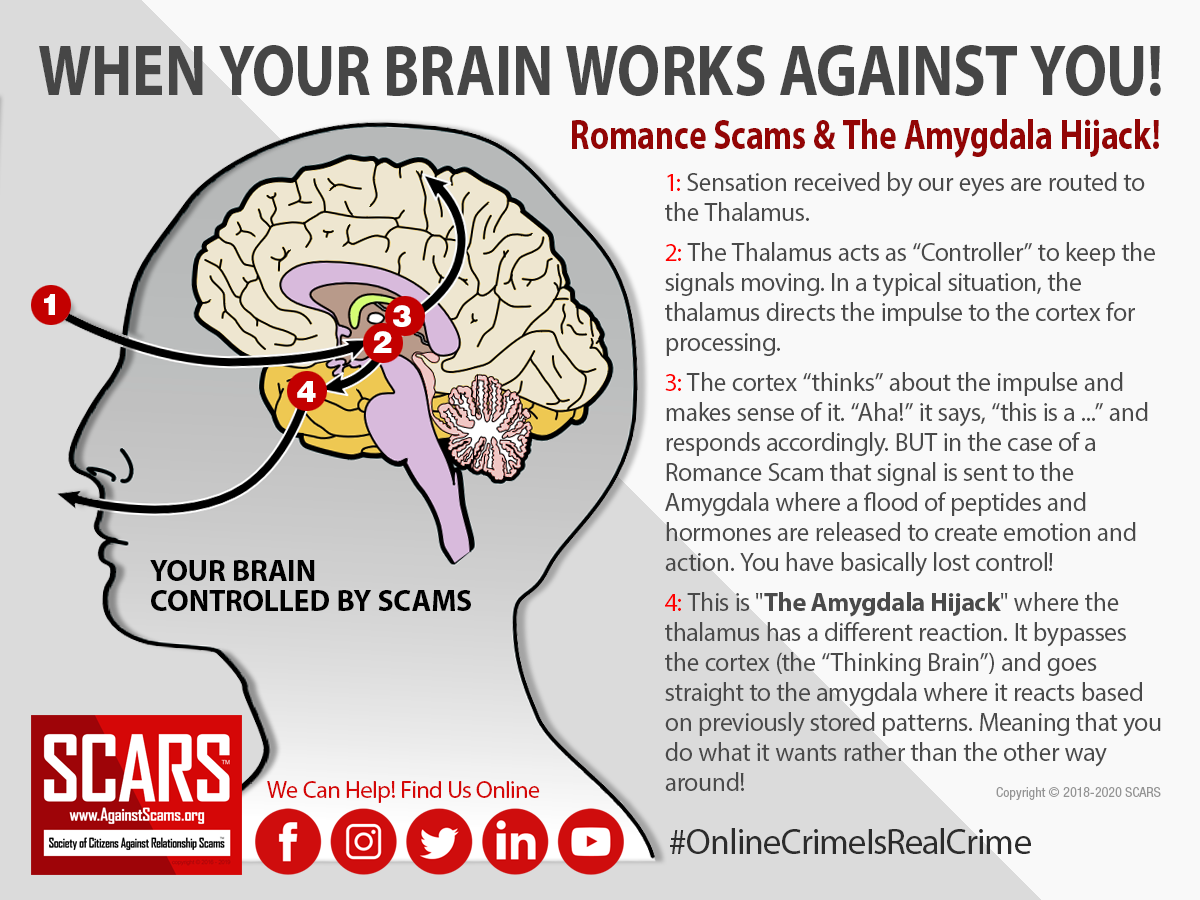 IF YOU ARE A ROMANCE SCAM VICTIM THEN YOU ARE A VICTIM OF THE AMYGDALA HIJACK!

One of the cornerstones of a Romance Scam (and it variations) is that before you are aware of it, your brain is hijacked. This happens when the scammer starts to tell you they love you – it happens because you have projected your own wants and desires onto your online relationship almost from the beginning, and when the trigger event (the “I love you”) happens your brain is charged and ready to turn off your thinking and run away emotionally.

This Is Called An “Amygdala Hijack”

As it turns out this is hard-wired into humans – mostly in the Fight or Flight reactions, but there are many others.

It is important for victims to learn about this, so you can learn to be more in control in the future, by avoiding situations where it can be so costly.

About The Amygdala Hijack

Amygdala hijack is a term coined by Daniel Goleman in his 1996 book Emotional Intelligence: Why It Can Matter More Than IQ. Drawing on the work of others, he uses the term to describe emotional responses from people which are immediate and overwhelming, and out of measure with the actual stimulus because it has triggered a much more significant emotional threat or response (such as when the scammer tells you they love you)!

Technically How It Works

Part of the thalamus’s (a part of your brain) stimuli go directly to the amygdala, while other parts are sent to the neocortex or “thinking brain”. If the amygdala perceives a match to the stimulus, i.e., if the record of experiences in the hippocampus tells the amygdala that it is a fight, flight, or freeze situation, then the amygdala triggers the HPA (hypothalamic-pituitary-adrenal) axis and hijacks the rational brain. This emotional brain activity processes information milliseconds earlier than the rational brain, so in case of a match, the amygdala acts before any possible direction from the neocortex can be received. If, however, the amygdala does not find any match to the stimulus received with its recorded threatening situations, then it acts according to the directions received from the neocortex. When the amygdala perceives a threat, it can lead that person to react irrationally and destructively.

Goleman states that emotions “make us pay attention right now—this is urgent—and gives us an immediate action plan without having to think twice. The emotional component evolved very early: Do I eat it, or does it eat me?” The emotional response “can take over the rest of the brain in a millisecond if threatened.” An amygdala hijack exhibits three signs: strong emotional reaction, sudden onset, and post-episode realization if the reaction was inappropriate.

“Self-control is crucial…when facing someone who is in the throes of an amygdala hijack” so as to avoid a complementary hijacking—whether in work situations or in private life. Thus for example: one key marital competence is for partners to learn to soothe their own distressed feelings…nothing gets resolved positively when the husband or wife is in the midst of an emotional hijacking. The danger is that “when our partner becomes, in effect, our enemy, we are in the grip of an ‘amygdala hijack’ in which our emotional memory, lodged in the limbic center of our brain, rules our reactions without the benefit of logic or reason…which causes our bodies to go into a ‘fight or flight’ response.”

In The Case Of Romance Scams

The result is that once you have been hijacked by the scammer’s setting you up, your brain ignores your “thinking” side. However, the scammer has to constantly reinforce this. They will also employ “Gaslighting” to get you to ignore your logical thinking as well. 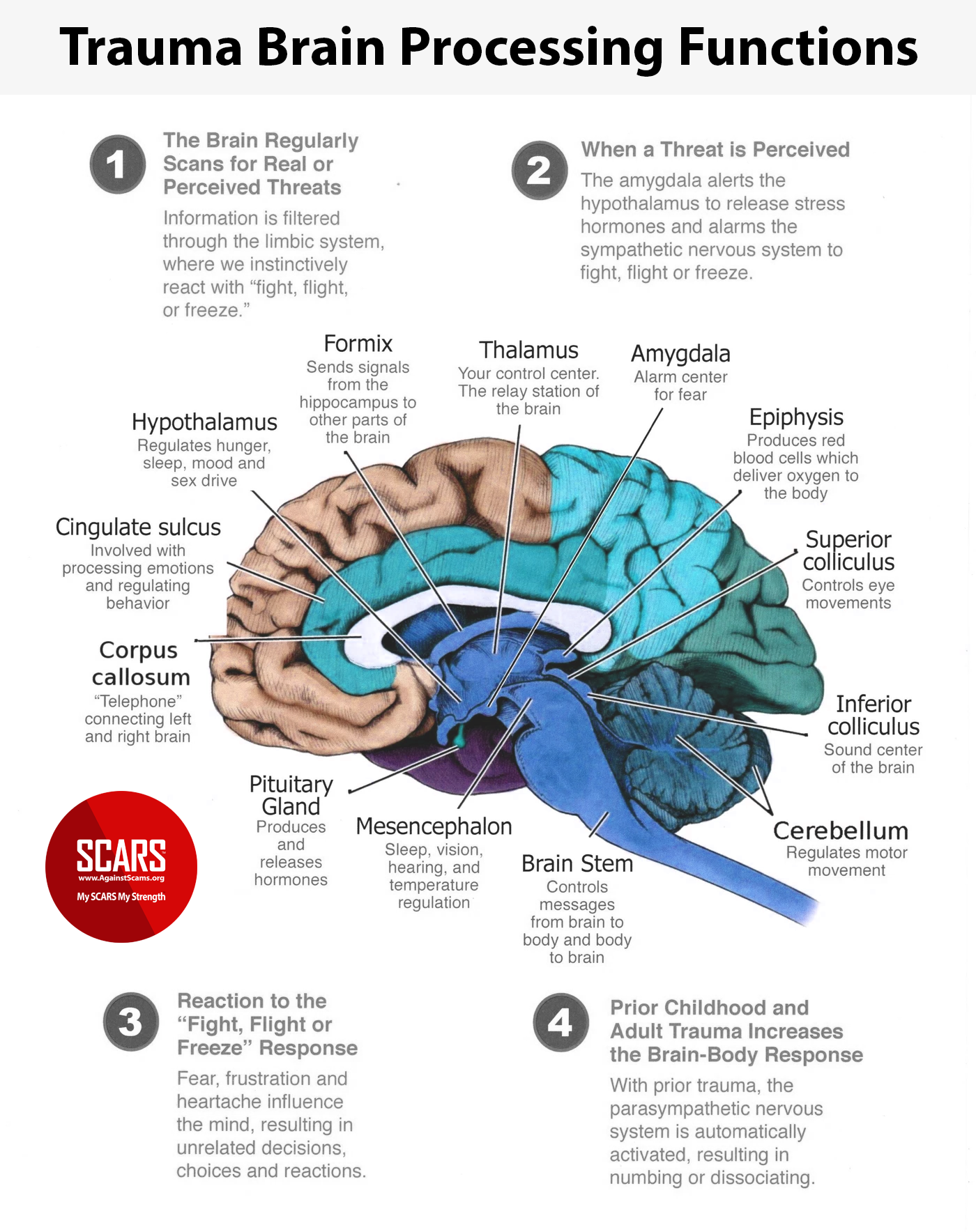 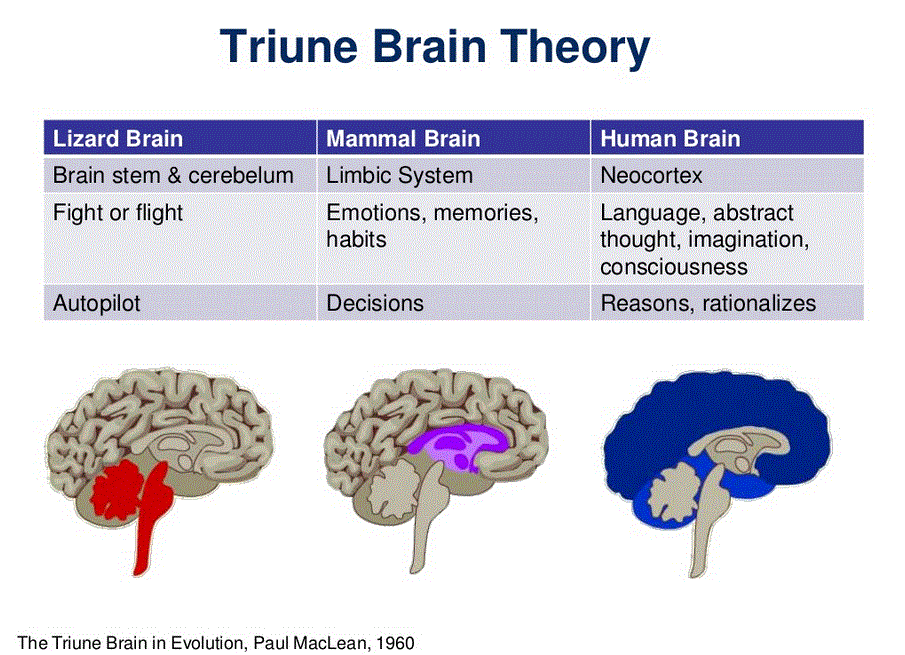