The Silent Threat – The Impact of Fraud on UK National Security

FRAUD AGAINST UK citizens, businesses and the UK public purse has reached epidemic levels – it is the ‘volume crime of our time’.

Extracted from the report (U.K. English) – republished with permission – see below for the full paper

Driven in part by growing public disquiet over the current response to fraud, 2020 saw increased political attention on the issue. The prevailing political  narrative, however, fails to convey the full impact of fraud on the UK, beyond the perspective of financial losses or the psychological impact on victims.

Furthermore, continued under-resourcing of the fraud response means that political rhetoric fails to match operational reality. The fraud response is seen as  continuing to fail the individuals, businesses and public bodies which fall victim to it with increasing regularity.

In order to inform a new approach to tackling fraud in the UK, this paper seeks to explore the broader social, economic and criminological impacts of fraud and  their particular intersection with the UK national security landscape. In doing so, it sets out the case for adopting a fundamentally different pathway for  responding to the problem.

It is the crime to which UK citizens are most likely to fall victim,2 and failures in the response to date have the capacity to undermine public confidence in the  rule of law. Its impact on the private sector has consequences for both the stability of individual companies and the broader reputation of the UK as a place to do  business. The scale of fraud against the public purse has been described as a ‘heist on public services’3 and has the capacity to undermine public faith and  trust in government.

Given the wider social and economic damage caused, the case for placing fraud in the national security context should no longer be overlooked. On this basis,  this paper makes the case for a new national security approach to tackling fraud, based on a ‘whole of system’ response, including a greater role for the  government intelligence architecture, a better resourced and coordinated policing response and increased coordination with the private sector. In reframing this  response, understanding fraud’s interplay with more established national security threats, such as serious and organised crime (SOC) and terrorism, is also  paramount. In the literature and government narrative to date, this relationship has been under-explored.

Second, therefore, this paper considers fraud as a vector of SOC. The very scale and nature of the most prevalent fraud typologies denote the involvement of  organised crime groups, given either the sheer volume or the need for specialist skills to perpetrate the fraud. Despite this, there are considerable intelligence  gaps surrounding fraud as an organised crime. This is particularly the case with regard to the threat emanating from overseas. This lack of understanding is  found to be both a symptom and a cause of the under-representation of fraud in the SOC-specific operational response, particularly in policing – the lack of  prioritisation being both symptomatic of the intelligence gaps and a cause of the limited intelligence picture needed to fill the gaps.

To remedy this, the paper recommends more focused intelligence tasking from the National Security Council, a greater emphasis on fraud within the Strategic  Policing Requirement and the breaking down of informational silos to make better use of cross-organisational data-matching tools.

Third, this paper explores fraud as a terrorist financing tool and finds ample examples of the ‘repurposing’ of well-established frauds to fulfil the financing needs  of a wide range of terrorist actors. In this context, frauds against individuals – including courier fraud, online sales-based fraud and identity fraud – and  the private sector echo many of the typologies seen in the organised crime sphere. On this basis, the paper makes the case for mandatory fraud investigation  training for counterterrorism investigators as a key alternative disruption tool.

The role of fraud against the public sector is also explored, including benefit, tax credit and student loan fraud, and the key role these variants play in  ‘supporting the terrorist rather than the terrorist act’.4 In assessing this, the paper makes the case for continuing the secondments of tax and benefits staff to the  National Terrorist Financial Investigation Unit.

The wider social and economic impacts of fraud make a clear case for reframing the UK’s fraud problem as a national security priority, for adopting a more  centrally led, ‘whole of system’ response and for considerably augmenting the resources within the policing and intelligence community specifically assigned to  tackling fraud. Furthermore, to ensure a better understanding of both the fraud threat and the way in which fraud acts as an enabler and vector of other threats,  the rebuilding and reframing of the fraud response should not be carried out in isolation, but should build in organisational and informational links to the SOC- and terrorism-specific responses.

In summary, we should no longer be making the case for fraud as a national security concern – we should question the risk of not doing so.

We view this as a significant change in the mentality of government on large-scale financial fraud and scams. This represents both a critical analysis and a pragmatic set of recommendations. While we feel this falls short of the solution that is truly required, we do feel that it is a framework that can be adopted and allow for further development. Our concern is that there was such a group created in the United States that was developing such strategies, but that the Biden administration has canceled it. We see no emphasis in the current administration on these issues, yet its impact on the U.S. economy and public is just as great (if not greater). 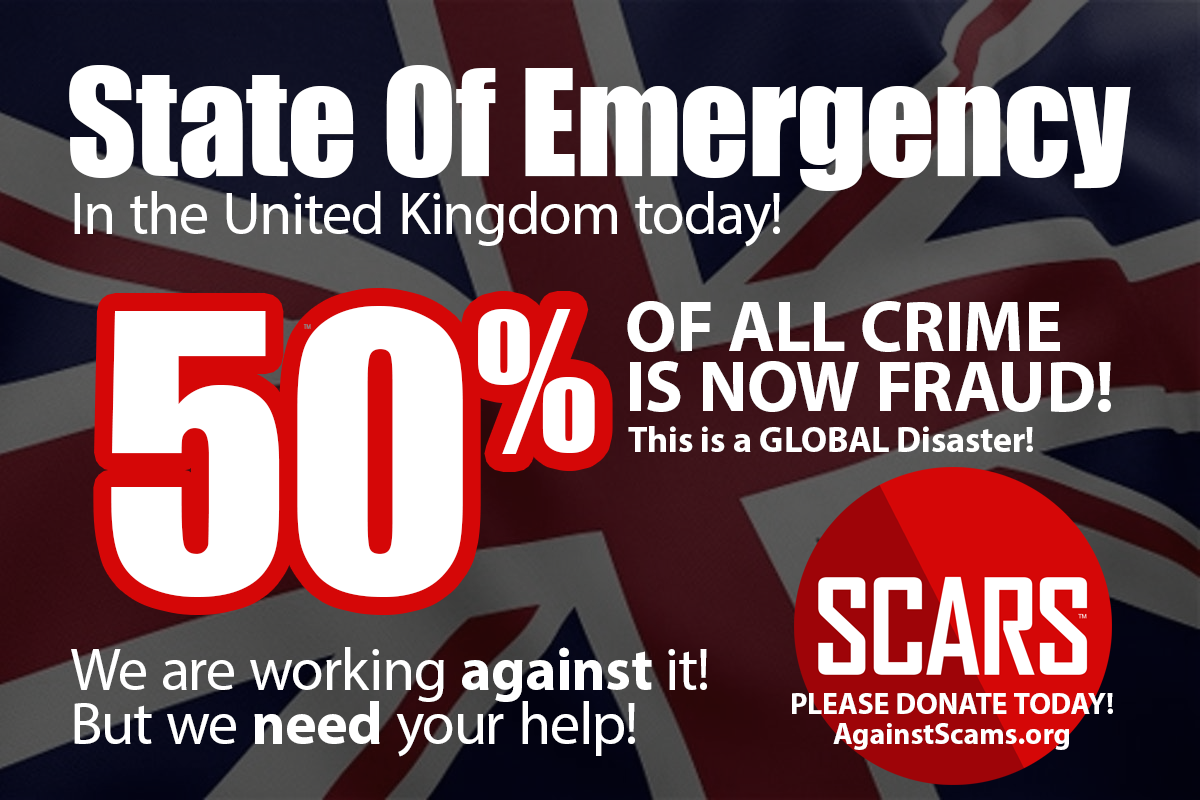