Business E-Mail CompromiseBusiness E-mail Compromise This financial fraud targets businesses engaged in international commerce. Scammers gain access to company e-mail and trick employees into sending money to a “supplier” or “business partner” overseas. ScamScam A Scam is a confidence trick - a crime -  is an attempt to defraud a person or group after first gaining their trust through deception. Scams or confidence tricks exploit victims using their credulity, naïveté, compassion, vanity, irresponsibility, or greed and exploiting that. Researchers have defined confidence tricks as "a distinctive species of fraudulent conduct ... intending to further voluntary exchanges that are not mutually beneficial", as they "benefit con operators ('con men' - criminals) at the expense of their victims (the 'marks')". A scam is a crime even if no money was lost. Warning

Across The World, Businesses Are Losing Over USD$100,000,000,000 A Year In BEC ScamsScams A Scam is a confidence trick - a crime -  is an attempt to defraud a person or group after first gaining their trust through deception. Scams or confidence tricks exploit victims using their credulity, naïveté, compassion, vanity, irresponsibility, or greed and exploiting that. Researchers have defined confidence tricks as "a distinctive species of fraudulent conduct ... intending to further voluntary exchanges that are not mutually beneficial", as they "benefit con operators ('con men' - criminals) at the expense of their victims (the 'marks')". A scam is a crime even if no money was lost.

This is also 100% preventable with basic knowledge and safeguards

FBIFBI FBI - Federal Bureau of Investigation The Federal Bureau of Investigation (FBI) is the domestic intelligence and security service of the United States and its principal federal law enforcement agency. Operating under the jurisdiction of the United States Department of Justice, the FBI is also a member of the U.S. Intelligence Community and reports to both the Attorney General and the Director of National Intelligence. A leading U.S. counter-terrorism, counterintelligence, and criminal investigative organization, the FBI has jurisdiction over violations of more than 200 categories of federal crimes, including financial fraud. Warns American Business Owners of Business E-Mail Compromise Scam

FBI Has Important Information For Area Business Owners Who Find Themselves The Victim Of A Business E-Mail Compromise Scam (BEC also known as CEO Scams).

This sophisticated financial fraudFraud In law, fraud is intentional deception to secure unfair or unlawful gain (money or other assets), or to deprive a victim of a legal right. Fraud can violate civil law (e.g., a fraud victim may sue the fraud perpetrator to avoid the fraud or recover monetary compensation) or criminal law (e.g., a fraud perpetrator may be prosecuted and imprisoned by governmental authorities), or it may cause no loss of money, property, or legal right but still be an element of another civil or criminal wrong. The purpose of fraud may be monetary gain or other benefits, for example by obtaining a passport, travel document, or driver's license, or mortgage fraud, where the perpetrator may attempt to qualify for a mortgage by way of false statements. A fraud can also be a hoax, which is a distinct concept that involves deliberate deception without the intention of gain or of materially damaging or depriving a victim. targets businesses of all types, especially those who regularly perform wire transfers. In addition to using spoofed e-mail accounts, the actors often compromise valid business e-mail accounts through social engineeringSocial Engineering Social engineering is the psychological manipulation of people into performing actions or divulging confidential information. It is used as a type of confidence trick for the purpose of information gathering, fraud, or system access, it differs from a traditional "con" in that it is often one of many steps in a more complex fraud scheme. It has also been defined as "any act that influences a person to take any action that may or may not be in their best interests." or computer intrusion techniques to initiate wire transfers on the criminalCriminal A criminal is any person who through a decision or act engages in a crime. This can be complicated, as many people break laws unknowingly, however, in our context, it is a person who makes a decision to engage in unlawful acts or to place themselves with others who do this. A criminal always has the ability to decide not to break the law, or if they initially engage in crime to stop doing it, but instead continues.’s behalf. 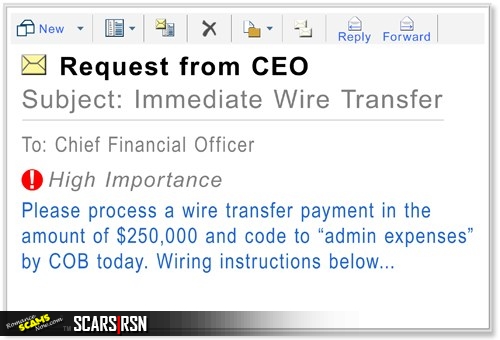 Over the last two years, the FBI’s Internet Crime Complaint Center (IC3.gov) has seen a 2,370% increase in actual and attempted BEC losses, affecting businesses in all 50 states and 131 countries. Since October 2013, those losses total well over $5 billion in the Chicago area alone. Some estimates are that this is over US$100 billion annually (2021).

Business owners who believe they have been caught up in a BEC scam should always contact their bank immediately. The next step is to contact law enforcement. Investigators say that deciding which law enforcement agency to contact in this situation can be confusing.

Each FBI Field office is home to a Business E-mail Compromise Task Force for that area. These local task forces are a joint effort between the FBI, United States Postal Inspection Service, Federal Housing Finance Agency, Local Police Departments, US Treasury Department, US Homeland Security Investigations, Office of Labor Racketeering and Fraud Investigations, and the Board of Governors of the Federal Reserve System Consumer Financial Protection BureauCFPB The Consumer Financial Protection Bureau is a United States government agency. The Consumer Financial Protection Bureau (CFPB) is a 21st century agency that helps consumer finance markets work by making rules more effective, by consistently and fairly enforcing those rules, and by empowering consumers to take more control over their economic lives. CFPB LINK. They were established in November 2016 to assist regional businesses facing the BEC threat.

Sending an email to BEC@ic.fbi.gov is the best and easiest way to contact the BEC task force. In your message, include the following:

Investigators say it is critical to contact law enforcement as soon as possible. In order to provide the best opportunity for the recovery of your funds, the BEC Task Force must be in a position to take action within 72 hours of the money leaving your account via a wire transfer.

Since its formation, the FBI BEC Task Force has stopped millions of dollars in wire transfers from being completed by cybercriminals. 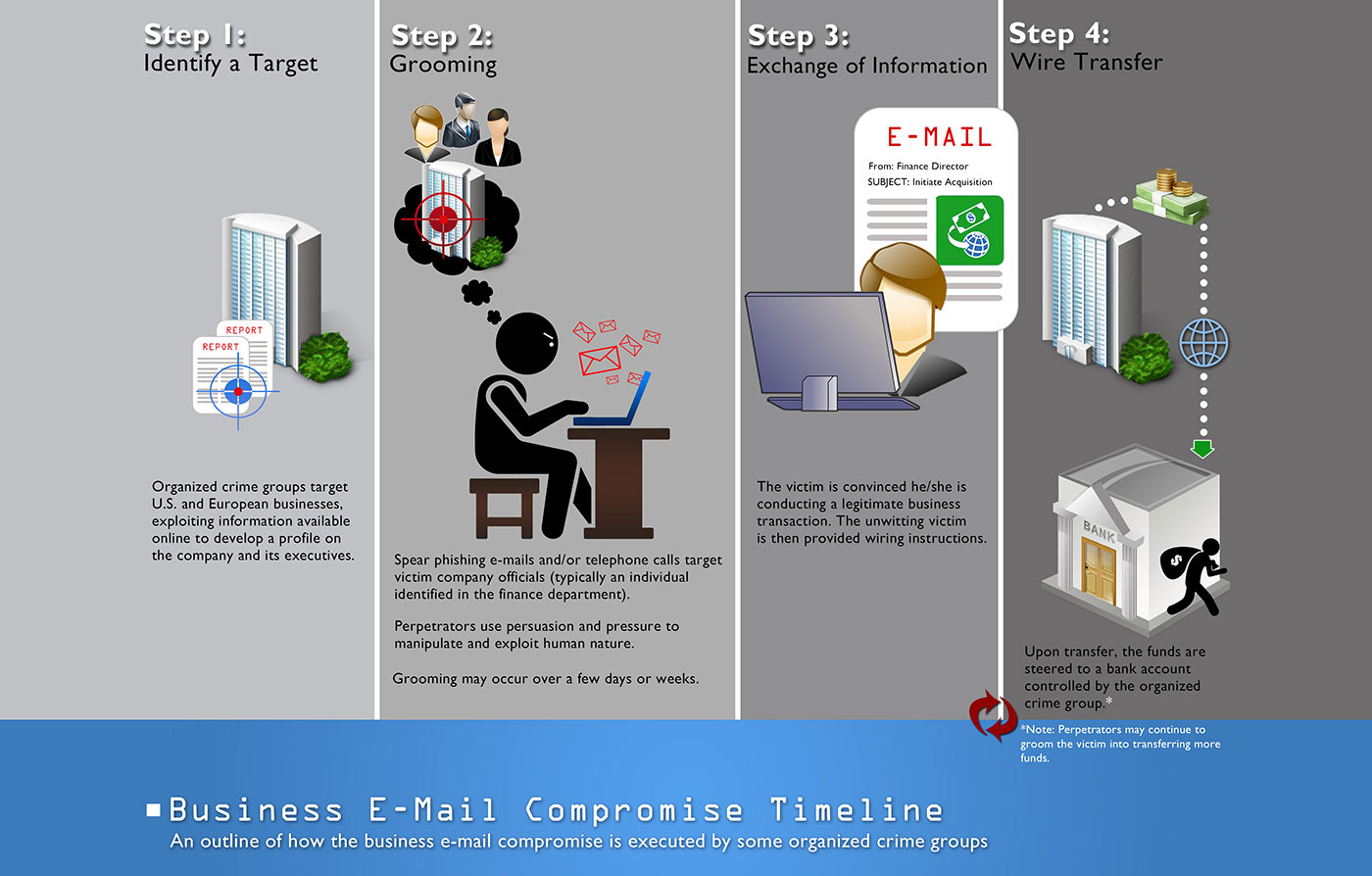