Scammers are professionals and have developed techniques to stay connected with their victims at moments of crisis.

An example of this is this comment left on our site by a victim. We present it to illustrate a point:

I was chatting with Asian guy claimed to be a major and deployed in Kabul Afghanistan. His parents died in a plane crash and ex-wife died in a car accident. His daughter is 12years old in a boarding school his name is Henry Lee, He told me that He loves me. After 3 weeks of chatting, he claimed he went on a mission and got injured, then he needed money to flight to the US. I suspected something was wrong and asked if he is a scammer.

He then said he doesn’t want the money as long as I stay with him, he will figure out ways to come home, and visit me to prove to me He is Henry Lee. After that he started to ask for nude pictures and I knew he wanted to use nude pictures to blackmail me. I am not stupid to send him nude pictures. I said I will stop talking to him and he accused me of hurting him badly.

After that I started using google image to search with his photos and search for him on the Facebook, I found so many accounts were open under different first name and all with his photos. Such as Charles Lee, Johnson Lee, Leo Lee etc. Now I am sure that he is definitely a scammer.

What it is showing is that when you confront a scammer they adapt and spin the interaction in a different direction. Most of the time they are going to be smarter and more experienced at this than you are.

In this case, after the victim confronted the scammer he “dodged” the issue and claimed he did not want the money after all. This is what we call a “Scammer Dodge.”

The purpose of the Dodge is to deflect the victim’s objection and allow for another means to get what the scammer wants. In this case, it was to switch over to a Sextortion opportunity. In such cases, the scammer will dodge over to blackmail, threats, sextortion, or other tactics. They will keep trying until the victim finally quits and blocks the scammer.

But even then, the scammer is not going to give up. They will try other contact means, such as phone and email. They may even come back in another identity and use what they learned the first time to be a better fake persona.

Another Dodge is when they say they don’t need the money because someone else is sending them the money, they just need the victim to receive it for the scammer and then forward it. This is how scammers convert victims to MULES many times. They turn a romance scam that is not yielding any money into something else.

When all else fails, then they will add your name to the lists that are passed around and sold to other scammers. At this stage, the victim has to have learned to avoid all contact with strangers or they will be drowning in scammers. 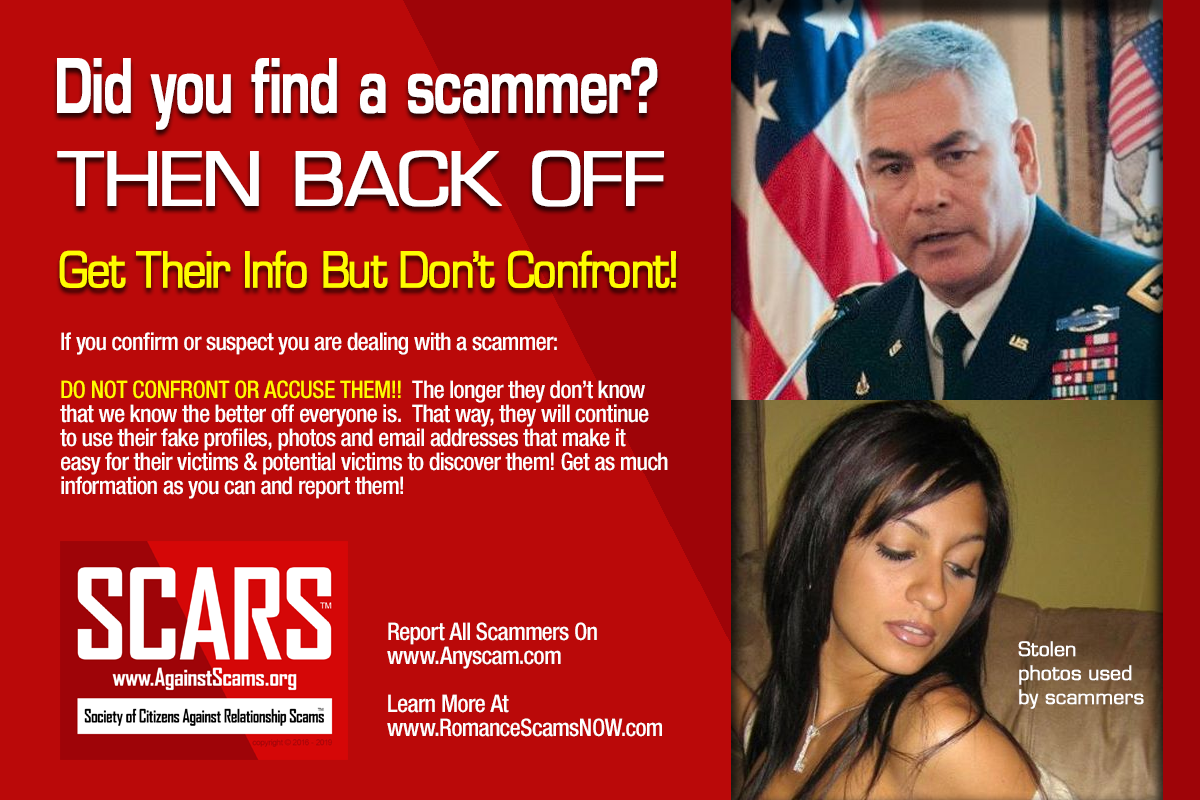