Lost Pet ScamScam A Scam is a confidence trick - a crime -  is an attempt to defraud a person or group after first gaining their trust through deception. Scams or confidence tricks exploit victims using their credulity, naïveté, compassion, vanity, irresponsibility, or greed and exploiting that. Researchers have defined confidence tricks as "a distinctive species of fraudulent conduct ... intending to further voluntary exchanges that are not mutually beneficial", as they "benefit con operators ('con men' - criminals) at the expense of their victims (the 'marks')". A scam is a crime even if no money was lost. – Going For Your Heart

A SCARSSCARS SCARS - Society of Citizens Against Relationship Scams Inc. A government registered crime victims' assistance & crime prevention nonprofit organization based in Miami, Florida, U.S.A. SCARS supports the victims of scams worldwide and through its partners in more than 60 countries around the world. Incorporated in 2015, its team has 30 years of continuous experience educating and supporting scam victims. Visit www.AgainstScams.org to learn more about SCARS. Special Report

THIS IS AN IDENTITY THEFTIdentity Theft Identity theft is when someone uses another person's personal identifying information, without their permission, to commit fraud or other crimes. In both the U.K. and the United States it is the theft of personally identifiable information. Identity theft deliberately uses someone else's identity as a method to gain financial advantages or obtain credit and other benefits, and perhaps to cause other person's loss. The person whose identity has been stolen may suffer adverse consequences, especially if they are falsely held responsible for the perpetrator's actions. Personally identifiable information generally includes a person's name, date of birth, social security number, driver's license number, bank account or credit card numbers, PINs, electronic signatures, fingerprints, passwords, or any other information that can be used to access a person's financial resources. & IMPERSONATIONImpersonation An impersonator is someone who imitates or copies the behavior or actions of another. There are many reasons for impersonating someone, such as: part of a criminal act such as identity theft, online impersonation scam, or other fraud. This is usually where the criminal is trying to assume the identity of another, in order to commit fraud, such as accessing confidential information or to gain property not belonging to them. Also known as social engineering and impostors. ATTACK

What To Watch Out For:

A new scam is targeting owners of lost pets.

The scammers text the lost pet’s owner claiming they have the dog or cat but request a “code” in return for the owner to see a picture of the pet.

One victim said “I got a message from a guy saying he found her, he messaged me through Craigslist saying I need to send him a verification code, so he could send me images and I could pick her up,” who is owner of a Chihuahua mix that went missing.

After the pet was lost the owner went and looked for it, asked neighbors, posted signs locally, and posted it on their social media – that was the triggerTRIGGERS A trigger is a stimulus that sets off a memory of a trauma or a specific portion of a traumatic experience. for the scammers.

The owner then received a text message that someone had found their pet. But the person asked him multiple times to send him a verification code that was texted to the owner’s cell phone number – much like website platforms do to confirm identity (but this lets the scammers actually confirm that a person really has a mobile phone number – the two together can be used to steal an identity).

The codes having a message included stating: “####### is your Google verification code. Don’t share this with anyone.” But they could just as easily be from Facebook, Instagram or any other platform.

Scammers exploit emotions, it is something they are expert at – just look at romance scamsScams A Scam is a confidence trick - a crime -  is an attempt to defraud a person or group after first gaining their trust through deception. Scams or confidence tricks exploit victims using their credulity, naïveté, compassion, vanity, irresponsibility, or greed and exploiting that. Researchers have defined confidence tricks as "a distinctive species of fraudulent conduct ... intending to further voluntary exchanges that are not mutually beneficial", as they "benefit con operators ('con men' - criminals) at the expense of their victims (the 'marks')". A scam is a crime even if no money was lost., sextortion, grandparent scams, and more.

The scammer then started asking the owner for their friends and family members’ phone numbers and asked for the codes texted to their phones.  So now, the scammers are confirming a whole chain of contacts that can be exploited.

According to the Better Business Bureau on what exactly scammers are doing with these codes. One reason they stated is the scammers are creating Google Voice numbers to scam more people.

“Perhaps they are trying to steal your identity because this number is attached to this person. They might try and spoof your phone and make a google phone number and start contacting people as if they were you,”  the BBB said.

She said scammers are finding posts through social media and targeting people while they are vulnerable and upset about their pet being lost.

“Scammers will pressure you. They want that sense of urgency, they want you to react with your emotions and not take a stepback and analyze what’s going on,” Villagrana said.

Here Is The Secret Behind The Codes

As many know, you need verification codes to open new accounts on many platforms. The verification process often requires a code texted to a cell phone.

What the scammers are doing is using victims’ phone numbers when they set up these accounts, but they do not have the actual phones that correspond to those numbers – the victim does.

Not A Normal Financial FraudFraud In law, fraud is intentional deception to secure unfair or unlawful gain (money or other assets), or to deprive a victim of a legal right. Fraud can violate civil law (e.g., a fraud victim may sue the fraud perpetrator to avoid the fraud or recover monetary compensation) or criminal law (e.g., a fraud perpetrator may be prosecuted and imprisoned by governmental authorities), or it may cause no loss of money, property, or legal right but still be an element of another civil or criminal wrong. The purpose of fraud may be monetary gain or other benefits, for example by obtaining a passport, travel document, or driver's license, or mortgage fraud, where the perpetrator may attempt to qualify for a mortgage by way of false statements. A fraud can also be a hoax, which is a distinct concept that involves deliberate deception without the intention of gain or of materially damaging or depriving a victim. Scam

In many cases, once they have the new account set up under the victim’s name, they will copy everything from the victim’s social media (Facebook or Instagram) profiles to make the fake ones look more real.

They may even create a fundraiser for the lost pet or some other reason to get a few extra dollars from friends, family, and others in the process!

This is being done typically out of Indian and Asian contact centers that have switched from legitimate telemarketing or business process outsourcing over to scamming. Then once these accounts are created, they will be sold on the DarkWeb. See here: Facebook Profiles For Sale Cheap

All The Red Flags

Like most socially engineered scams, this one has all the hallmark characteristics:

If Your Pet Gets Stolen Or Goes Missing:

Scammers need each person to be available and vulnerable before they can use them. Unfortunately, everyone can be scammed and this is just one more example of that.

Every person has a duty to report these crimes, without that the scammers get away. While law enforcement along with crime prevention organizations are doing their part, each person has to help by reporting and supporting. 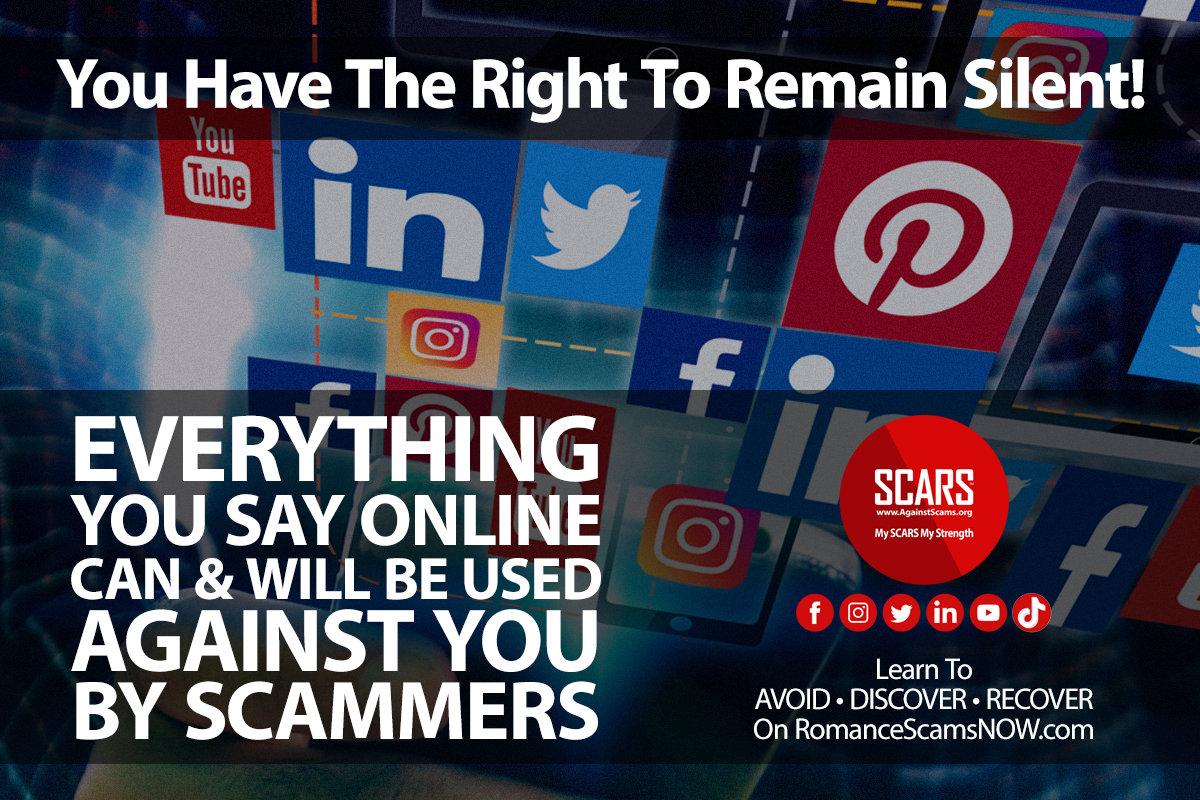 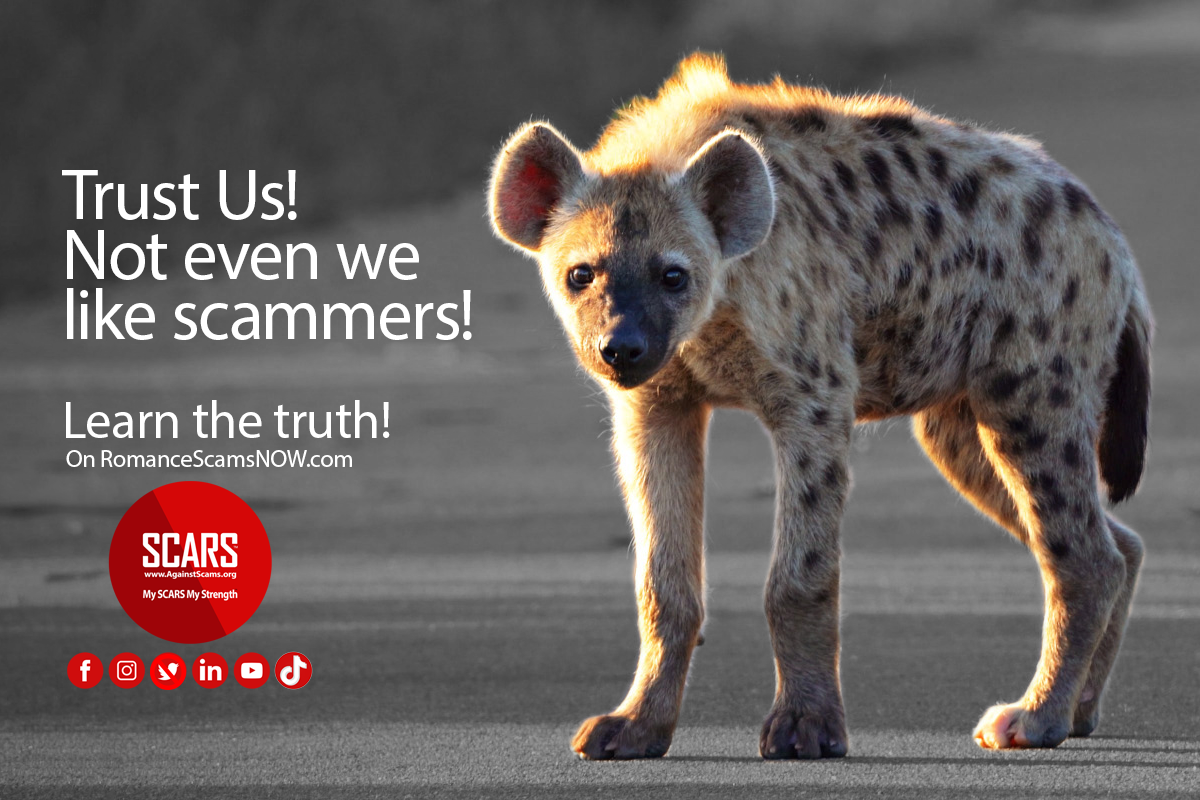