SCARSSCARS SCARS - Society of Citizens Against Relationship Scams Inc. A government registered crime victims' assistance & crime prevention nonprofit organization based in Miami, Florida, U.S.A. SCARS supports the victims of scams worldwide and through its partners in more than 60 countries around the world. Incorporated in 2015, its team has 30 years of continuous experience educating and supporting scam victims. Visit www.AgainstScams.org to learn more about SCARS.™ Memorial: The Tragic Story Of Khadijat

This Is The Story Of A Young Woman Who Was Murdered As A Part Of A Nigerian Yahoo Ritual. 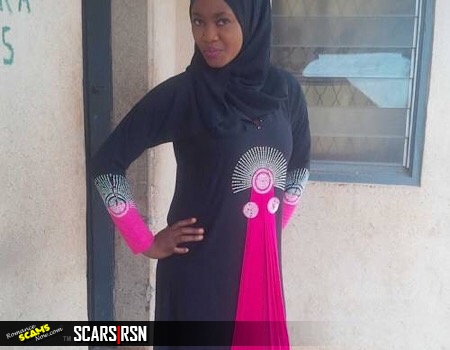 The tragic story of Khadijat

The following is reprinted from the Nigerian New Media. We are reprinting it as written. It will sound odd, and that is the reason.

THERE is a sense in which the recent murder of Miss Khadijat Adenike Oluboyo, the daughter of the immediate past deputy governor of Ondo State, Alhaji Lasisi Oluboyo, allegedly at the hands of her lover of eight years, represents a sad commentary on the abyss into which national values have sunk in Nigeria. Not only does the narrative of Khadijat’s killing drip with the increasingly loose, lewd and base direction of youth life, it also poignantly shows how futile the attempt to affect their cognition and thought processes through education has been. A university graduate, Khadihat’s lover had, without qualms, told the police how he was recruited into the gangGang A gang is normally a group or society of associated criminals with a defined leadership and internal organization that identifies with or claims control over a territory or business practice in a community and engages, either individually or collectively, in illegal, and possibly violent, behavior. Online gangs are not limited by territory and may operate side by side with other gangs while engaging in crime online. Some members of criminal gangs are initiated (by going through a process of initiation), or have to prove their loyalty and right to belong by committing certain acts, usually theft or violence, or rituals. Gangs are usually rougher and more visible than scammer cartels, and more often arrested. of dupes called yahoo boys, thus confirming the claim of the bereaved father that his daughter was murdered for purposes of money-making rituals.

Khadijat was killed in the bid for voodoo money which social commentators affirm is the latest fad in town among “the big boys.” The big boys are the noveaux riches who have little or no means of livelihood but cultivate extravagant lifestyles through fraudFraud In law, fraud is intentional deception to secure unfair or unlawful gain (money or other assets), or to deprive a victim of a legal right. Fraud can violate civil law (e.g., a fraud victim may sue the fraud perpetrator to avoid the fraud or recover monetary compensation) or criminal law (e.g., a fraud perpetrator may be prosecuted and imprisoned by governmental authorities), or it may cause no loss of money, property, or legal right but still be an element of another civil or criminal wrong. The purpose of fraud may be monetary gain or other benefits, for example by obtaining a passport, travel document, or driver's license, or mortgage fraud, where the perpetrator may attempt to qualify for a mortgage by way of false statements. A fraud can also be a hoax, which is a distinct concept that involves deliberate deception without the intention of gain or of materially damaging or depriving a victim. and various wild schemes and scamsScams A Scam is a confidence trick - a crime -  is an attempt to defraud a person or group after first gaining their trust through deception. Scams or confidence tricks exploit victims using their credulity, naïveté, compassion, vanity, irresponsibility, or greed and exploiting that. Researchers have defined confidence tricks as "a distinctive species of fraudulent conduct ... intending to further voluntary exchanges that are not mutually beneficial", as they "benefit con operators ('con men' - criminals) at the expense of their victims (the 'marks')". A scam is a crime even if no money was lost.. Max Weber, the famous 19th century social scientist, once posited that one of the “functions of science was to disenchant the universe,” by which he meant the suspension of myths and superstitions. But in Nigeria, young people are returning to the medieval age and resurrecting myths and superstitions in their quest for the means with which to cope with modern-day challenges.

Their peers in the West, people like Mark Zuckerberg of Facebook, have created immense wealth for themselves using their ingenuity and intellect. They created universal platforms for social communication through digital technology. Sadly, however, Nigerian youths would prefer the bizarre method of gory and gruesome murder to, in their wild imagination, attract wealth through voodoo. Often, people are propelled into action by their knowledge and persuasions and it is tragic that the country’s youths seem to have been persuaded, ensnared and obviously propelled into these bizarre actions by atavism. They must have watched their fathers in politics and the bureaucracy visiting shrines and thought it fit and proper to replicate such means for immediate social prominence. This is certainly a development for which a disoriented society like Nigeria must take the rap.

The youths pick their models from their immediate environment in politics and business and, to be frank, there aren’t many in these sectors to provide any positive inspiration. Many of these youths are more disoriented than the society that has produced them. They want immediate gratification in their quest for sudden wealth. The gap of inequality between the rich and the poor has also increased the desperation among the people. They seek immediate wealth with scant regard for the legitimacy or otherwise of the means for doing so. There is also the influence of peer groups on these youths. Truth be told, the older generation is not quite exemplary in form and content, and is offering no help to the incoming generations.

It is unfortunate and regrettable that these youths are already too immersed in living on the fast lane to have any sense of moral rectitude and retrace their steps. To a great extent, parents and guardians have been negligent in giving them a positive direction during their socialisation processes. For the youths, for whom experts insist that examples are better than precepts, it is little wonder that they have eventually turned up the way they have. The Nigerian society, in particular government at all levels, must urgently contemplate redeeming these disoriented youths for the sake of the country’s future.

The National Orientation Agency (NOA) and other information agencies have a great responsibility to offer a moral compass through the available platforms to influence the thinking of the youths and hopefully their eventual actions. It is dangerous to have the young generation hooked to an obviously redundant belief system in a world gravitating towards science, technology and artificial intelligenceArtificial intelligence Artificial intelligence (AI) is wide-ranging branch of computer science concerned with building smart machines capable of performing tasks that typically require human intelligence. Machine learning is a subset of Artificial Intelligence.. In that world, they will be savages long overdue for extinction. We commiserate with the Oluboyos and wish them the fortitude to bear the irreparable loss. Needless to say, the killer must get his just deserts.

To most of us, it is incomprehensible how human beings can be used in rituals to steal from others. Yet the Nigerian subculture of Yahoo Yahoo (Yahoo Boys or Yahoo Plus) does exactly that. 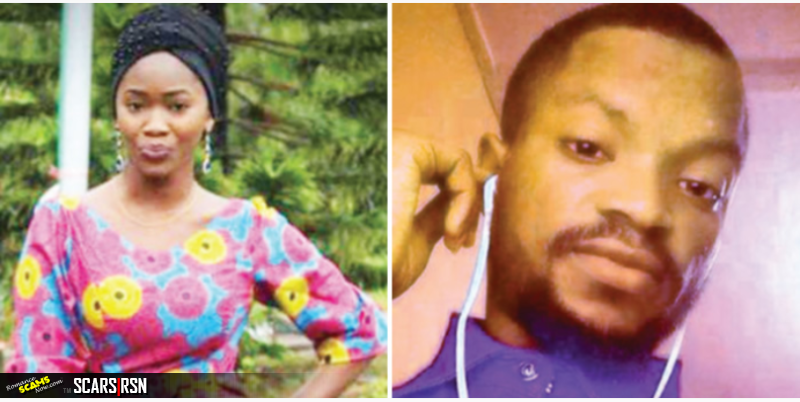 From another article about this tragedy:

Adenike, who was reported missing a few days ago was found dead in Akure, the state capital, at her boyfriend’s house, Vanguardreports. Sources say they had been dating for a couple of years but broke up for a long while, and recently reconnected.

She was reportedly found dead under the bed of her Abuja-based boyfriend, Adeyemi Alao, in Oke-Aro area of the city on Thursday, after she was allegedly murdered for money rituals, Guardian reports.

Reports state that Khadijat, who lived at State House Villa, around the permanent site of Adekunle Ajasin University, Akungba Akoko, and was a final year student of the institution, was reported missing for six days by her friends and family.

While confirming the incident, the state Police Public Relations Officer, Femi Joseph, noted that the body of the deceased was found, following a tip-off. Joseph added that some arrests had been made in connection with the death of Khadijat, assuring that full briefing would be conducted in the next 48 hours by the command after the completion of investigations.

This is sad news , the whole incident  got me really worried because I feel like as single ladies, we need to be cautious and smart when dealing with the opposite sex. I mean, no lady should risk her life for the sake of any relationship.

The rate at which young men with evil intentions are looking for money these days is very alarming. They can take drastic measures to achieve wealth overnight. While we’re not accusing Alao of killing his girlfriend (because innocent until proven guilty right? Plus investigations are still ongoing), there is no doubt that she died under very suspicious circumstances while visiting him.

Given the situation, I would like to share some safety tips for all the young women out there who are currently in a relationship or about to go on a first date:

3.  Be wary of the new friends you make, especially anyone introduced by a business associate or friends. Don’t socialize with strangers too soon and be very sensitive

5. Limit your alcohol consumption when visiting anyone, I guess ladies can be easily taken advantage of when they are intoxicated.

SCARS, RSN, Romance Scams Now, SCARS|GLOBAL, SCARS, Society of Citizens Against Relationship Scams, Society of Citizens Against Romance Scams, SCARS|ANYSCAM, Project Anyscam, Anyscam, SCARS|GOFCH, GOFCH, SCARS|CHINA, SCARS|CDN, SCARS Cybercriminal Data Network, Cobalt Alert, ScamScam A Scam is a confidence trick - a crime -  is an attempt to defraud a person or group after first gaining their trust through deception. Scams or confidence tricks exploit victims using their credulity, naïveté, compassion, vanity, irresponsibility, or greed and exploiting that. Researchers have defined confidence tricks as "a distinctive species of fraudulent conduct ... intending to further voluntary exchanges that are not mutually beneficial", as they "benefit con operators ('con men' - criminals) at the expense of their victims (the 'marks')". A scam is a crime even if no money was lost. Victims Support GroupSupport Group In a support group, members provide each other with various types of help, usually nonprofessional and nonmaterial, for a particular shared, usually burdensome, characteristic, such as romance scams. Members with the same issues can come together for sharing coping strategies, to feel more empowered and for a sense of community. The help may take the form of providing and evaluating relevant information, relating personal experiences, listening to and accepting others' experiences, providing sympathetic understanding and establishing social networks. A support group may also work to inform the public or engage in advocacy. They can be supervised or not. SCARS support groups are moderated by the SCARS Team and or volunteers., are all trademarks of Society of Citizens Against Relationship Scams Incorporated.