SCARSSCARS SCARS - Society of Citizens Against Relationship Scams Inc. A government registered crime victims' assistance & crime prevention nonprofit organization based in Miami, Florida, U.S.A. SCARS supports the victims of scams worldwide and through its partners in more than 60 countries around the world. Incorporated in 2015, its team has 30 years of continuous experience educating and supporting scam victims. Visit www.AgainstScams.org to learn more about SCARS.™ Insight: The “Pig Pen” SyndromeSyndrome It is a group of symptoms that can consistently occur together or a condition characterized by a set of associated symptoms.

“SHIT HAPPENS” IS THE OLD SAYING

Sometimes It Happens A Lot And Doesn’t Stop – Did You Ever Think You Might Be The Cause?

Some people believe in the Karmic Wheel, but while that may influence luck on a long-term scale, it probably is not the cause. 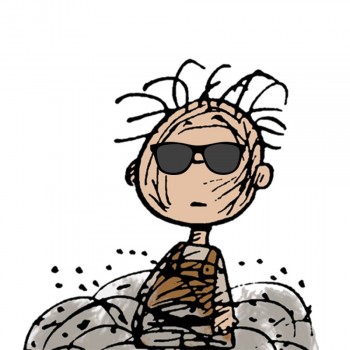 Pig Pen from the Peanuts

The Cause Is What We Call The “Pig Pen Syndrome.”

“Pig-Pen” is a major male character in the Peanuts comic strip © by Charles M. Schulz. He is best known as the little boy with a cloud of dirt that constantly follows him.

DO YOU ALWAYS HAVE A DARK CLOUD OVER YOUR HEAD?

At least since you were scammed?

The Theory Is That It Is All Psychological!

When something bad happens, people tend to shut down, this means they stop avoiding risks, stop taking precautions, and stop their own positive mentality. This, in turn, tends to invite more problems due to the lack of avoidance, the lack of concern, the lack of care.

Decisions become much more emotional. Small events cause larger emotional reactions that ripple through your life, creating other larger waves, that create others and so on.

Each event is not dampened, but rather amplified, because your emotional state doesn’t see it as the isolated thing it is – instead it is all part of the “universe hates you.”

Events feel like they carry from one into another, instead of just being momentary problems to be solved and forgotten.

Eventually, your own emotional exhaustion tends to drain the possible reactions from your life, and you can begin to separate them again, creating the opportunity for HOPE.

But HOPE is very infectious. It breeds. It is also intoxicating if you let it be. That is what caused the opportunity for the scamScam A Scam is a confidence trick - a crime -  is an attempt to defraud a person or group after first gaining their trust through deception. Scams or confidence tricks exploit victims using their credulity, naïveté, compassion, vanity, irresponsibility, or greed and exploiting that. Researchers have defined confidence tricks as "a distinctive species of fraudulent conduct ... intending to further voluntary exchanges that are not mutually beneficial", as they "benefit con operators ('con men' - criminals) at the expense of their victims (the 'marks')". A scam is a crime even if no money was lost. originally.

Hope is like the glass of wine you have at dinner – just one glass and you are feeling fine. Two glasses become three and four, and then you fall and break the glass and cut yourself.

Some people abuse hope and live in fantasies, using it like a drug. Most take one glass (ok, sometimes two) but know our limit. Some never learn this or forget this while in the control of the drug.

Once you have overdosed on hope (in other words let yourself be scammed), you need to understand the power of this drug. You need to recover and maintain your sobriety. You can have a glass, but YOU need to control yourself or you will again be the “Pig Pen” out on the street living a life of misery.

Hope is one of those curious miracle drugs. It can help you through the worst of time, but hope can also turn dark when it becomes a fantasy that holds back reality. And leads you to places where evil lives.

Be realistic in your hope. Enjoy hope with wide eyes instead of blinders!

Be hopeful and not hopeless, just do not let hope c