The Federal Trade Commission is reminding consumers that scammers are increasingly trying to make a buck by falsely claiming to be Uncle Sam. Monthly complaints to the FTC’s Consumer Sentinel Network about scammers pretending to be from the government reached the highest levels on record this spring.

Since 2014, consumers have filed nearly 1.3 million reports about these cons, far more than any other type of fraud. The FTC received about 46,600 complaints in May alone from consumers who were contacted by someone falsely claiming to be from the Social Security Administration, Internal Revenue Service, or another government entity, according to the latest FTC Consumer Protection Data Spotlight. These scammers may tell people that their Social Security number has been suspended, which does not happen, or that they are facing arrest because they owe back taxes, and demand payment from the consumer to avoid getting into trouble. Often, they demand that a consumer pay with a gift card, which is a dead giveaway that the consumer is dealing with a scammer.

While only 6 percent of consumers who report a government imposter scam say they lost money, when people do report a loss, it is a significant amount. The median amount consumers reported losing to a government imposter scam from January 2018 through May of this year was $960. Consumers under the age of 60 report losing money at higher rates than consumers over that age, but the median individual reported losses increase with age.

The FTC warns consumers to be suspicious if they receive a call out of the blue from someone claiming to be from a government agency. You can find additional tips on how to avoid government imposter scams in the FTC’s latest data spotlight. 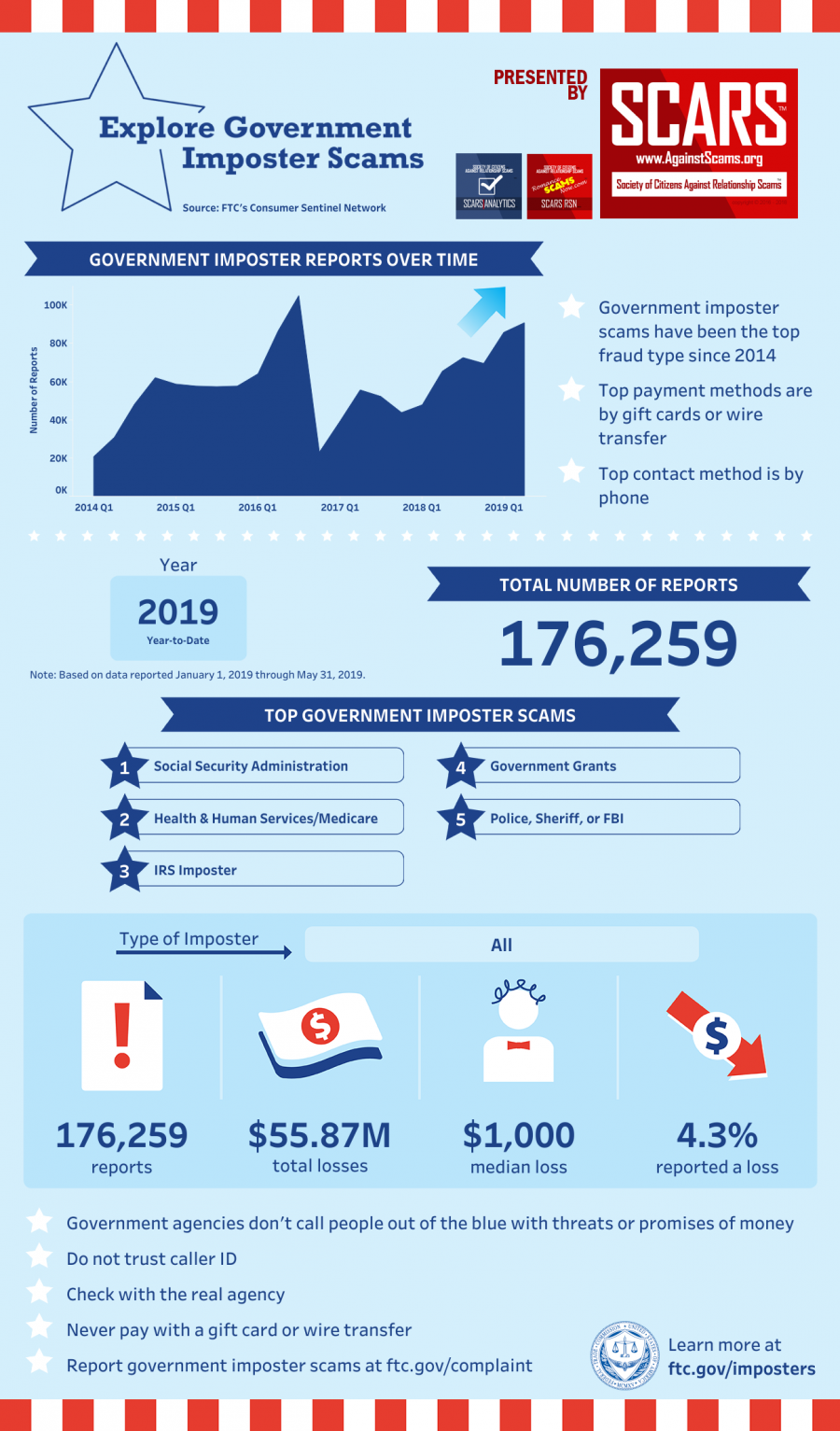