SCARSSCARS SCARS - Society of Citizens Against Relationship Scams Inc. A government registered crime victims' assistance & crime prevention nonprofit organization based in Miami, Florida, U.S.A. SCARS supports the victims of scams worldwide and through its partners in more than 60 countries around the world. Incorporated in 2015, its team has 30 years of continuous experience educating and supporting scam victims. Visit www.AgainstScams.org to learn more about SCARS.™ ScamScam A Scam is a confidence trick - a crime -  is an attempt to defraud a person or group after first gaining their trust through deception. Scams or confidence tricks exploit victims using their credulity, naïveté, compassion, vanity, irresponsibility, or greed and exploiting that. Researchers have defined confidence tricks as "a distinctive species of fraudulent conduct ... intending to further voluntary exchanges that are not mutually beneficial", as they "benefit con operators ('con men' - criminals) at the expense of their victims (the 'marks')". A scam is a crime even if no money was lost. News: Malaysia Arrests More Than 1,000 Online Scammers!

On the 20th of November, the Malaysian Immigration Department and Police raided a premise in Cyberjaya, Malaysia suspected to be the headquarters of the largest online scam syndicate in Malaysia.

According to Malay Mail, they raided Wisma Mustapha Kamal in Neocyber where almost 1,000 Chinese nationals were arrested.

Photos released on Facebook show rows and rows of computer tables in the premise and dozens of scammers with their hands on their heads. A table laid with dozens of handphones were also photographed.

PUTRAJAYA, Nov 20 — The Immigration Department today busted the largest online scam syndicate believed to be run by Chinese nationals in the country.

The announcement was made in the Immigration Department’s Facebook page today about the raid on an online scam headquarters in Cyberjaya.

According to the department’s Facebook posting, nearly 1,000 people were arrested.

The posting caught the attention of many netizens who praised the Immigration Department. 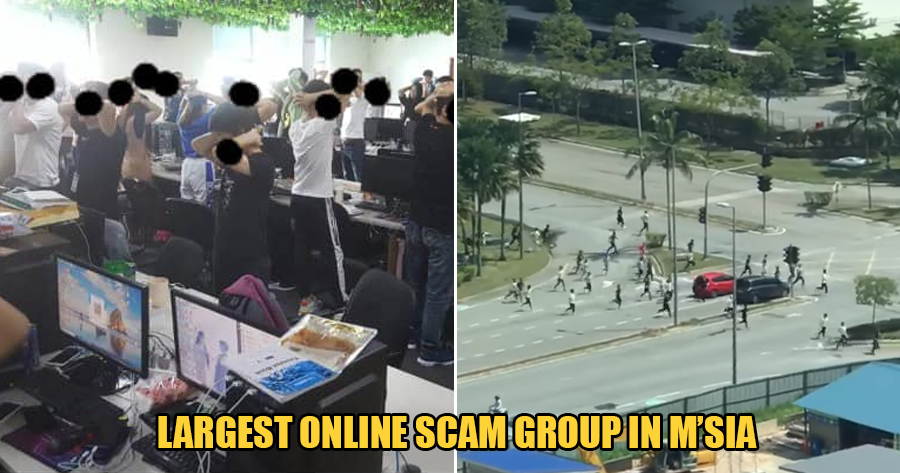