ScammerScammer A Scammer or Fraudster is someone that engages in deception to obtain money or achieve another objective. They are criminals that attempt to deceive a victim into sending more or performing some other activity that benefits the scammer. News:  Scammer Arrested In Australia

Sydney woman allegedly swindled millions from older men in dating scamDating scam Dating scammers or love scammers create fake identities on dating apps and social media to coax you into fake online relationships. They often quickly move to personal channels such as phone or email, using your trust to acquire money or personal info, or help you hide their criminal activities. You'll probably never meet them in person. This is a relationship scam. 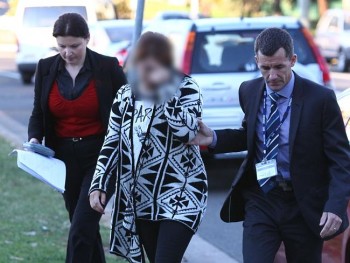 A 39-year-old Sydney woman has been arrested and charged for allegedly fraudulently taking more than AU$2 million from a number of men aged in their 60s and 70s, police say.

It is alleged the woman from Miller in southwest Sydney used dating services for about five years, from mid 2008 to February this year, to form relationships with four different men.

Two of the men are aged in their 70s, while the other two are in their 60s, police say.

One of the men allegedly paid the woman AU$1.9 million.

After making contact with the men, police say the woman would convince them to deposit money into her account, sometimes claiming she need money to care for a sick relative.

The woman was arrested on Thursday and police seized several items including a sports car.

The woman has been charged with several counts of fraudFraud In law, fraud is intentional deception to secure unfair or unlawful gain (money or other assets), or to deprive a victim of a legal right. Fraud can violate civil law (e.g., a fraud victim may sue the fraud perpetrator to avoid the fraud or recover monetary compensation) or criminal law (e.g., a fraud perpetrator may be prosecuted and imprisoned by governmental authorities), or it may cause no loss of money, property, or legal right but still be an element of another civil or criminal wrong. The purpose of fraud may be monetary gain or other benefits, for example by obtaining a passport, travel document, or driver's license, or mortgage fraud, where the perpetrator may attempt to qualify for a mortgage by way of false statements. A fraud can also be a hoax, which is a distinct concept that involves deliberate deception without the intention of gain or of materially damaging or depriving a victim. and money launderingMoney laundering Money laundering is the illegal process of concealing the origins of money obtained illegally by passing it through a complex sequence of banking transfers or commercial transactions. Money laundering can be done through various mediums, leveraging a variety of payment vehicles, people and institutions..

She was granted bail and will appear in Liverpool Local Court on June 25.