Home/RSN™ SCAM NEWS: Danish Man Goes To West Africa To Arrest ‘Yahoo’ Boys Who Duped Him Of 15,000 Euros
Previous Next

The police of Imo State in Nigeria, have arrested some fraud boys who defrauded a Danish man identified as Jeanette Brunsma, of €15,000 (GHC 83,000) after the man came down to Nigeria to effect their arrest himself.

The suspects identified as Nicholas Lambert 22; Collins Njoku 22; Bright Chukwuezi, 23; and Chukwuemeka Ononiwu, 27, are all believed to be university undergraduates in one of the state’s universities.

Photos Only Available Of Two Of The Suspects

According to the state Commissioner of Police, Dasuki Galadanchi, 11 laptops and 20 phones of different brands were recovered from them when they were arrested.

“The prime suspect, Lambert, met the victim on Facebook, bearing a fake name, Johnson Mills, in order to commit the crime.”

Explaining how the suspects were arrested, the Commissioner of Police said the victim flew into the country and lodged a complaint at the state command headquarters which led to investigations by the police.

He said the victim’s statement was followed with “a digital construction analysis,” which led to the arrest of the suspects within 24 hours.

“They were arrested by a combined team of operatives of Scorpion Squad and Monitoring Unit of the command for advanced fee fraud,” he added.

The main suspect claimed to be a US Army Sergeant by name Johnson Mills (Nicholas Lambert) serving in Kabul, Afghanistan.

His accomplices claimed to be Red Cross agents, were arrested together with Lambert in Imo State.

“We swooped on them at their hideout in Umuodu Mbieri, in the Mbaitoli LGA after the victim lodged a formal complaint to the police.”

“The suspects have made useful statements to the police, confessing to have defrauded Jeanette Brunsma of Ringwey 10,Weiloo, Netherlands, of the sum of €15,000.”

“The exhibits recovered from the suspects include 11 laptops and 20 phones of different brands.”

The prime suspect, Lambert, admitted he committed the crime.

He said: “I met Jeanette on Facebook; I claimed to be a US soldier to defraud him of €15,000. After the initial payment, I demanded another €1,500, after which I was arrested by the police in my hotel room. He said the other suspects were not aware that he made another demand on the Dane”.

Needless to say, this was one of the lucky ones who not only survived the experience but managed to obtain an arrest!

We never recommend going to Africa to attempt this due to the dangers. 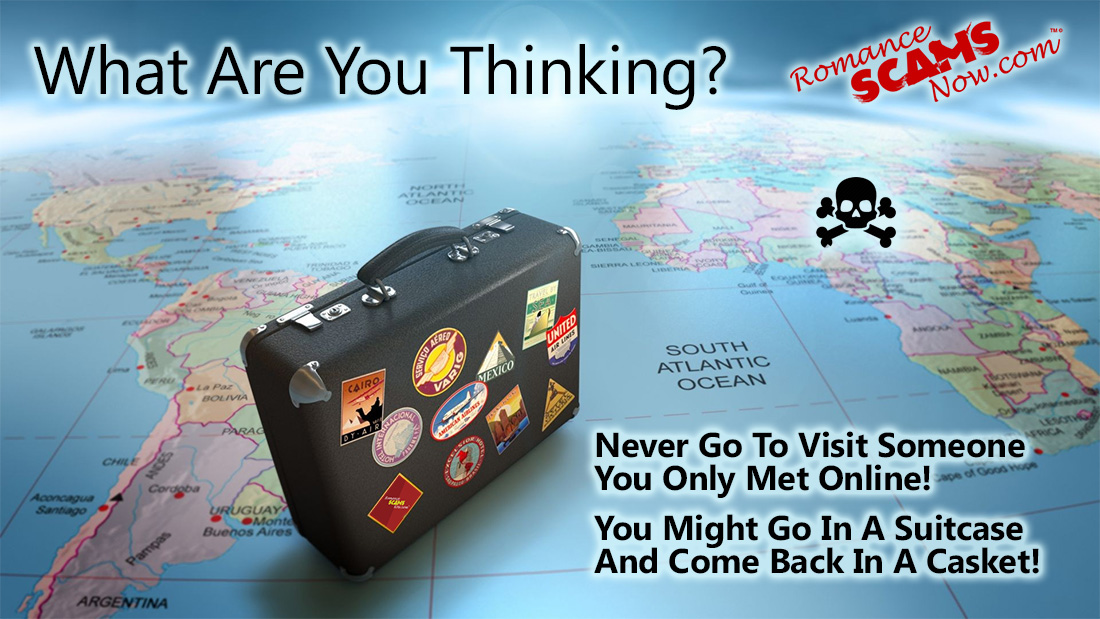