Jeffrey Jef Welch: Do You Know Him? Another Stolen Face / Stolen Identity

Home/Jeffrey Jef Welch: Do You Know Him? Another Stolen Face / Stolen Identity
Previous Next

Stolen Identity: Do You Know Him?
Jeffrey Jef Welch
Frequently used by scammers to fool women!


You Have Probably Seen His Photos Before!

The real Jef Welch is an American Businessman 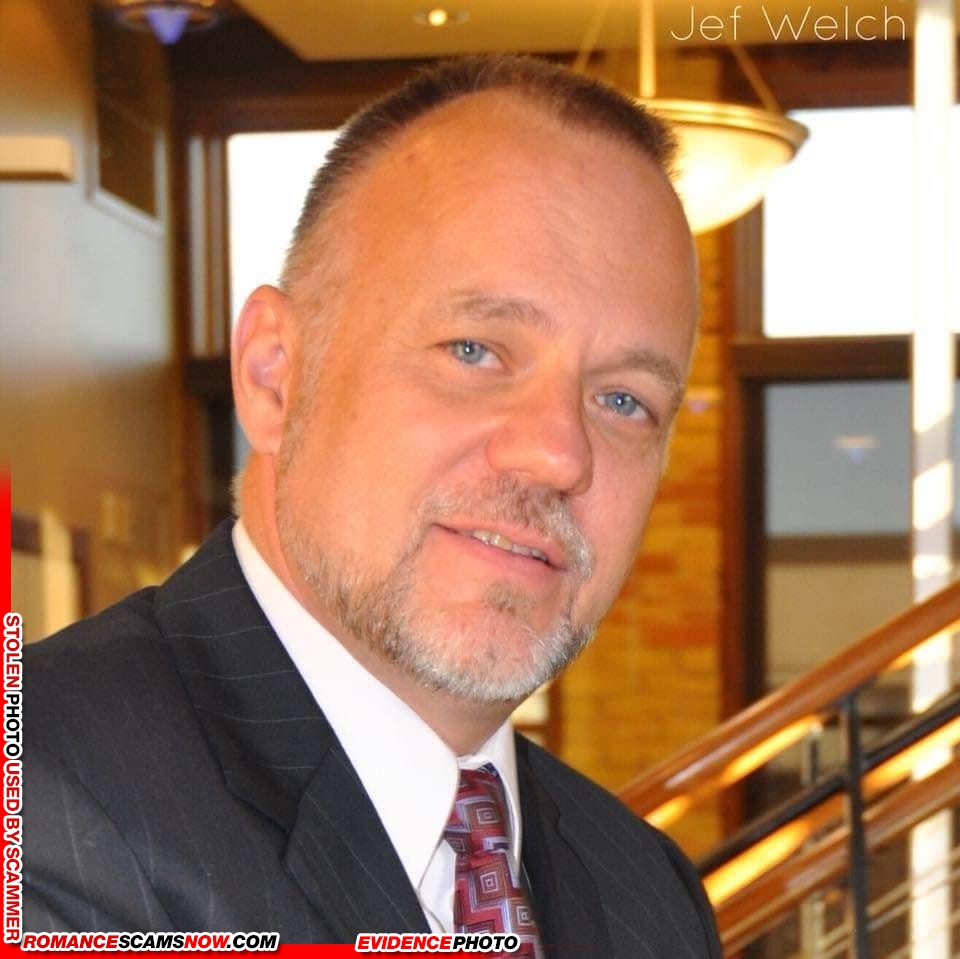 Of course, you don’t really know Jeffrey Welch, since these are stolen photos used by African Romance Scammers, but he is popular!

Remember Jef Welch’s face for the next time you see him!

Here is a gallery of Jef Welch’s photos we have found used by Romance Scammers:

Do you have or have seen other photos of Jef Welch? Send them to us on our Report Scammer form »

WARNING:
Do Not Contact Him – You Do Not Have A Relationship With Him!
He Is A Victim Also And Deserving Of His Privacy And Respect
He Knows His Identity Has Been Stolen And Used By Scammers