Jane Beth Rocha, 54, Has Been Arrested After Abilene Police (Texas USA) Alleges She Scammed Over $300,000 In Online Scams.

According to the arrest report, Jana Beth Rocha was arrested on Friday night at Taco Casa where she worked.

Rocha, 54, is charged with money laundering.

According to reports on KTXS, Rocha is accused of money laundering after police discovered several instances of Rocha allegedly running a variety of scams. 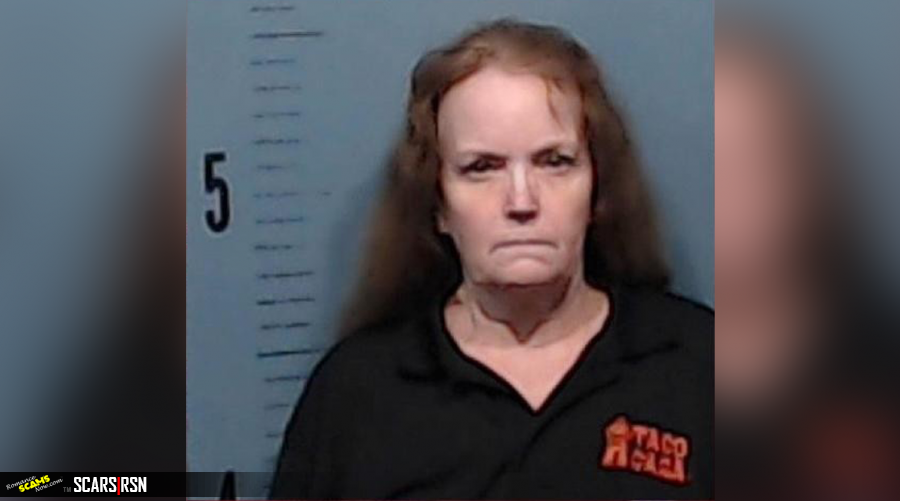 In 2017, she was arrested after police found evidence that showed Rocha had scammed 73-year-old Larry Jordan of Indiana out of $60,000. Court documents showed Jordan thought he was having an online romance with a woman he never met named “Cathy Woodart Smith” – who lived in Virginia. “Smith,” told Jordan that her recently deceased husband Antonio had left behind an $80 million estate. She managed to convince Jordan to send the $60,000 on October 11th to a representative of an Abilene law firm named Jane Rocha.

Rocha stopped communicating with Jordan, causing him to suspect he had been scammed. On October 16th Rocha deposited the check in her account. Several days later she withdrew $30,000 in one transaction and then transferred the rest from her account over several transactions.

Rocha claimed she sent the money to her boyfriend in the United Arab Emirates, a man she had never met. Rocha provided police evidence of the wire transfer she had made and was charged with exploitation of an elderly individual. She pled guilty to the charge and was sentenced to 10-years’ probation in August of this year.

The scams included two women who sent Rocha money orders thinking they were sending it to people they were in a romantic relationship with.

One of the victim’s sent Rocha $9,600, according to court records.

A third woman sent Rocha a cashier’s check for $80,000 believing she was putting a down payment on some property.

On Friday, October 4th, Rocha was arrested at Taco Casa after police claim she was involved in additional scams. Rocha allegedly scammed two women who sent Rocha money who thought they were sending them to people they were dating. One of the victims sent $9,600.

A third victim sent Rocha an $80,000 cashier’s check, which she believed was a down payment for a property. A pre-indictment warrant for Rocha’s arrest was issued Wednesday.

SCARS™ Psychology of Scams: Confirmation Bias – Letting Your Desires Control What You See!

SCARS™ Special Report: How Criminals Are Profiting From The Coronavirus COVID-19 Pandemic