SCARSSCARS SCARS - Society of Citizens Against Relationship Scams Inc. A government registered crime victims' assistance & crime prevention nonprofit organization based in Miami, Florida, U.S.A. SCARS supports the victims of scams worldwide and through its partners in more than 60 countries around the world. Incorporated in 2015, its team has 30 years of continuous experience educating and supporting scam victims. Visit www.AgainstScams.org to learn more about SCARS.™ Special Report: Fighting Cybercriminals In A Connected Future World

Insights From The EuropolEuropol The European Union Agency for Law Enforcement Cooperation, better known under the name Europol, formerly the European Police Office and Europol Drugs Unit, is the law enforcement agency of the European Union (EU) formed in 1998 to handle criminal intelligence and combat serious international organized crime and terrorism through cooperation between competent authorities of EU member states. The Agency has no executive powers, and its officials are not entitled to arrest suspects or act without prior approval from authorities in the member states. Based in The Hague, it comprised 1,065 staff as of 2016. WEBSITE LINK-INTERPOL CybercrimeCybercrime Cybercrime is a crime related to technology, computers, and the Internet. Typical cybercrime are performed by a computer against a computer, or by a hacker using software to attack computers or networks. Conference Examined Latest Cyber Threats, Trends And Strategies At The Hague, Netherlands 2019

A couple of months back, more than 400 experts from law enforcement, the private sector, and academia have gathered this week at Europol’s headquarters in The Hague for what is one of the world’s biggest platforms of exchange on cybercrime. 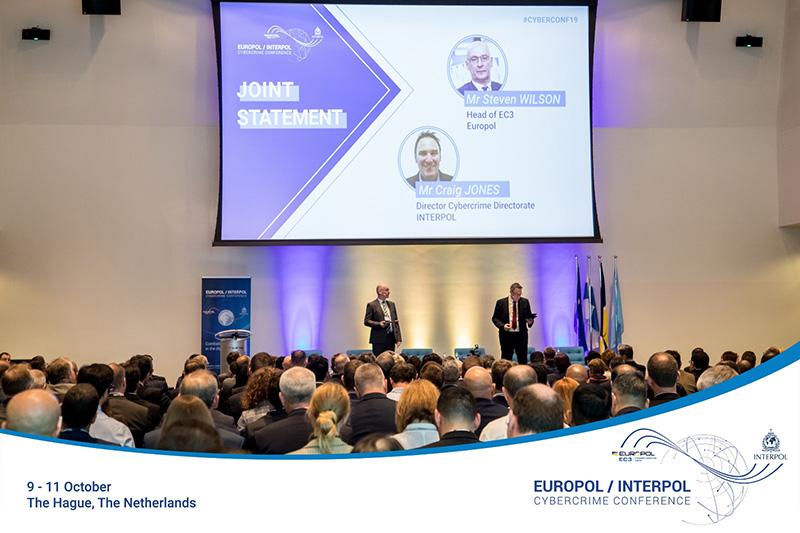 Under the theme of ‘Law enforcement in a connected future’, the 7th Europol-INTERPOL Cybercrime Conference looked at ways how to effectively combine the expertise, resources, and insights of law enforcement, the private sector, and academia to make the internet a more secure environment, especially in a society, which is becoming increasingly dependent on digital capabilities.