Transfer ScamScam A Scam is a confidence trick - a crime -  is an attempt to defraud a person or group after first gaining their trust through deception. Scams or confidence tricks exploit victims using their credulity, naïveté, compassion, vanity, irresponsibility, or greed and exploiting that. Researchers have defined confidence tricks as "a distinctive species of fraudulent conduct ... intending to further voluntary exchanges that are not mutually beneficial", as they "benefit con operators ('con men' - criminals) at the expense of their victims (the 'marks')". A scam is a crime even if no money was lost. Victims Could Be Reimbursed – Great News For Scam Victims In The U.K.

Victims of bank transfer fraudFraud In law, fraud is intentional deception to secure unfair or unlawful gain (money or other assets), or to deprive a victim of a legal right. Fraud can violate civil law (e.g., a fraud victim may sue the fraud perpetrator to avoid the fraud or recover monetary compensation) or criminal law (e.g., a fraud perpetrator may be prosecuted and imprisoned by governmental authorities), or it may cause no loss of money, property, or legal right but still be an element of another civil or criminal wrong. The purpose of fraud may be monetary gain or other benefits, for example by obtaining a passport, travel document, or driver's license, or mortgage fraud, where the perpetrator may attempt to qualify for a mortgage by way of false statements. A fraud can also be a hoax, which is a distinct concept that involves deliberate deception without the intention of gain or of materially damaging or depriving a victim. could receive compensation under proposed new rules – though it remains unclear who will pay.

Bank account holders who are tricked into transferring money to fraudsters could be entitled to reimbursement if they have acted with the “requisite level of care” under proposed new rules.

Latest figures show consumers lost £92.9 Million to authorized push payment (APP) scamsScams A Scam is a confidence trick - a crime -  is an attempt to defraud a person or group after first gaining their trust through deception. Scams or confidence tricks exploit victims using their credulity, naïveté, compassion, vanity, irresponsibility, or greed and exploiting that. Researchers have defined confidence tricks as "a distinctive species of fraudulent conduct ... intending to further voluntary exchanges that are not mutually beneficial", as they "benefit con operators ('con men' - criminals) at the expense of their victims (the 'marks')". A scam is a crime even if no money was lost. in the first half of 2018 – but unlike victims of other types of fraud such as credit or debit card scams, they are currently not entitled to be repaid by payment providers.

A body set up to address the issue has now proposed changing this, though it has yet to resolve who will pay for the compensation in cases where banks have also acted with due care.

A new voluntary code to address the issue has been drafted by a steering group set up by the Payment Systems Regulator (PSR).

It aims to make it harder for criminals to commit APP fraud, set out how consumers can be vigilant and give them greater protection and support from banks.

“Importantly, the code proposes the principle that where a consumer has met their requisite level of care, they should be reimbursed,” the group said. However, the report has not been able to resolve who will pay for the compensation in cases where “no bank or other payment service provider involved in the payment journey has breached their own level of care”.

The steering group said it would work to consider and identify “a sustainable funding mechanism through which to reimburse consumers in such a scenario”.

Unfortunately, Such A System Of Reimbursements Will Ultimately Be Paid For By The Consumer In Higher Fees!

It will also try to resolve other aspects of how the process will work, including how to settle disputes between banks and other payment service providers.

Ruth Evans, independent chair of the steering group, said: “This is a unique initiative bringing together the industry and consumer groups to set out how best we can tackle this issue – and really help those people who’ve become victims of these devastating crimes.” She said the report “marks an important step towards greater and more consistent protection for consumers and stronger standards for how banks and other payment service providers will prevent this type of fraud happening in the first place”.

The PSR said the report was a “positive step forward” and that in a further move it was planning to consult on new requirements for banks which would help to prevent APP scams.

Industry body UK Finance said it was committed to ensuring consumers were better protected from fraudsters and had invested millions in security systems as well as introducing new standards on helping victims and supporting law enforcement.

UK Finance chief executive Stephen Jones said: “It is vital that we get the right outcome for customers and prevent the UK from inadvertently becoming a magnet for fraudsters, while ensuring innocent victims and customers are not penalised for the criminalCriminal A criminal is any person who through a decision or act engages in a crime. This can be complicated, as many people break laws unknowingly, however, in our context, it is a person who makes a decision to engage in unlawful acts or to place themselves with others who do this. A criminal always has the ability to decide not to break the law, or if they initially engage in crime to stop doing it, but instead continues. actions of others.” 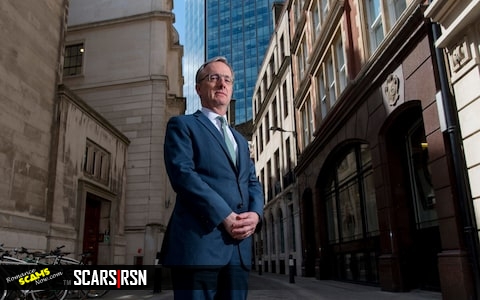 He said it was clear that new regulation was needed rather than just a voluntary code.

“This will ensure that consumers and financial institutions can be certain in what circumstances victims will be compensated and how this compensation is funded in circumstances where all parties have acted reasonably in making the payment,” Mr Jones said.

At this moment it is not clear if victims will be able to files for transfer that happened prior to the new rule taking effect or now.

Be sure to follow RSN for more news about this topic!

What are the warning signs of wire transfer fraud?

Know how to recognize the warning signs of wire transfer fraud: