RSN™ ScamScam A Scam is a confidence trick - a crime -  is an attempt to defraud a person or group after first gaining their trust through deception. Scams or confidence tricks exploit victims using their credulity, naïveté, compassion, vanity, irresponsibility, or greed and exploiting that. Researchers have defined confidence tricks as "a distinctive species of fraudulent conduct ... intending to further voluntary exchanges that are not mutually beneficial", as they "benefit con operators ('con men' - criminals) at the expense of their victims (the 'marks')". A scam is a crime even if no money was lost. News: Nigerian $878,000 ScammerScammer A Scammer or Fraudster is someone that engages in deception to obtain money or achieve another objective. They are criminals that attempt to deceive a victim into sending more or performing some other activity that benefits the scammer. Arrested In U.S.

A Nigerian con artist living in Missouri scammed lovesick women and men he met on dating sites such as Christian Mingle with stories of sequestered gold, terrible luck, and even an imaginary daughter, according to Federal authorities. 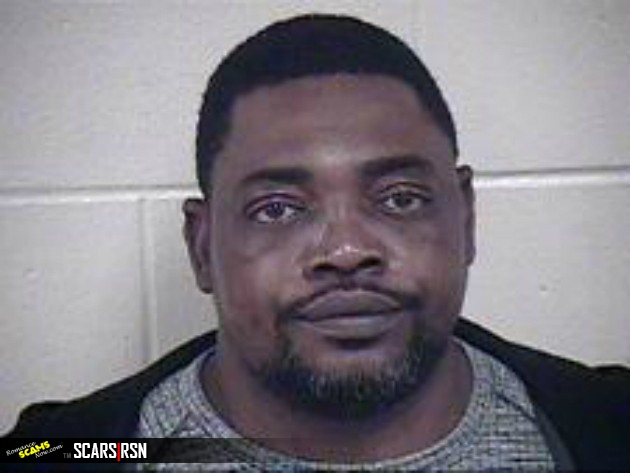 Kansas City resident Ronayerin Ogolor, 49, was part of what the FBIFBI FBI - Federal Bureau of Investigation The Federal Bureau of Investigation (FBI) is the domestic intelligence and security service of the United States and its principal federal law enforcement agency. Operating under the jurisdiction of the United States Department of Justice, the FBI is also a member of the U.S. Intelligence Community and reports to both the Attorney General and the Director of National Intelligence. A leading U.S. counter-terrorism, counterintelligence, and criminal investigative organization, the FBI has jurisdiction over violations of more than 200 categories of federal crimes, including financial fraud. described as a “romance fraudFraud In law, fraud is intentional deception to secure unfair or unlawful gain (money or other assets), or to deprive a victim of a legal right. Fraud can violate civil law (e.g., a fraud victim may sue the fraud perpetrator to avoid the fraud or recover monetary compensation) or criminal law (e.g., a fraud perpetrator may be prosecuted and imprisoned by governmental authorities), or it may cause no loss of money, property, or legal right but still be an element of another civil or criminal wrong. The purpose of fraud may be monetary gain or other benefits, for example by obtaining a passport, travel document, or driver's license, or mortgage fraud, where the perpetrator may attempt to qualify for a mortgage by way of false statements. A fraud can also be a hoax, which is a distinct concept that involves deliberate deception without the intention of gain or of materially damaging or depriving a victim. scheme” that cost his victims nearly $900,000.

A Naturalized U.S. Citizen From Nigeria, He Was Arrested On Friday At Kansas City International Airport As He Prepared To Board A 3 P.M. Flight To Germany, Authorities Say.

Ogolor had lived in Missouri since at least 2013 and has been part of the wire and money launderingMoney laundering Money laundering is the illegal process of concealing the origins of money obtained illegally by passing it through a complex sequence of banking transfers or commercial transactions. Money laundering can be done through various mediums, leveraging a variety of payment vehicles, people and institutions. conspiracy the entire time, according to an affidavit.

The con took various forms but tended to follow a similar script. Ogolor and his unnamed accomplices are accused of trawling dating sites in search of victims. When someone took the bait, they often would be fooled into thinking they had met a widower who was working as some sort of a contractor — usually an offshore oil driller. The imaginary contractor invariably needed money to get home or pay fees on a pile of cash he promised to then share.

Thirteen victims are described in an FBI agent’s affidavit. They live in states across the country, as well as Canada and Europe. Ogolor and his conspirators often picked on the elderly, authorities say. The scammers seemed to particularly like Christian Mingle and Facebook but also used other sites.

In one case, an Indiana woman met a man on Facebook who went by “Lawrence Garrison,” supposedly a widower working on an oil rig off the coast of Louisiana. They talked online every day and even on the phone a couple of times. (Garrison spoke English with an accent and claimed he had been born in Denmark.)

In 2015, Garrison sent a picture of a $4 million check and said he would sign it over to the woman if only she would help him out with expenses until he could cash it. He needed money for customs and $500,000 to tow a drill head to Ohio. Later, he needed help paying his twelve-man drilling crew. In total, the woman wired about $450,000 to her needy friend.

About $46,000 was deposited directly into accounts controlled by Ogolor, the FBI says.

Each scam had a different alias and accompanying back story for needing money. There was the guy claiming to be “David Stasiak,” another oil rig worker who supposedly had $6 million in gold waiting in Qatar if only he could cover the import tax.

And then there was “Robert Williams,” who claimed to have been paid $2.6 million in cash for oil work in Saudi Arabia but needed $1,500 to pay his daughter’s boarding school tuition.

They were all scamsScams A Scam is a confidence trick - a crime -  is an attempt to defraud a person or group after first gaining their trust through deception. Scams or confidence tricks exploit victims using their credulity, naïveté, compassion, vanity, irresponsibility, or greed and exploiting that. Researchers have defined confidence tricks as "a distinctive species of fraudulent conduct ... intending to further voluntary exchanges that are not mutually beneficial", as they "benefit con operators ('con men' - criminals) at the expense of their victims (the 'marks')". A scam is a crime even if no money was lost., according to prosecutors for the U.S. Attorney’s Office.

In one case, the conspirators hacked a business and posed as the company’s comptroller to persuade another employee to write a $250,000 check to an Arizona man whom the scammers had catfished through an online dating site.

The Arizona man was then supposed to deposit the money and wire portions of it to different accounts, including one that belonged to Ogolor, authorities say.

Federal agents learned on Friday that Ogolor had bought a plane ticket Frankfurt, Germany, the day before and was planning to fly out at 3 p.m., the affidavit says. Instead, agents intercepted him at the airport.

Ogolor Has Allegedly Defrauded His Victims Of $878,489 Since 2013, Authorities Say. He Is Facing Charges Of Conspiracy To Commit Wire Fraud.

In Another Story Claims Scammed More Than $4 Million

Kansas City-area residents lost more than $4 million in what federal prosecutors allege was a scheme to romance, then rip off, people met online.

An indictment in the case alleges that 13 victims lost a total of more than $5 million during a two-year period.

Ronayerin K. Ogolor of Kansas City was arrested at Kansas City International Airport earlier this month as he sought to flee the country. The naturalized U.S. citizen from Nigeria was charged with conspiracy to commit wire fraud.

On Friday, the U.S. Attorney’s Office for the Western District of Missouri made public an indictment of Henry N. Asomani, a naturalized U.S. citizen originally from Ghana, on wire fraud, money laundering and conspiracy counts.

In a release announcing charges against Asomani, prosecutors detailed how three Kansas City-area residents allegedly were victimized by the scheme:

• Authorities say a Lee’s Summit victim lost nearly $3.3 million after sending money to various entities at the direction of “Larry B. White.” The victim met “White” after setting up a profile on ChristianMingle.com after the death of her husband to brain cancer.

“White” allegedly persuaded the victim to invest in a Ghana gold mine and promised a 40 percent return. Prosecutors say $2.9 million of the money went to accounts controlled by Asomani.

• A Leawood victim sent $800,000 to “George Bill Parker” after meeting “Parker” on Facebook. The money was to go for gold-related expenses, and the victim was to be repaid with money or gold.

• A victim living in Kansas City met “Bradley Fischer” on ChristianMingle.com. “Fischer” persuaded the victim to send money for school, travel and to start a new life in Kansas City. Authorities say that of the $24,000 wired to Asomani’s bank account, the victim has been repaid $1,000.

In a release from the U.S. Attorney’s office at the time of Ogolor’s arrest, prosecutors also mentioned victims residing outside Missouri. Mentioned were an Indiana widow who lost $450,000 to what she thought was a widower working on an oil rig off the coast of Louisiana and a Texas victim who sent at least $300,000 to what she thought was a widowed U.S. Army general in Afghanistan.