General Wesley K. Clark: Do You Know Him? Another Stolen Face / Stolen Identity

General Wesley K. Clark: Do You Know Him? Another Stolen Face / Stolen Identity

SCARSSCARS SCARS - Society of Citizens Against Relationship Scams Inc. A government registered crime victims' assistance & crime prevention nonprofit organization based in Miami, Florida, U.S.A. SCARS supports the victims of scams worldwide and through its partners in more than 60 countries around the world. Incorporated in 2015, its team has 30 years of continuous experience educating and supporting scam victims. Visit www.AgainstScams.org to learn more about SCARS.™ Stolen Identity: General Wesley K. Clark

Do You Know General Wesley K. Clark
Frequently Used By Scammers To Fool Women ScamScam A Scam is a confidence trick - a crime -  is an attempt to defraud a person or group after first gaining their trust through deception. Scams or confidence tricks exploit victims using their credulity, naïveté, compassion, vanity, irresponsibility, or greed and exploiting that. Researchers have defined confidence tricks as "a distinctive species of fraudulent conduct ... intending to further voluntary exchanges that are not mutually beneficial", as they "benefit con operators ('con men' - criminals) at the expense of their victims (the 'marks')". A scam is a crime even if no money was lost. Victims! 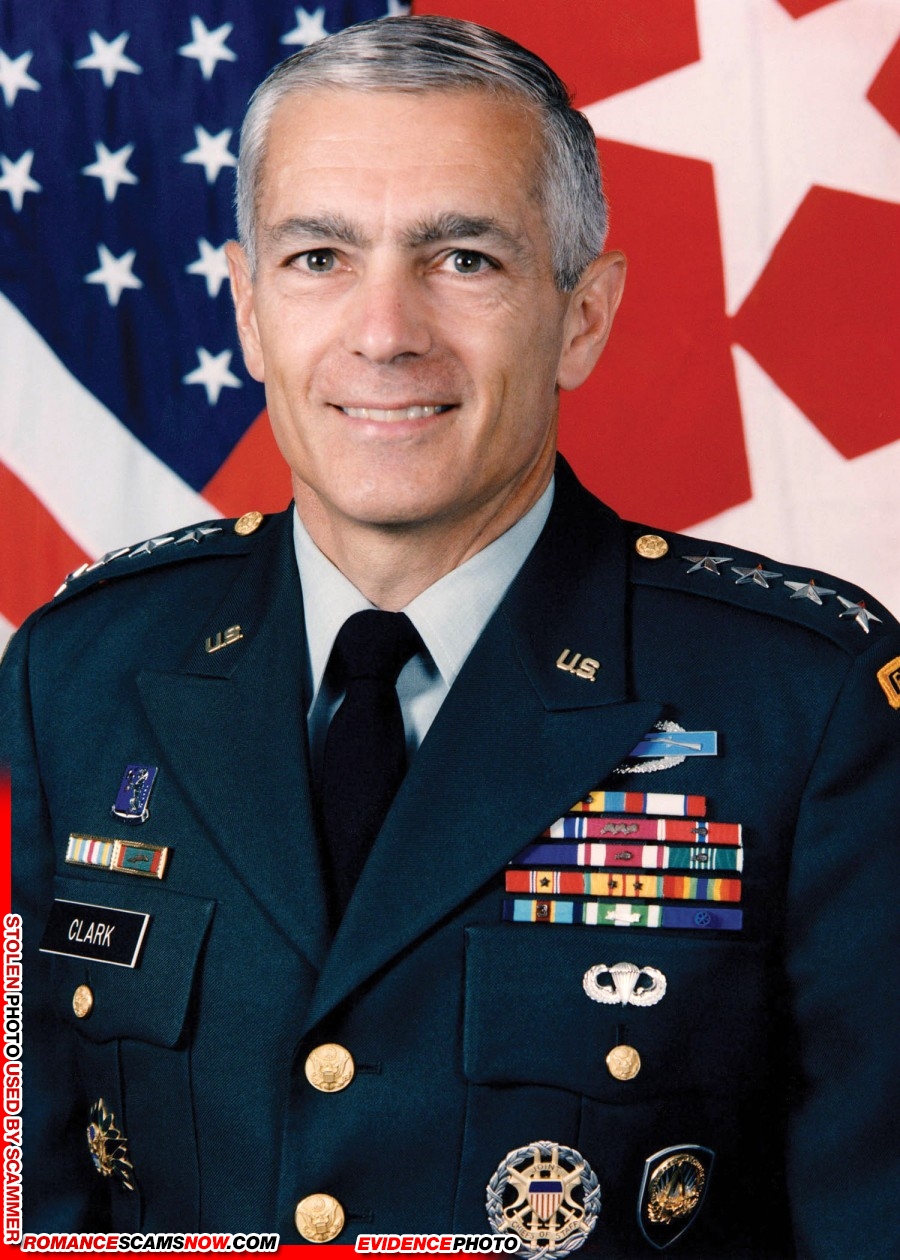 The real General Wesley K. Clark is a Retired General of the United States Army