Stolen Face / Stolen Identity – Thomas Lindegaard Madsen: Do You Know Of Him?

Stolen Face / Stolen Identity – Thomas Lindegaard Madsen: Do You Know Of Him?

Stolen Identity: Do You Know Him?
Thomas Lindegaard Madsen
Impersonation VictimImpersonation Victim An impersonation victim is someone who has had their identity or images used by someone who imitates or copies their identity to scam or defraud another. This is a criminal act such as identity theft, online impersonation scam, or other fraud. This is usually where the criminal is trying to assume the identity of this victim, in order to commit fraud, such as accessing confidential information or gaining property from someone else.
Frequently used by scammers to fool women! 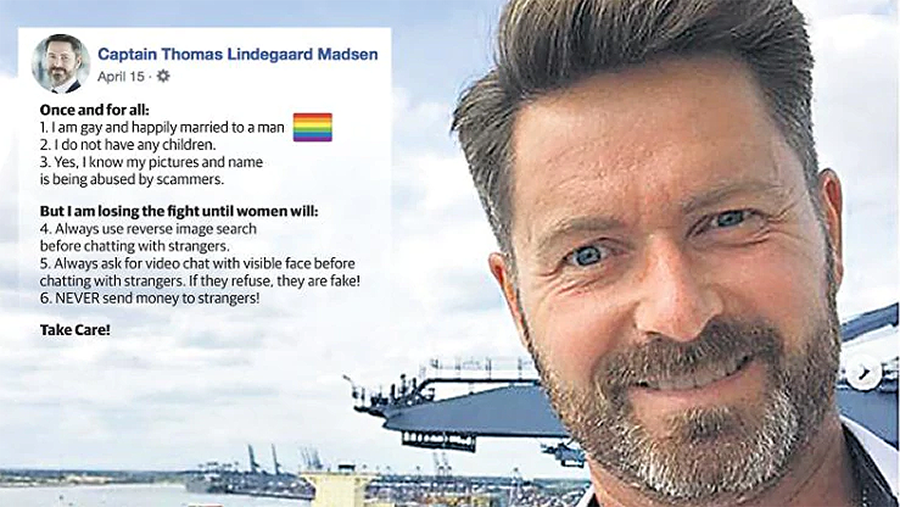 Thomas Lindegaard Madsen Anti-ScamScam A Scam is a confidence trick - a crime -  is an attempt to defraud a person or group after first gaining their trust through deception. Scams or confidence tricks exploit victims using their credulity, naïveté, compassion, vanity, irresponsibility, or greed and exploiting that. Researchers have defined confidence tricks as "a distinctive species of fraudulent conduct ... intending to further voluntary exchanges that are not mutually beneficial", as they "benefit con operators ('con men' - criminals) at the expense of their victims (the 'marks')". A scam is a crime even if no money was lost. Poster