SCARSSCARS SCARS - Society of Citizens Against Relationship Scams Inc. A government registered crime victims' assistance & crime prevention nonprofit organization based in Miami, Florida, U.S.A. SCARS supports the victims of scams worldwide and through its partners in more than 60 countries around the world. Incorporated in 2015, its team has 30 years of continuous experience educating and supporting scam victims. Visit www.AgainstScams.org to learn more about SCARS.™ Insight: When Victim Becomes Liar

Talking About What Victims Do …

We are sorry if this sounds like victim bashing, but some of the things people tell us makes our heads explode!

Of course, this is a desperate plea for attention and we suggest that they seek local counselingCounseling Counseling is the professional guidance of the individual by utilizing psychological methods especially in collecting case history data, using various techniques of the personal interview, and testing interests and aptitudes. A mental health counselor (MHC), or counselor, is a person who works with individuals and groups to promote optimum mental and emotional health. Such persons may help individuals deal with issues associated with addiction and substance abuse; family, parenting, and marital problems; stress management; self-esteem; and aging. They may also work with "Social Workers", "Psychiatrists", and "Psychologists". SCARS does not provide mental health counseling. or therapy. We mean this with no malice or attempt to put them down, but this is one of the ways the urban legends grow out of control.

It is for that reason that we felt we had to share this!

We received the following comment on our website from a man named Michael who appears to really believe this:

This is what Michael wrote:

Unfortunately, This Is Something Beyond Our Ability To Help

Our intent here is to help this victim and others recognize that made up fantasies are not going to be believed and that their cry for help needs to be addressed. These need to seek local support and therapy to become whole again.

Meanwhile, Janessa Brazil is happily running her business from beyond the grave on Twitter: https://twitter.com/janessabrazil__ [Warning Adult Content]

Unfortunately, some individuals will make up any story to remain relevant, and this includes in the anti-scamScam A Scam is a confidence trick - a crime -  is an attempt to defraud a person or group after first gaining their trust through deception. Scams or confidence tricks exploit victims using their credulity, naïveté, compassion, vanity, irresponsibility, or greed and exploiting that. Researchers have defined confidence tricks as "a distinctive species of fraudulent conduct ... intending to further voluntary exchanges that are not mutually beneficial", as they "benefit con operators ('con men' - criminals) at the expense of their victims (the 'marks')". A scam is a crime even if no money was lost. community.

Always be cautious about what you see and who you believe because there is more junk and fake newsFake news Fake news is false or misleading information presented as news. It often has the aim of damaging the reputation of a person or entity, or making money through advertising revenue. However, the term does not have a fixed definition and has been applied more broadly to include any type of false information, including unintentional and unconscious mechanisms, and also by high-profile individuals to apply to any news unfavourable to his/her personal perspectives. out there than anything real – or so it seems at times!

Who is Janessa Brazil? 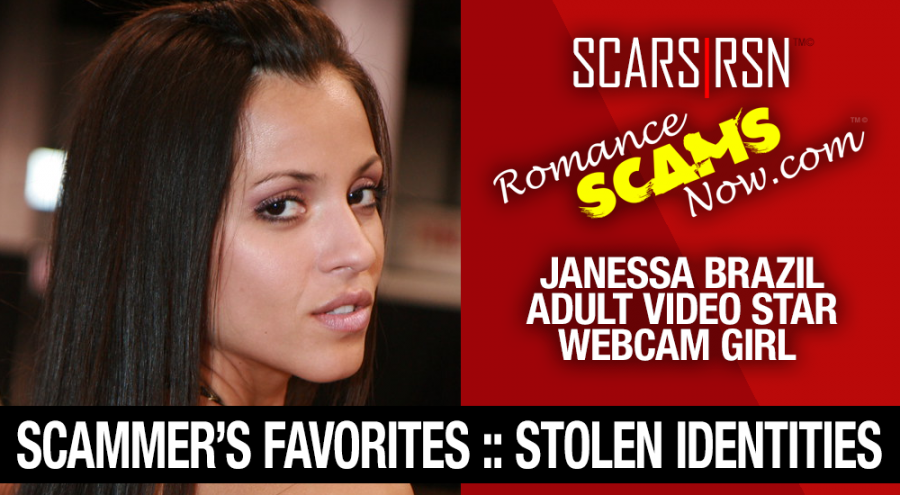