SCARS™ Insight: What Does The FBI’s IC3.gov Actually Do?

SCARS™ Insight: What Does The FBI’s IC3.gov Actually Do?

SCARSSCARS SCARS - Society of Citizens Against Relationship Scams Inc. A government registered crime victims' assistance & crime prevention nonprofit organization based in Miami, Florida, U.S.A. SCARS supports the victims of scams worldwide and through its partners in more than 60 countries around the world. Incorporated in 2015, its team has 30 years of continuous experience educating and supporting scam victims. Visit www.AgainstScams.org to learn more about SCARS.™ Insight: What Does The FBIFBI FBI - Federal Bureau of Investigation The Federal Bureau of Investigation (FBI) is the domestic intelligence and security service of the United States and its principal federal law enforcement agency. Operating under the jurisdiction of the United States Department of Justice, the FBI is also a member of the U.S. Intelligence Community and reports to both the Attorney General and the Director of National Intelligence. A leading U.S. counter-terrorism, counterintelligence, and criminal investigative organization, the FBI has jurisdiction over violations of more than 200 categories of federal crimes, including financial fraud.’s IC3.gov Actually Do?

They say that they can best process a complaint if they receive accurate and complete information from the person making the report. They request people provide the following information when filing a complaint:

Sadly, most FBI IC3.gov reports are not investigated, but they are kept for later use if there is a need.

But What Is IC3.gov?

IC3.gov is a collection point for online crime reports. 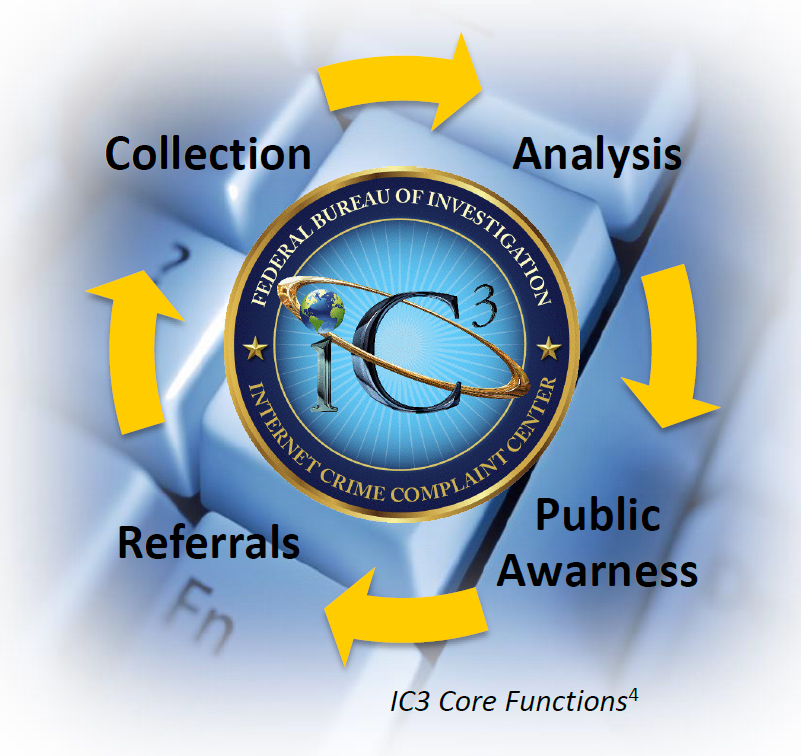 It collects information and then stores it in a closed database accessible to the FBI. But there is a problem, namely that the FBI does not really share information with other agencies unless they ask for it. Unfortunately, others do not know it exists so cannot ask for it.

Also, it is NOT the only place reports must be made. The first place to report these crimes if you lost money is your Local Police so you can include the police report number in your IC3 complaint. Then, also report the crime on www.Anyscam.com so it goes global over the SCARS|CDN CybercrimeCybercrime Cybercrime is a crime related to technology, computers, and the Internet. Typical cybercrime are performed by a computer against a computer, or by a hacker using software to attack compute