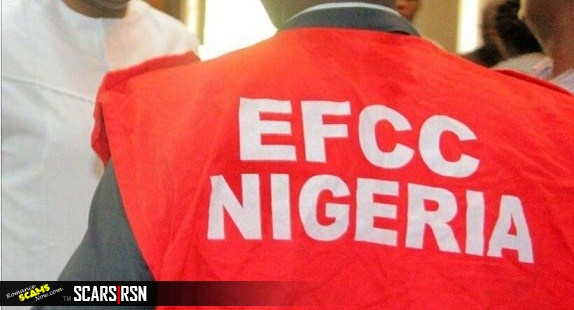 A Press Statement issued in Abuja on Sunday by the commission’s spokesman, Mr Tony Orilade said they were arrested in a sting operation.

Orilade said that their arrest followed series of intelligence report linking them to alleged fraudulent activities ranging from love scam on numerous dating sites, obtaining money by false pretenses and other fraud still being investigated.

In a related development, the Enugu Zonal Office of the commission has arrested 13 suspects for allegedly engaging in cybercrime and internet fraud.

“Three of the suspects were arrested at Awka, Anambra State, following intelligence reports and surveillance carried out on them.

The Zonal Head of the South East Zone of the commission, Ahmed Usman said: “we have resolved as part of carrying out the commission’s mandate to stamp out internet scams among others to help in rebuilding the image of the country.”

“Apart from public corruption which affects us locally, and denies us access to basic social amenities, Nigerians are treated badly because of the activities of cyber criminals and this gives us a bad name internationally.

“We are determined to stamp that out,” he said.

SCARS Editorial Team at Society of Citizens Against Relationship Scams Inc.
We are SCARS and we support <a aria-describedby="tt" href="https://romancescamsnow.com/glossary/scam-2/" class="glossaryLink" data-cmtooltip="<div class=glossaryItemTitle>Scam
<span style="font-size: 12pt;">A Scam is a confidence trick - a crime -  is an attempt to defraud a person or group after first gaining their tr