SCARSSCARS SCARS - Society of Citizens Against Relationship Scams Inc. A government registered crime victims' assistance & crime prevention nonprofit organization based in Miami, Florida, U.S.A. SCARS supports the victims of scams worldwide and through its partners in more than 60 countries around the world. Incorporated in 2015, its team has 30 years of continuous experience educating and supporting scam victims. Visit www.AgainstScams.org to learn more about SCARS.™ Impersonation VictimImpersonation Victim An impersonation victim is someone who has had their identity or images used by someone who imitates or copies their identity to scam or defraud another. This is a criminal act such as identity theft, online impersonation scam, or other fraud. This is usually where the criminal is trying to assume the identity of this victim, in order to commit fraud, such as accessing confidential information or gaining property from someone else. Story: Lieutenant General Mark Hertling Speaks Out On ScamsScams A Scam is a confidence trick - a crime -  is an attempt to defraud a person or group after first gaining their trust through deception. Scams or confidence tricks exploit victims using their credulity, naïveté, compassion, vanity, irresponsibility, or greed and exploiting that. Researchers have defined confidence tricks as "a distinctive species of fraudulent conduct ... intending to further voluntary exchanges that are not mutually beneficial", as they "benefit con operators ('con men' - criminals) at the expense of their victims (the 'marks')". A scam is a crime even if no money was lost. 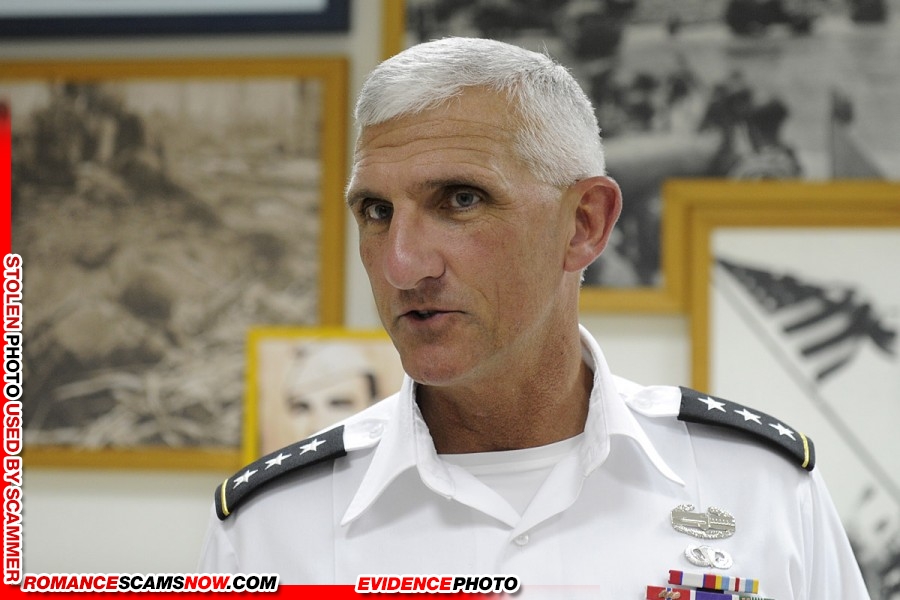 He served for four decades as a leader, commander, and trainer in the US Army. His last posting prior to retirement in 2013 was as the Commander of US Army forces in Europe. Served 3 years in Combat, and had tours of duty commanding at both the Army’s National Training Center in California and the Joint Multinational Training Center in Germany. Commanded the 1st Armored Division and Task Force Iron in Northern Iraq during the surge, and revamped the Army’s Basic Soldier and Officer Training as part of Training and Doctrine Command.

Since retirement from the Army in 2013, contributed to global partnering between healthcare organizations in the US, Europe, and South America, and developed and executed an award-winning and publicized physician/healthcare leadership program within Florida Hospital. Executed physician leader programs at several other hospitals in the Midwest, South and Northwest US. Have been a keynote speaker on the topics of leadership, national security, and health for myriad professional, industry, scholastic and organizational forums.