The Politics Of Scamming

The Politics Of Scamming

Let’s talk about something terrible!

Ok, we have a unique perspective that is not based on political parties, but rather actual actions.

When you are a victim, what matters to you is that someone destroyed your life, your heart, and your wallet – funny how that sounds like politicians, right?

But seriously, our decisions have consequences.

In 2000, in the United States we elected George W Bush – a good guy and someone our CEO knows personally. But there was just one problem – 9/11.

For the next 8 years the entire United States Law Enforcement community was focused on Terrorists. No one had time for scammers.

Then came our President Obama.

Obama himself had a very strong affinity for Africans and Muslims. Ok, let’s say it, these are where the scammers mostly come from!

It is no surprise that he saw Africa as the victims, and not you. In 2009, Hillary Clinton was supposed to impose sanctions on Nigeria and other West African nations over their scamsScams A Scam is a confidence trick - a crime -  is an attempt to defraud a person or group after first gaining their trust through deception. Scams or confidence tricks exploit victims using their credulity, naïveté, compassion, vanity, irresponsibility, or greed and exploiting that. Researchers have defined confidence tricks as "a distinctive species of fraudulent conduct ... intending to further voluntary exchanges that are not mutually beneficial", as they "benefit con operators ('con men' - criminals) at the expense of their victims (the 'marks')". A scam is a crime even if no money was lost. and corruption, but before she arrived, her husband got a multi-million dollar speaking engagement from the Nigerian Oil Industry – so when Hillary arrived, guess what? No sanctions.

For the next 8 years nearly NOTHING was done to limit scams.

In fact, in 2016, President Obama gave up the U.S. control over the Internet – severely limiting enforcement actions online in the future.

However, we will say that the U.S. Department of Justice was doing some things, and SCARS was invited to participate, which they did and some things began to happen.

During the political campaign of 2016, every major candidate for U.S. President was asked about their position on online fraudFraud In law, fraud is intentional deception to secure unfair or unlawful gain (money or other assets), or to deprive a victim of a legal right. Fraud can violate civil law (e.g., a fraud victim may sue the fraud perpetrator to avoid the fraud or recover monetary compensation) or criminal law (e.g., a fraud perpetrator may be prosecuted and imprisoned by governmental authorities), or it may cause no loss of money, property, or legal right but still be an element of another civil or criminal wrong. The purpose of fraud may be monetary gain or other benefits, for example by obtaining a passport, travel document, or driver's license, or mortgage fraud, where the perpetrator may attempt to qualify for a mortgage by way of false statements. A fraud can also be a hoax, which is a distinct concept that involves deliberate deception without the intention of gain or of materially damaging or depriving a victim.. 16 Republicans and 2 Democrats. Of these, ONLY ONE candidate responded. That one was our now current President. Throughout his election campaign, and even during his inauguration he made a point of addressing crime. Something his predecessor largely ignored. Here is one article about that – click here.

Since the election, the U.S. Government has increased its focus on online crime by something like 20,000% (the fact is the number is so large as to be unmeasurable). While most may think this is all about hacking, it also includes all other forms of online crime too!

The point of this editorial is this. We don’t care what political party you belong to, or what orientation you have. We are the victims of online crime and have been ignored fro more than a decade by our governments. We care about one objective and that is the enforcement of law on the Internet.

Think about that for a minute!

What do we really want online? Law & Order!

Regardless of your views of our new President, these things are being addressed as fast as is possible both by Government and by the Society of Citizens Against Romance Scams

So let us not talk stupid politics. Let us talk about the reality of the situation online, and what we, SCARS, and the Governments of the U.S., and the World are going to do about it.

If you are a hater, then we can’t help you. However, we, SCARSSCARS SCARS - Society of Citizens Against Relationship Scams Inc. A government registered crime victims' assistance & crime prevention nonprofit organization based in Miami, Florida, U.S.A. SCARS supports the victims of scams worldwide and through its partners in more than 60 countries around the world. Incorporated in 2015, its team has 30 years of continuous experience educating and supporting scam victims. Visit www.AgainstScams.org to learn more about SCARS., and the government will help you regardless of your hate.

So in that regard, let’s limit our political discourse to these topics, and urge our President to kick some scammerScammer A Scammer or Fraudster is someone that engages in deception to obtain money or achieve another objective. They are criminals that attempt to deceive a victim into sending more or performing some other activity that benefits the scammer. butt! 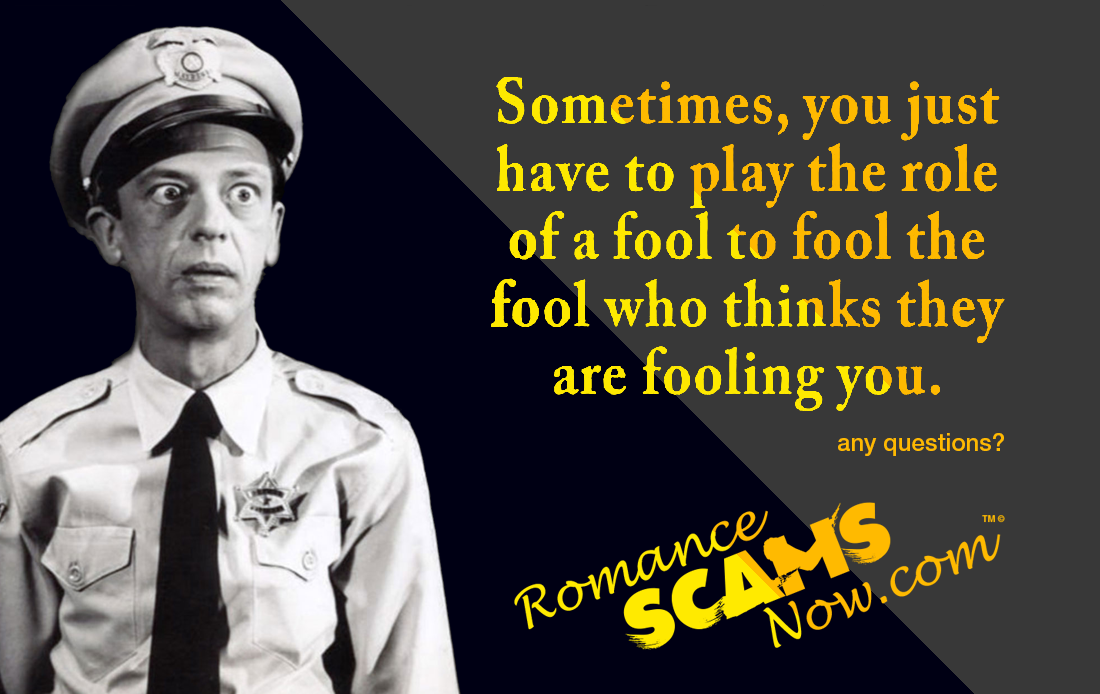