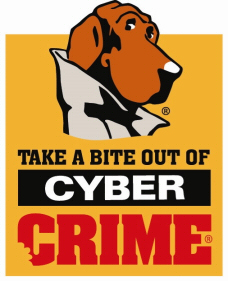 Stopping Online FraudFraud In law, fraud is intentional deception to secure unfair or unlawful gain (money or other assets), or to deprive a victim of a legal right. Fraud can violate civil law (e.g., a fraud victim may sue the fraud perpetrator to avoid the fraud or recover monetary compensation) or criminal law (e.g., a fraud perpetrator may be prosecuted and imprisoned by governmental authorities), or it may cause no loss of money, property, or legal right but still be an element of another civil or criminal wrong. The purpose of fraud may be monetary gain or other benefits, for example by obtaining a passport, travel document, or driver's license, or mortgage fraud, where the perpetrator may attempt to qualify for a mortgage by way of false statements. A fraud can also be a hoax, which is a distinct concept that involves deliberate deception without the intention of gain or of materially damaging or depriving a victim. Is Everyone’s Responsibility!

If You Allow The Scammers To Get Away With It, You Are Helping Them Win!

It is all of our responsibility to report frauds, and expose scammers.  Only in this way can we help stop this online scourge.

You Can Report Fraud Easily Here:

Fraudulent activities should always be reported to your local law enforcement office.  It does not need to be a major thing, just go down to your local police and file a report.  Yes it will take an hour of your time, but the more reports there are, the more authorities nationally and internationally will respond.

The following is additional information on how specific types of fraud complaints or cases of suspected fraud can be submitted to federal agencies.

What Do You Want To Report:

The Internet Crime Complaint Center (www.IC3.gov) is the primary government agency to receive, develop, and refer complaints regarding the rapidly expanding area of cyber crime. The IC3 complaint process provides victims of cyber crimes a convenient, easily accessible, online reporting mechanism to alert law enforcement of suspected criminalCriminal A criminal is any person who through a decision or act engages in a crime. This can be complicated, as many people break laws unknowingly, however, in our context, it is a person who makes a decision to engage in unlawful acts or to place themselves with others who do this. A criminal always has the ability to decide not to break the law, or if they initially engage in crime to stop doing it, but instead continues. and civil violations.  For law enforcement and regulatory agencies at the federal, state, local and international levels, IC3 is the central clearinghouse for complaints on internet related crimes.

See the “File a Complaint” section of the IC3 Web Site for information and direction on how to submit a complaint to IC3.  IC3 handles complaints on the following types of frauds and scamsScams A Scam is a confidence trick - a crime -  is an attempt to defraud a person or group after first gaining their trust through deception. Scams or confidence tricks exploit victims using their credulity, naïveté, compassion, vanity, irresponsibility, or greed and exploiting that. Researchers have defined confidence tricks as "a distinctive species of fraudulent conduct ... intending to further voluntary exchanges that are not mutually beneficial", as they "benefit con operators ('con men' - criminals) at the expense of their victims (the 'marks')". A scam is a crime even if no money was lost.:

* RomanceScamsNow is a part of The Campaign To End Online Impersonation™

We are helping to build an organization that will support global efforts to reduce and end impersonation in online social media and online dating websites around the world. 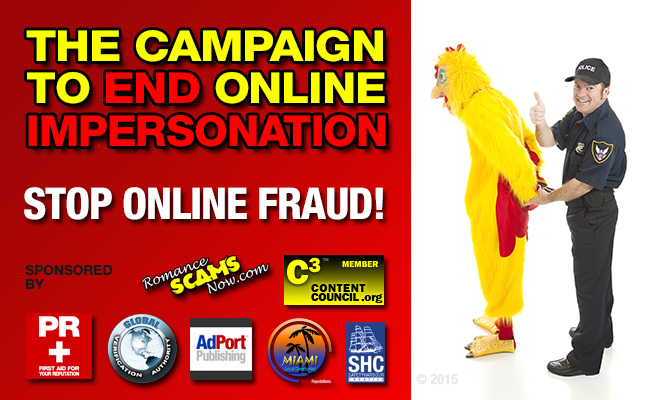