SCARSSCARS SCARS - Society of Citizens Against Relationship Scams Inc. A government registered crime victims' assistance & crime prevention nonprofit organization based in Miami, Florida, U.S.A. SCARS supports the victims of scams worldwide and through its partners in more than 60 countries around the world. Incorporated in 2015, its team has 30 years of continuous experience educating and supporting scam victims. Visit www.AgainstScams.org to learn more about SCARS.™ Insight: Stay Safe During Tax Time

Stay Safe From CybercrimeCybercrime Cybercrime is a crime related to technology, computers, and the Internet. Typical cybercrime are performed by a computer against a computer, or by a hacker using software to attack computers or networks. & Identity TheftIdentity Theft Identity theft is when someone uses another person's personal identifying information, without their permission, to commit fraud or other crimes. In both the U.K. and the United States it is the theft of personally identifiable information. Identity theft deliberately uses someone else's identity as a method to gain financial advantages or obtain credit and other benefits, and perhaps to cause other person's loss. The person whose identity has been stolen may suffer adverse consequences, especially if they are falsely held responsible for the perpetrator's actions. Personally identifiable information generally includes a person's name, date of birth, social security number, driver's license number, bank account or credit card numbers, PINs, electronic signatures, fingerprints, passwords, or any other information that can be used to access a person's financial resources. During Tax Time 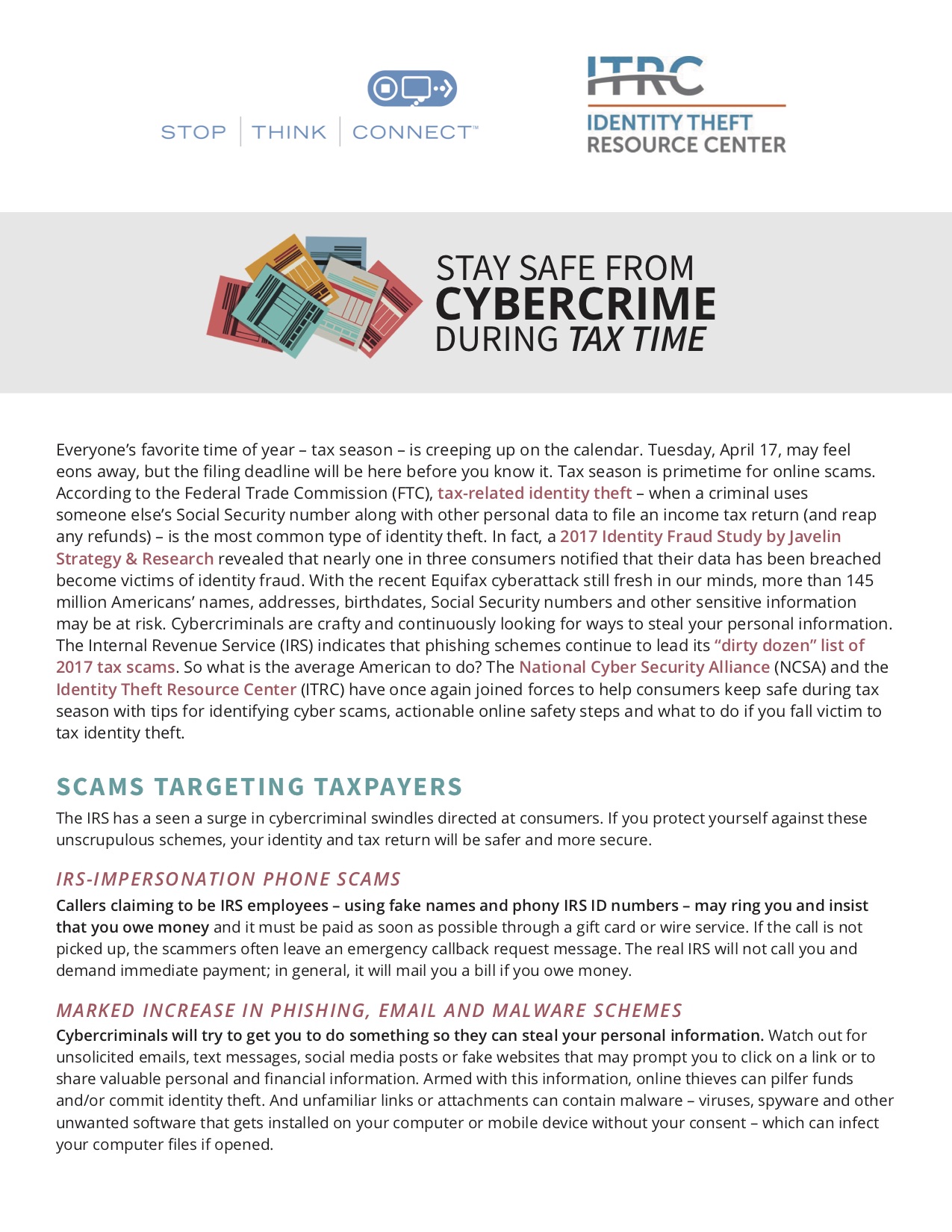