SCARSSCARS SCARS - Society of Citizens Against Relationship Scams Inc. A government registered crime victims' assistance & crime prevention nonprofit organization based in Miami, Florida, U.S.A. SCARS supports the victims of scams worldwide and through its partners in more than 60 countries around the world. Incorporated in 2015, its team has 30 years of continuous experience educating and supporting scam victims. Visit www.AgainstScams.org to learn more about SCARS.™ ScamScam A Scam is a confidence trick - a crime -  is an attempt to defraud a person or group after first gaining their trust through deception. Scams or confidence tricks exploit victims using their credulity, naïveté, compassion, vanity, irresponsibility, or greed and exploiting that. Researchers have defined confidence tricks as "a distinctive species of fraudulent conduct ... intending to further voluntary exchanges that are not mutually beneficial", as they "benefit con operators ('con men' - criminals) at the expense of their victims (the 'marks')". A scam is a crime even if no money was lost. News: American Romance Scammers Arrested 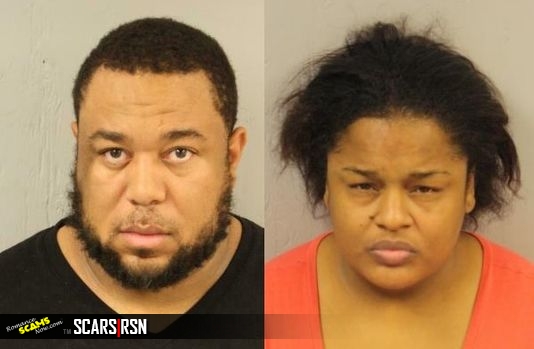 Dating can be hard enough without worry of being scammed out of thousands of dollars.

A pair of New York residents allegedly added that concern to people in Teaneck by using the online dating site Plenty of Fish to steal $20,000, police said on Monday.

Lashard Duren, 35, of Mount Vernon, New York posed as a manager of Chase Bank on his profile and talked up his job through messages with women, according to Teaneck police. Eventually he’d agree to meet the victim and convince them to open an account, at times promising them a job too.

In the encounter, Duren would come up with an excuse why they couldn’t go inside the bank, but Katherine Rodriguez, 36, of the Bronx, then would pose as a teller and take it from there, police stated. Rodriguez would meet victims in the parking lot dressed as a teller and go into their car to fill out paperwork while taking $5,000 cash for an alleged deposit, according to police.

The victims would then think they were at last going inside the bank to meet Duren, but he and Rodriguez would have already made their escape, police said.