Reprinted from The Guardian – Copyright Acknowledged

At first, Facebook’s policies seem clear enough. Most start with a clear explanation of what it does and doesn’t tolerate. But often there are caveats. The Guardian has been told some moderators struggle to understand distinctions – and some feel overwhelmed by the task. Updates reflect shifting attitudes and political pressure but can further complicate the job.

Facebook’s policies on graphic violence, non-sexual child abuse, and animal abuse reveal its attempts to remain open while trying to ban horrific images. Moderators remove content ‘upon report only’, meaning graphics content could be seen by millions before it is flagged. To illuminate the challenge, the Guardian is publishing a small selection of slides from the moderation manuals. We cannot show horrific images, such as beheadings. Some use language we would not usually publish, but to understand Facebook’s content policies, we have decided to include it. See for yourself how Facebook polices what users post. 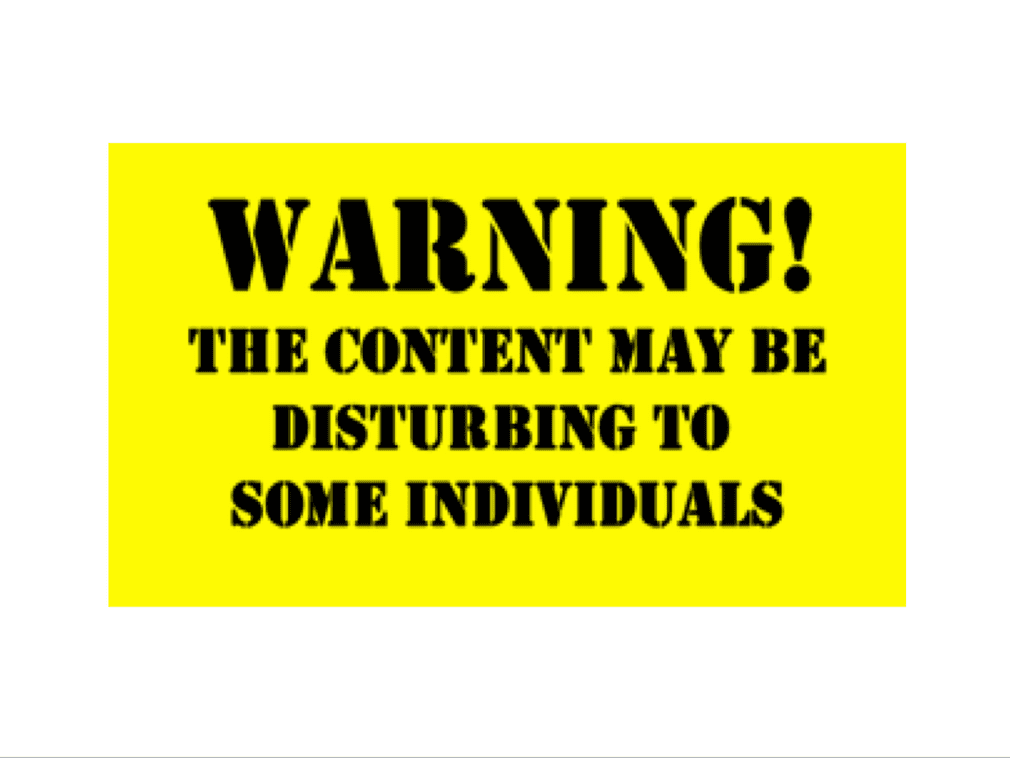 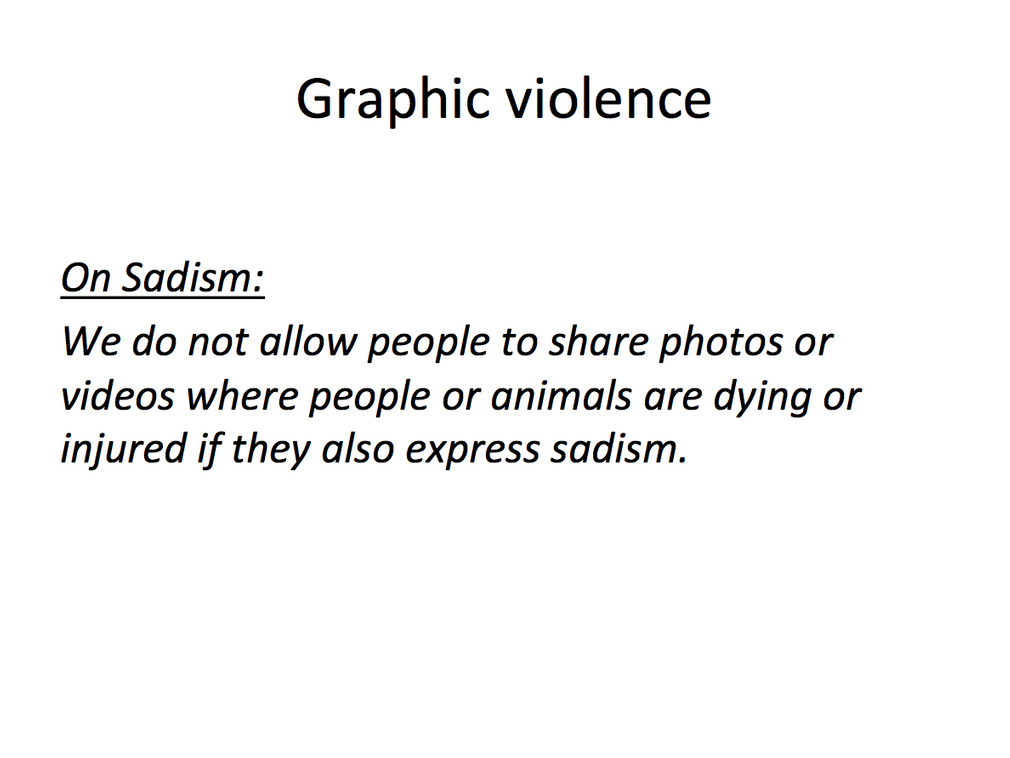