RSN™ ScamScam A Scam is a confidence trick - a crime -  is an attempt to defraud a person or group after first gaining their trust through deception. Scams or confidence tricks exploit victims using their credulity, naïveté, compassion, vanity, irresponsibility, or greed and exploiting that. Researchers have defined confidence tricks as "a distinctive species of fraudulent conduct ... intending to further voluntary exchanges that are not mutually beneficial", as they "benefit con operators ('con men' - criminals) at the expense of their victims (the 'marks')". A scam is a crime even if no money was lost. News: Crackdown on ‘Yahoo Boys’ in Nigeria Underway

Governor Okowa, who was greatly distraught by the sad development, has ordered a serious crackdown on all “Yahoo boys”, ritualists and all those involved in unexplainable and sudden wealth in the state. 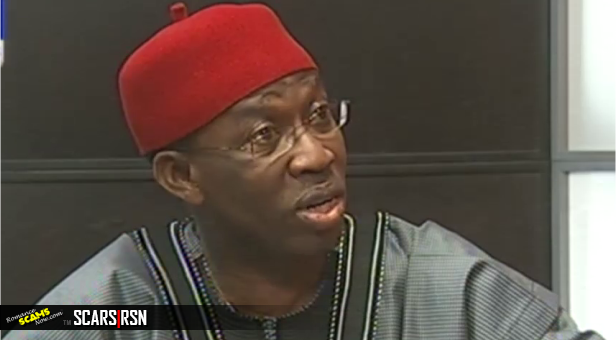 In a statement by his Chief Press Secretary, Mr. Charles Aniagwu in Asaba, Nigeria on Monday, the Governor expressed his heartfelt condolences to the family, the Isoko nation and the Delta State University Abraka community.

The Governor noted with serious concern and worry, the increasing and disturbing activities of suspected ritual killers and criminally-minded individuals, whose obtrusive and flamboyant escapades are becoming more conspicuous.

“On behalf of the government and people of Delta State, It is with a heavy heart that I write to express our profound commiserations to the family of Miss Elozino Ogege, the Isoko nation, her friends, both within and outside the University community”.

“I am glad that the security agencies have made serious progress in the investigation into the murder and I can assure Deltans and Nigerians that justice will be served on the perpetrators of this dastardly act.

“The Governor appreciates the solidarity exhibited by Deltans and Nigerians in condemning the bizarre act and urged security agencies in the state and country to commence a massive crackdown on these criminalCriminal A criminal is any person who through a decision or act engages in a crime. This can be complicated, as many people break laws unknowingly, however, in our context, it is a person who makes a decision to engage in unlawful acts or to place themselves with others who do this. A criminal always has the ability to decide not to break the law, or if they initially engage in crime to stop doing it, but instead continues. elements veneering as “Yahoo Boys”.

“As a government whose primary responsibility is the protection of lives and property as well as the welfare of her citizens, I urge Deltans and Nigerians to partner with the government and report to security agencies the activities of these gangsGangs A gang is normally a group or society of associated criminals with a defined leadership and internal organization that identifies with or claims control over a territory or business practice in a community and engages, either individually or collectively, in illegal, and possibly violent, behavior. Online gangs are not limited by territory and may operate side by side with other gangs while engaging in crime online. Some members of criminal gangs are initiated (by going through a process of initiation), or have to prove their loyalty and right to belong by committing certain acts, usually theft or violence, or rituals. Gangs are usually rougher and more visible than scammer cartels, and more often arrested. with a view to assisting the society get rid of such dangerous groups. Never again as a people shall we condone the activities of these known criminals as we all seem to agree that “enough is enough”.

“May the soul of Miss Elozino Ogege and all those who lost their lives in similar circumstances find eternal rest in the bosom of God Almighty,” the governor wrote.