Here is the complete Radio Interview:

Open up your email on any given morning and you might get two or three notes from friends — and twice as many from people trying to sell you energy pills, offshore real estate or virility enhancers.

And some promise riches: You’ve just won the Lithuanian National Lottery, which you cannot recall entering, or that a man in Kenya needs your help: “Please, sir, only you can help” to move $20 million through your bank account; all he needs is your routing number.

That’s spam. Not the meat-like loaf, but unbidden emails, many of them not even sent by actual people, but robot programs. And their volume is often much greater than the amount of real information people find in their inboxes.

In Spam: A Shadow History of the Internet, Finn Brunton, an assistant professor at the University of Michigan’s School of Information, explains how those unwanted emails make their way into our inbox.

Brunton talks about this daily irritation, its origins and ways to avoid online dangers with NPR’s Scott Simon. 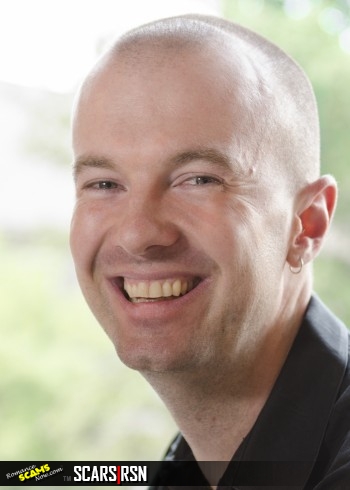 Finn Brunton is an assistant professor at the University of Michigan’s School of Information.

“It’s a marvelous story. Pitcairn Island, which is the least populated jurisdiction in the world, fascinated me because I was familiar with it only as an extremely minor historical event. It’s where the Bounty mutineers went when they needed to find an extremely remote place to hide. And I was shocked to learn that, per capita, Pitcairn Island was the world’s No. 1 source of spam. I was just wondering … how is this possible? What has happened is one of the computers on the island has been taken over by a malwareMalware Short for "malicious software," this term means computer viruses and other types of programs that cybercriminals use to disrupt or access your computer, typically with the aim of gathering sensitive files and accounts. program — so this island with 45 or 50 people is broadcasting spam without anyone consciously intending it.”

“The old rule of thumb in media history was that the first private use for any new major communications technology is pornography. But somewhere, cheek by jowl with that, is humor. One of my favorite details about the history of the telegraph is how quickly an incredible subculture of jokes and gags and pranks and references began to proliferate among the telegraph boys who were actually managing the equipment.

“But indeed, in the case of the Internet, from very early on when it was just these early, often somewhat ragged or haphazard networks between computers mostly in academic settings, the graduate students who were using these machines — as soon as they were not required to use them for some professional purpose, as soon as they had an off hour to kill in the basement — started using them to replay old Monty Python routines — getting back to jokes.

“And of course one of the most famous Monty Python routines is the sort of spam chorus that the Vikings deliver in the made-up Green Midget Café in that sketch where that couple is trying to order something from the menu and everything has spam in it. So it sort of starts off as a joke, but the term very quickly becomes the universal term for anyone who’s doing that kind of annoying, jokey, time-wasting behaviorBehavior <span class='glossary-