Fifth Bronx Man, Muftau Adamu Pleads Guilty In Multimillion-Dollar Ghana-Based FraudFraud In law, fraud is intentional deception to secure unfair or unlawful gain (money or other assets), or to deprive a victim of a legal right. Fraud can violate civil law (e.g., a fraud victim may sue the fraud perpetrator to avoid the fraud or recover monetary compensation) or criminal law (e.g., a fraud perpetrator may be prosecuted and imprisoned by governmental authorities), or it may cause no loss of money, property, or legal right but still be an element of another civil or criminal wrong. The purpose of fraud may be monetary gain or other benefits, for example by obtaining a passport, travel document, or driver's license, or mortgage fraud, where the perpetrator may attempt to qualify for a mortgage by way of false statements. A fraud can also be a hoax, which is a distinct concept that involves deliberate deception without the intention of gain or of materially damaging or depriving a victim. Scheme Involving Business Email Compromises And Romance Scams Targeting Elderly 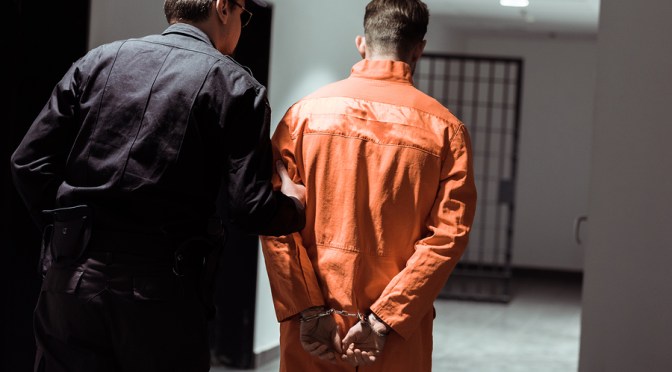 Geoffrey S. Berman, the United States Attorney for the Southern District of New York, William F. Sweeney Jr., the Assistant Director-in-Charge of the New York Field Office of the Federal Bureau of Investigation (“FBIFBI FBI - Federal Bureau of Investigation The Federal Bureau of Investigation (FBI) is the domestic intelligence and security service of the United States and its principal federal law enforcement agency. Operating under the jurisdiction of the United States Department of Justice, the FBI is also a member of the U.S. Intelligence Community and reports to both the Attorney General and the Director of National Intelligence. A leading U.S. counter-terrorism, counterintelligence, and criminal investigative organization, the FBI has jurisdiction over violations of more than 200 categories of federal crimes, including financial fraud.”), and Jonathan D. Larsen, the Acting Special Agent in Charge of the New York Field Office of the Internal Revenue Service, CriminalCriminal A criminal is any person who through a decision or act engages in a crime. This can be complicated, as many people break laws unknowingly, however, in our context, it is a person who makes a decision to engage in unlawful acts or to place themselves with others who do this. A criminal always has the ability to decide not to break the law, or if they initially engage in crime to stop doing it, but instead continues. Investigation (“IRSIRS The Internal Revenue Service (IRS) is the revenue & tax service of the United States federal government responsible for collecting taxes and administering the Internal Revenue Code (the main body of federal statutory tax law.) It is part of the Department of the Treasury and led by the Commissioner of Internal Revenue, who is appointed to a five-year term by the President of the United States. The duties of the IRS include providing tax assistance to taxpayers; pursuing and resolving instances of erroneous or fraudulent tax filings; and overseeing various benefits programs. Visit www.IRS.gov to learn more.-CI”), announced that MUFTAU ADAMU, a/k/a “Muftau Adams,” a/k/a “Muftau Iddrissu,” pled guilty today to one count of conspiracy to commit wire fraud in connection with a fraud scheme based in the Republic of Ghana (“Ghana”) involving the theft of over $10 million through business email compromises and romance scams that targeted the elderly from at least in or about 2014 through in or about 2018.  ADAMU is the fifth defendant to plead guilty in the case.  Four other defendants – TOUREY AHMED RUFAI, a/k/a “Joe Thompson,” a/k/a “Joe Terry,” a/k/a “Rufai A Tourey,” a/k/a “Ahmed Rufai Tourey,” PRINCE NANA AGGREY, ABDUL RASHID MASOUD, and MUBARAK BATURI, a/k/a “Eben Karsah,” were arrested in 2018 and also pled guilty earlier this year.  RUFAI, AGGREY, and BATURI pled guilty on January 9, January 28, and February 8, 2019, respectively, to one count of conspiracy to commit wire fraud.  MASOUD pled guilty on January 18, 2019, to one count of receiving stolen property.  ADAMU pled guilty before U.S. Magistrate Judge Kevin Nathaniel Fox.  The case is assigned to U.S. District Judge Denise L. Cote.

Manhattan U.S. Attorney Geoffrey S. Berman said:  “These five defendants admitted to participating in a conspiracy that involved stealing millions of dollars from U.S. businesses and individuals across the United States and laundering that money to their co-conspirators in Ghana through a network of bank accounts in the Bronx, many of which were opened using fake names and businesses.  The conspiracy’s commission of fraud through business email compromises and the targeting of elderly victims through romance scams is particularly egregious.  These defendants now await sentencing for their crimes.”

FBI Assistant Director William F. Sweeney Jr. said:  “There’s often a misconception that financial schemes, such as those detailed in this case, are easy to spot.  This is especially true for companies with a high level of awareness about business email compromises, and those individuals who are caught off guard by a scammer willing to capitalize on their trust and compassion.  This fraud alone involved the alleged theft of more than $10 million, proving there’s often a way around the general safeguards put in place by businesses and individuals alike.  Today’s announcement is a good reminder for all to stay alert and remember, if something doesn’t feel right, chances are it’s the wrong thing to do.”

IRS-CI Acting Special Agent in Charge Jonathan D. Larsen said:  “Every defendant in today’s announcement shares one trait in common – greed. This desire for money drove them to prey upon the vulnerable in our society. Thanks to the financial expertise and diligence of IRS-CI special agents, who worked side-by-side with our law enforcement partners to uncover these schemes, these criminals are off the street and will now face the consequences of their actions.”

According to allegations in the Complaints and the Indictment filed in the case:

Between 2014 and 2018, ADAMU, RUFAI, AGGREY, MASOUD, and BATURI were members of a criminal enterprise (the “Enterprise”) based in Ghana that committed a series of business email compromises and romance scams against individuals and businesses located across the United States, including in the Southern District of New York.

The maximum potential sentences are prescribed by Congress and are provided here for informational purposes only, as any sentencing of the defendants will be determined by the judge.

Any businesses or individuals who believe they may have been the victim of a business email compromise or a romance scam or have information regarding such crimes should file a complaint with the FBI’s Internet Crime Complaint Center (“IC3”) at https://www.ic3.gov or contact their local FBI office.

Mr. Berman praised the outstanding investigative work of the FBI and IRS-CI.  Mr. Berman also thanked U.S. Customs and Border Protection, Ghana’s Economic and Organised Crime Office, and the FBI Legal Attaché in Accra, Ghana, for their helpful assistance with the investigation.

The prosecution of this case is being handled by the Office’s Complex Frauds and CybercrimeCybercrime Cybercrime is a crime related to technology, computers, and the Internet. Typical cybercrime are performed by a computer against a computer, or by a hacker using software to attack computers or networks. Unit.  Assistant United States Attorneys Sagar K. Ravi and Andrew D. Beaty are in charge of the prosecution.

SCARS, RSN, Romance Scams Now, SCARS|WORLDWIDE, SCARS|GLOBAL, SCARS, Society of Citizens Against Relationship Scams, Society of Citizens Against Romance Scams, SCARS|ANYSCAM, Project Anyscam, Anyscam, SCARS|GOFCH, GOFCH, SCARS|CHINA, SCARS|CDN, SCARS|UK, SCARS Cybercriminal Data Network, Cobalt Alert, Scam Victims Support GroupSupport Group In a support group, members provide each other with various types of help, usually nonprofessional and nonmaterial, for a particular shared, usually burdensome, characteristic, such as romance scams. Members with the same issues can come together for sharing coping strategies, to feel more empowered and for a sense of community. The help may take the form of providing and evaluating relevant information, relating personal experiences, listening to and accepting others' experiences, providing sympathetic understanding and establishing social networks. A support group may also work to inform the public or engage in advocacy. They can be supervised or not. SCARS support groups are moderated by the SCARS Team and or volunteers., are all trademarks of Society of Citizens Against Relationship Scams Incorporated.