SCARSSCARS SCARS - Society of Citizens Against Relationship Scams Inc. A government registered crime victims' assistance & crime prevention nonprofit organization based in Miami, Florida, U.S.A. SCARS supports the victims of scams worldwide and through its partners in more than 60 countries around the world. Incorporated in 2015, its team has 30 years of continuous experience educating and supporting scam victims. Visit www.AgainstScams.org to learn more about SCARS.™ SCAMMERScammer A Scammer or Fraudster is someone that engages in deception to obtain money or achieve another objective. They are criminals that attempt to deceive a victim into sending more or performing some other activity that benefits the scammer. ARRESTED: Nigerian Scammer Gets Six Months In Jail

Osho, who graduate from Rufus Giwa Polytechnic, Owo, Ondo State, was on Thursday, April 11, 2019, found guilty of obtaining money by false pretense in a five-count amended charge filed against him by the Economic and Financial Crimes Commission, EFCCEFCC Economic and Financial Crimes Commission The Economic and Financial Crimes Commission (EFCC) is a Nigerian law enforcement agency that investigates financial crimes such as advance fee fraud (419 fraud), scams, and money laundering. The EFCC was established in 2003, partially in response to pressure from the Financial Action Task Force on Money Laundering (FATF), which named Nigeria as one of 23 countries non-cooperative in the international community's efforts to fight money laundering. The agency has its head office in Abuja, Nigeria., Ibadan zonal office. 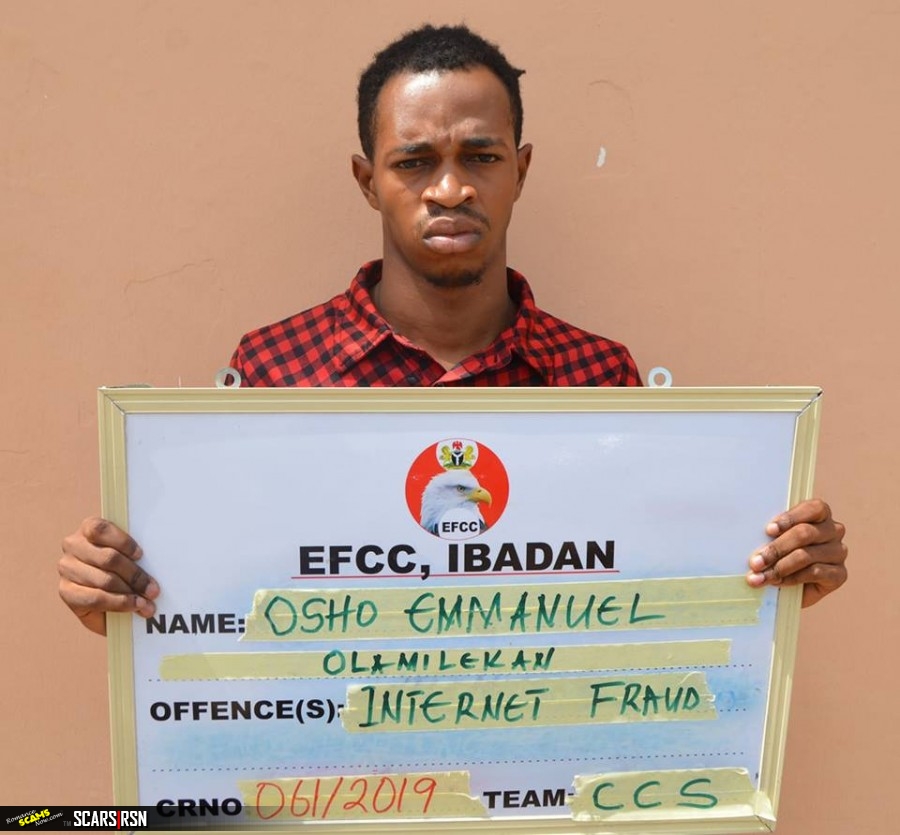 He had presented himself to be an American Marine Soldier to victims of his fraudulent activities, dispossessing them of different sums in the United States Dollars.
Among his victims were Sabrina Robinson, Rachel Evans, Alisha Brice and Nokitha Miller, all American citizens, from whom he collected sums at different times after deceiving them that he was an American Marine Soldier, who lost valuables to a major attack in Nigeria.

He was also ordered to forfeit the sum of N1,000,000 (One Million Naira) to the EFCC as restitutionRestitution Restitution is where a court orders the defendant to give up his gains to the claimant (victim). It should be contrasted with Compensation, the law of loss-based recovery, in which a court orders the defendant to pay the claimant for their loss. to the victims of his crimes.

According to Nigeria’s EFCC: