THE WAR AGAINST SCAMMERS & TERRORISTS – SLAVERY

We in the Western Countries sit back fat and happy while horrific things are being done around the world.

Did you know that 45 million people live as slaves today, right now?

This is what the Islamic scammerScammer A Scammer or Fraudster is someone that engages in deception to obtain money or achieve another objective. They are criminals that attempt to deceive a victim into sending more or performing some other activity that benefits the scammer. world believes in. This is what at least 30% of scammers support.

Walk Free (and RSN as a supporter/member) defines modern slavery as one person possessing or controlling another person in such a way as to significantly deprive that person of their individual liberty, with the intention of exploiting that person through their use, management, profit, transfer or disposal.

In Africa & the Middle East slavery is common. Of the top 5, Mauritania (Africa) has the highest proportion of its population in modern slavery, with Qatar (1.36%) and India (1.14%). 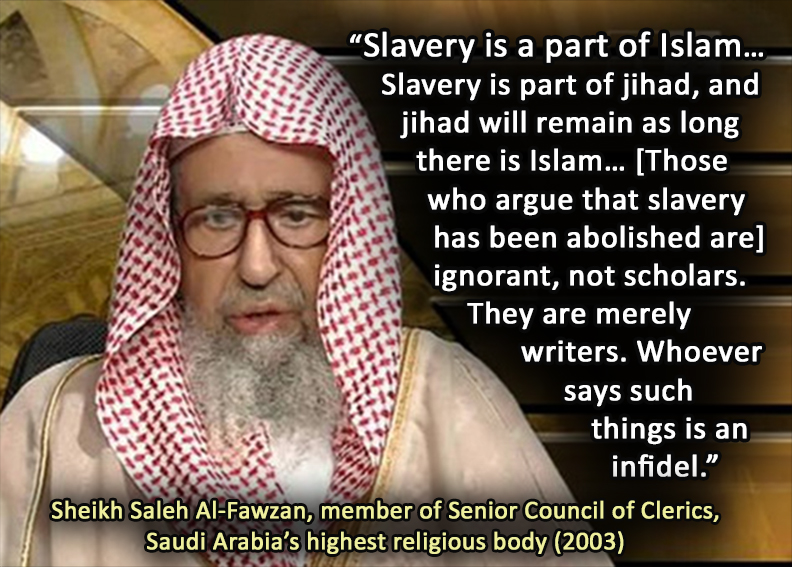 This is what Islam Believes

What are the different forms of modern slavery? 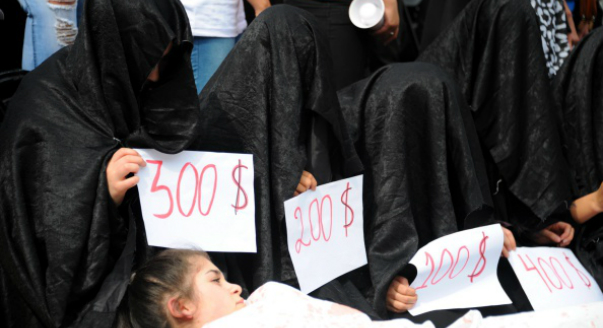 Young Girls Being Sold In The Markets

What is forced and servile marriage?

Forced or servile marriage is a marriage that is entered into without the full and free consent of one or both parties and is a result of physical, psychological pressure or abuse.

The Supplementary Convention on the Abolition of Slavery 1956 states that the following actions constitute forced and servile marriage:

NOTE: 18 is the internationally agreed upon the age of adulthood – being an adult means you can fully consent to marriage. UNICEF calls child marriage the most common form of sexual abuse and exploitation of girls. Child marriage is considering forced marriage because consent cannot be free when one of the parties involved is not sufficiently mature to make an informed decision about a life partner. Although men and boys can be affected by forced marriage, the great majority that suffers slavery are women and girls.

HOW LARGE IS THE PROBLEM 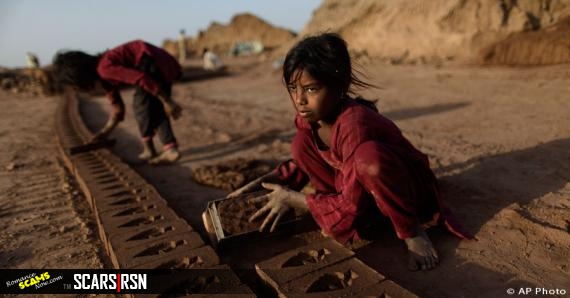 THIS IS WHAT SCAMMERS HELP TO SUPPORT

POLITICAL PARTIES (SUCH AS THE AMERICAN DEMOCRATIC PARTY, THE GERMAN SOCIAL DEMOCRATS, AND OTHERS), AND MANY U.S & EUROPEAN FOUNDATIONS (SUCH AS THE CLINTON FOUNDATION) RECEIVE THE LION SHARE OF DONATIONS FROM SLAVER, SCAMMER, AND TERRORIST NATIONS.

RSN is a member & supporter of the Walk Free movement www.WalkFree.org and we encourage you to join also! It is free, and if you can contribute anything it would be appreciated.

Slavery is another facet of the War on ScamsScams A Scam is a confidence trick - a crime -  is an attempt to defraud a person or group after first gaining their trust through deception. Scams or confidence tricks exploit victims using their credulity, naïveté, compassion, vanity, irresponsibility, or greed and exploiting that. Researchers have defined confidence tricks as "a distinctive species of fraudulent conduct ... intending to further voluntary exchanges that are not mutually beneficial", as they "benefit con operators ('con men' - criminals) at the expense of their victims (the 'marks')". A scam is a crime even if no money was lost. and Terror!
Do something about it today!