SCARSSCARS SCARS - Society of Citizens Against Relationship Scams Inc. A government registered crime victims' assistance & crime prevention nonprofit organization based in Miami, Florida, U.S.A. SCARS supports the victims of scams worldwide and through its partners in more than 60 countries around the world. Incorporated in 2015, its team has 30 years of continuous experience educating and supporting scam victims. Visit www.AgainstScams.org to learn more about SCARS.™ SCAMScam A Scam is a confidence trick - a crime -  is an attempt to defraud a person or group after first gaining their trust through deception. Scams or confidence tricks exploit victims using their credulity, naïveté, compassion, vanity, irresponsibility, or greed and exploiting that. Researchers have defined confidence tricks as "a distinctive species of fraudulent conduct ... intending to further voluntary exchanges that are not mutually beneficial", as they "benefit con operators ('con men' - criminals) at the expense of their victims (the 'marks')". A scam is a crime even if no money was lost. NEWS: Battleground Japan – NHK Docudrama Reveals Telephone Scam Tactics

Thai police last month raided a residence in Pattaya where an alleged telephone swindling operation was taking place. They discovered 15 Japanese nationals suspected of calling retired people in Japan and fooling them into purchasing electronic money. Japanese police say they will arrest the suspects after they are deported.

The sketchy quality of the reports deepened the general confusion about these kinds of telephone scamsScams A Scam is a confidence trick - a crime -  is an attempt to defraud a person or group after first gaining their trust through deception. Scams or confidence tricks exploit victims using their credulity, naïveté, compassion, vanity, irresponsibility, or greed and exploiting that. Researchers have defined confidence tricks as "a distinctive species of fraudulent conduct ... intending to further voluntary exchanges that are not mutually beneficial", as they "benefit con operators ('con men' - criminals) at the expense of their victims (the 'marks')". A scam is a crime even if no money was lost., which have been in the news for years and continue to be an ongoing problem. It wasn’t just a lack of information on why the men were making calls from Thailand, but the whole nature of these kinds of swindles, which prey on older people who believe stories that, on the surface, sound ridiculous. 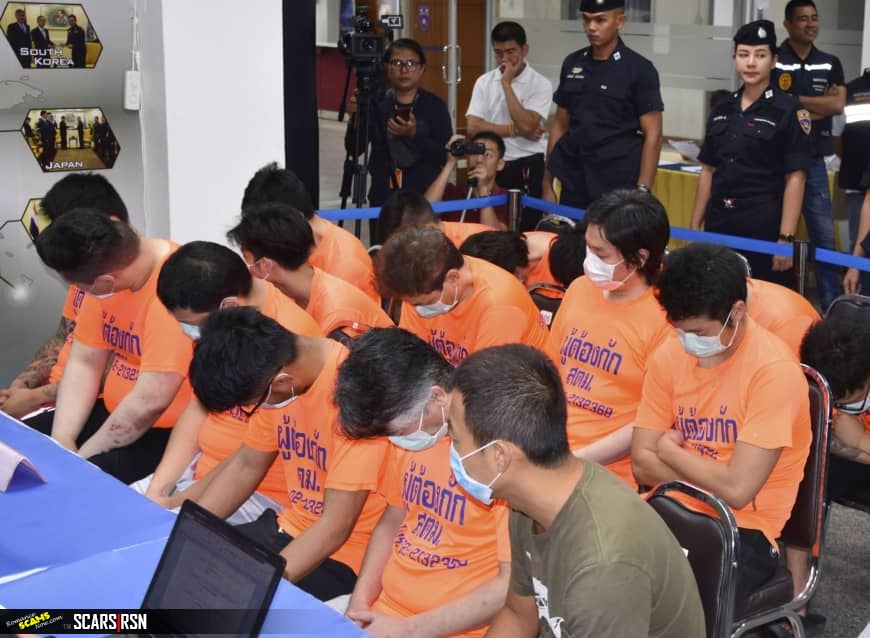 Even when media outlets go into detail on a case, readers and viewers will likely scratch their heads. The basic idea is to get a targeted person on the phone and pretend to be a close relative in serious trouble — traffic accident, work-related disaster — whose resolution requires an immediate infusion of cash. Don’t these victims recognize the voice of their own flesh and blood? How could they be so gullible?

Obviously, there was a crucial element in these kinds of reports that can’t be conveyed through conventional journalism. It required something more and, until NHK aired a docudrama on March 23 called “Sagi no Ko” (“Young Swindlers”), that extra something was missing.

One of the characters in “Sagi no Ko” is a junior high school boy who becomes a “receiver” for a cell of swindlers. It is the lowest position in the cell hierarchy. His job is to collect the cash in person after the victim agrees to resolve the fabricated problem. This task is the only face-to-face encounter in the transaction, so if the receiver is caught it is easier for him if he is a minor, since he can’t be prosecuted as an adult. Also, teenagers are more susceptible to threats from senior members of the cell.

At first, the nonlinear narrative made for perplexing viewing. It starts at the end of the story, when the receiver, Kazuto, is caught by the police while picking up an envelope of money from an elderly woman. From there, the drama ricochets back-and-forth through time, interrupted occasionally by interviews with actual former cell members who elaborate on certain points. However, this structure soon becomes useful in describing not only how such swindles are carried out, but the socioeconomic circumstances that make them successful. After Kazuto and his 23-year-old monitor, Toyama, are arrested, the narrative proceeds through their court trials and recollections of how they became involved.

Cells are set up by crime bosses and installed in rental spaces completely isolated from the outside world. The cells work independently, with the top earners cold calling numbers from lists of names purchased from legally dodgy data supply companies. The callers’ success depends on their ability to improvise, to adapt instantly to something in the interlocutor’s voice and then lead the victim into the trap they’re setting. Once the victim is hooked, the receiver goes to the person’s house to collect the cash as the caller keeps reassuring the victim over the phone. A monitor watches from a distance, on the lookout for police.

The cell is self-contained and only contacts the boss when the scam is complete. The cell chief gives all their proceeds to the boss, who then removes a large portion and gives it back to the cell. The chief decides how much each member is paid.

Although there are still questions NHK did not answer (for instance, what is to prevent the cell from shorting the boss?), it’s clear from the amount of money these operations take in that the structure is very effective, especially in terms of thwarting police. Cells are nimble and move all the time, leaving no trace of their previous existence to provide the authorities with clues.

Most cell members are youths disillusioned with or left off the education track, a cliche that NHK exploits, but it does provide a plausible rationale. When the crime boss recruits, he says he is redistributing wealth being hoarded by retired seniors, a claim that isn’t far off the mark.

For years the government has been unsuccessfully trying to get the savings “sleeping” in older people’s possession into circulation. This explanation alleviates some of the self-reproach incurred when cheating people of their life savings, but the main appeal is the group dynamic of the cell. Kazuto doesn’t care so much about the money he’s making. As he tells an official at his detention center, he liked scamming because it was fun to do things with people he called his friends.

Callers can go through hundreds of names before finding someone who doesn’t automatically hang up when they pretend to be a relative, and usually, it’s because the relationship with that person is fraught with remorse. An effective caller takes advantage of that remorse and, in the drama, the couple who falls for the scam is estranged from their son, so when “he” calls for help, they see a means of reconciliation. After the scam is revealed, however, they are the targets of public derision. The husband commits suicide. The wife survives in a fog of incomprehension, still believing she talked to her son on the phone. NHK’s dramatic license, in this case, is not only justified but necessary, as it points up the emotional manipulation at the heart of the swindle.

Also justified was the melodramatic climax, when the chief of the cell, Daisuke, wracked with guilt, attempts to return the money to the widow and then turns himself in. In court, the prosecution accuses him of cynically blamingBlaming Blame or Blaming is the act of censuring, holding responsible, making negative statements about an individual or group that their action or actions are socially or morally irresponsible, the opposite of praise. When someone is morally responsible for doing something wrong, their action is blameworthy. By contrast, when someone is morally responsible for doing something right, we may say that his or her action is praiseworthy. Blame imparts responsibility for an action or act, as in that they made a choice to perform that act or action. society for his transgression because he was raised in poverty by a single mother. So many people in the same situation “properly” work hard to overcome their situation.

People like me can’t get ahead like you, Daisuke tells the court, no matter what we do.

For that reason, he says, this kind of crime will always be around.