Further Evidence Of The United States Administration’s Commitment To Stopping CybercrimeCybercrime Cybercrime is a crime related to technology, computers, and the Internet. Typical cybercrime are performed by a computer against a computer, or by a hacker using software to attack computers or networks.

ASEAN adopts the ASEAN Declaration to Prevent and Combat Cybercrime, a vow to unify anti-cybercrime measures among ASEAN member states and organizations like the ASEANAPOL, EUROPOLEuropol The European Union Agency for Law Enforcement Cooperation, better known under the name Europol, formerly the European Police Office and Europol Drugs Unit, is the law enforcement agency of the European Union (EU) formed in 1998 to handle criminal intelligence and combat serious international organized crime and terrorism through cooperation between competent authorities of EU member states. The Agency has no executive powers, and its officials are not entitled to arrest suspects or act without prior approval from authorities in the member states. Based in The Hague, it comprised 1,065 staff as of 2016. WEBSITE LINK, and INTERPOL

It is the group’s first formal declaration specifically tackling the issue of cybercrime, at the urging of the President of the United States of America Donal Trump. Though it has its roots in fighting transnational crime. Such a progression is only logical as crimes committed over the internet disregard geographical borders; anyone from one side of the world can target any connected individual elsewhere.

From phishing, ransomwareRansomware Ransomware is a type of malware from cryptovirology that threatens to publish the victim's personal data or perpetually block access to it unless a ransom is paid. While some simple ransomware may lock the system so that it is not difficult for a knowledgeable person to reverse, more advanced malware uses a technique called cryptoviral extortion. It encrypts the victim's files, making them inaccessible, and demands a ransom payment to decrypt them. In a properly implemented cryptoviral extortion attack, recovering the files without the decryption key is an intractable problem – and difficult to trace digital currencies such as paysafecard or Bitcoin and other cryptocurrencies that are used for the ransoms, making tracing and prosecuting the perpetrators difficult. Ransomware attacks are typically carried out using a Trojan virus disguised as a legitimate file that the user is tricked into downloading or opening when it arrives as an email attachment. However, one high-profile example, the WannaCry worm, traveled automatically between computers without user interaction., to identify theft, and targeted traffic flooding known as denialDenial Denial is a refusal or unwillingness to accept something or to accept reality. Refusal to admit the truth or reality of something, refusal to acknowledge something unpleasant; And as a term of Psychology: denial is a defense mechanism in which confrontation with a personal problem or with reality is avoided by denying the existence of the problem or reality.-of-service attacks, cybercrime is a growing problem, to which there is no one easy solution yet.

The declaration was endorsed after the 11th ASEAN Ministerial Meeting on Transnational Crime in September and adopted by the heads of state of the ASEAN.

Cybersecurity is an issue previously discussed in various ASEAN fora such as the ASEAN Regional Forum (ARF) and the ASEAN Telecommunications and Information Technology Ministers Meeting (TELMIN).

Information and Communications Technologies (ICTs) are a key driver of ASEAN Member States in governance, economy, commerce and trade, social well-being, as well as in other aspects.

However, ICT is also being used to commit crimes. Issues such as the Comelec database leaks in the Philippines, ‘dark webDark Web This is a sub-level of the internet that normal search engines and everyday browsers cannot access. It’s an encrypted network that contains websites – both legal and illegal – that remain hidden from plain sight.’ markets for the sale of drugs, and cybercrimesCybercrimes Cybercrime is a crime related to technology, computers, and the Internet. Typical cybercrime are performed by a computer against a computer, or by a hacker using software to attack computers or networks. like the creation and spread of child pornography, romance scamsScams A Scam is a confidence trick - a crime -  is an attempt to defraud a person or group after first gaining their trust through deception. Scams or confidence tricks exploit victims using their credulity, naïveté, compassion, vanity, irresponsibility, or greed and exploiting that. Researchers have defined confidence tricks as "a distinctive species of fraudulent conduct ... intending to further voluntary exchanges that are not mutually beneficial", as they "benefit con operators ('con men' - criminals) at the expense of their victims (the 'marks')". A scam is a crime even if no money was lost., and BEC scams necessitate a concerted effort to tackle the issue of countries-spanning online crimes.

Leading the charge in the Philippines is the Department of Information and Communications (DICT), which formally launched the Philippines government’s National Cybersecurity Plan 2022 in May 2017.

With the program, the government hopes that within 5 years, the country will be able to reliably protect internet users, the Philippines’ critical information infrastructure, government networks, small and medium enterprises, and big businesses from cyberattacks. (READ: DICT launches PH 5-year nat’l cybersecurity plan)

Also under the DICT is the Cybercrime Investigation and Coordination Center (CICC) headed by cybersecurity assistant secretary Allan Cabanlong. They have pushed for a whole-of-society approach in fighting cybercrime, meaning everyone from the end user to the largest government institutions and corporations need to be aware, informed, and proactive against potential threats.

The ASEAN declaration is an acknowledgement of this whole-of-society approach albeit on a bigger scale – a regional one and inevitably, a global one. As such, ASEAN member states and related agencies and organizations like ASEANAPOL, EUROPOL, and INTERPOL will be working with each other to combat cybercrime while strengthening each other’s capacity to address cybercrime issues.

MINDFUL of the importance of Information and Communications Technologies(ICTs) as the key driver of ASEAN Member States in governance, economy,commerce and trade, social well-being and all other aspects;

COGNIZANT of the imperative to have National Action Plans in place that will contain national policies and strategies to prevent and combat cybercrime as well as the implementation of anti-cybercrime-related measures;

CONCERNED about the emerging harmful effects of crimes caused by the misuse and abuse of ICTs and considering the inherently technical and trans-border nature of cybercrime which affects every sovereign State;

RECOGNIZING the need to enhance cooperation against cybercrime aimed at theprotection of our community in the region including by,
inter alia, formulating concrete and effective regional approaches;

RECALLING FURTHER the ASEAN Plan of Action to Combat Transnational Crime 2016-2025, which was adopted by the AMMTC on 26 July 2017 wherein ASEAN Member States have agreed to continue to cooperate closely in their efforts to prevent and combat cybercrime, along with terrorism and transnational organized crimes such as trafficking in persons, illicitillicit Illicit means something that is not legally permitted or authorized under the law; unlicensed; unlawful. It can also mean disapproved of or not permitted for moral or ethical reasons. drug trafficking, money launderingMoney laundering Money laundering is the illegal process of concealing the origins of money obtained illegally by passing it through a complex sequence of banking transfers or commercial transactions. Money laundering can be done through various mediums, leveraging a variety of payment vehicles, people and institutions., arms smuggling, and sea piracy;

PURSUANT to the provision of the agreed Work Programme to Implement the ASEAN Plan of Action to Combat Transnational Crimes as adopted during the Preparatory SOMTC for the 10th AMMTC on 28 September 2015 in Kuala Lumpur, Malaysia, particularly on cybercrime components such as information exchange, regulatory and legal matters, law enforcements, capacity building, and extra-regional cooperation;

IN SUPPORT of the common framework for ASEAN cybercrime enforcementcapacity building that was adopted during the 7th SOMTC on 26-27 June 2007, andthe subsequent establishment of a Working Group on Cybercrime as endorsed in the 9th AMMTC on 17 September 2013, both held in Vientiane, Lao PDR;

AFFIRMING the key points in the ASEAN Regional Forum (ARF) Statement onCooperation in Fighting Cyber Attack and Terrorist Misuse of Cyber Space whichwas adopted on 28 July 2006 in Kuala Lumpur, Malaysia, including the commitmentto continue working together in the fight against cybercrime through activities aimedat enhancing each Member State’s national framework for cooperation andcollaboration in addressing the misuse of cyberspace;

NOTING the ARF Statement on Cooperation in Ensuring Cyber Security adopted on12 July 2012, in Phnom Penh, Cambodia, and the ARF Work Plan on Security of and in the Use of ICTs, and synergising ASEAN efforts on issues on cybercrime;

CONVINCED  that just like in other transnational crimes, the continuity of existing global framework against cybercrime rests on consolidated regional action in the institutional and operational spheres:

HAVE RESOLVED TO STRENGTHEN THE COMMITMENT OF ASEAN MEMBERSTATES TO COOPERATE AT THE REGIONAL LEVEL IN PREVENTING ANDCOMBATING CYBERCRIME THROUGH THE FOLLOWING MEASURES:

ADOPTED  in Manila, the Philippines on the Thirteenth Day of November in the Year Two Thousand and Seventeen. 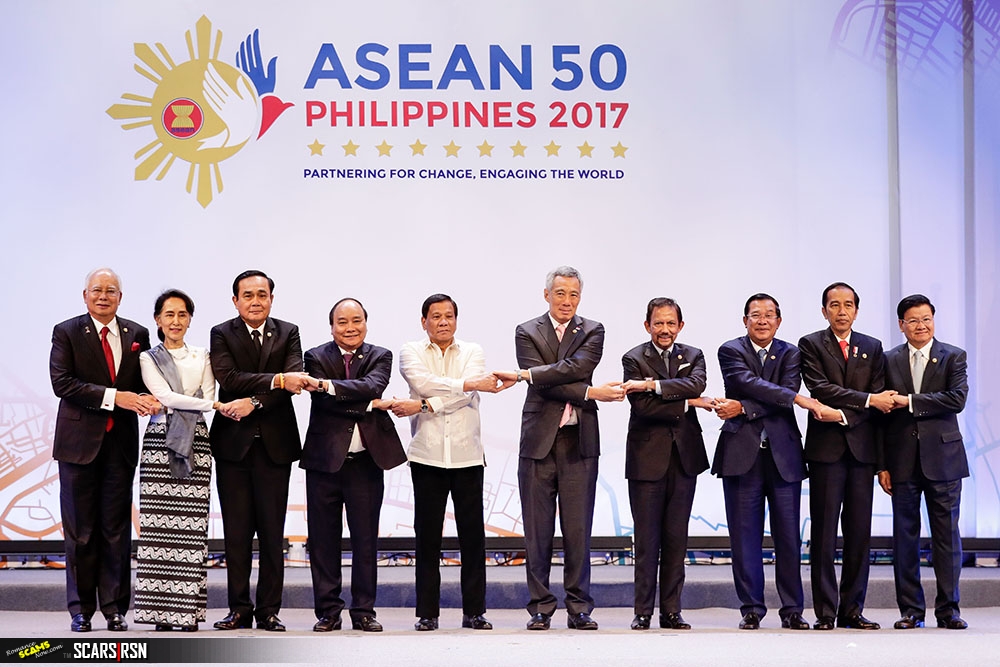 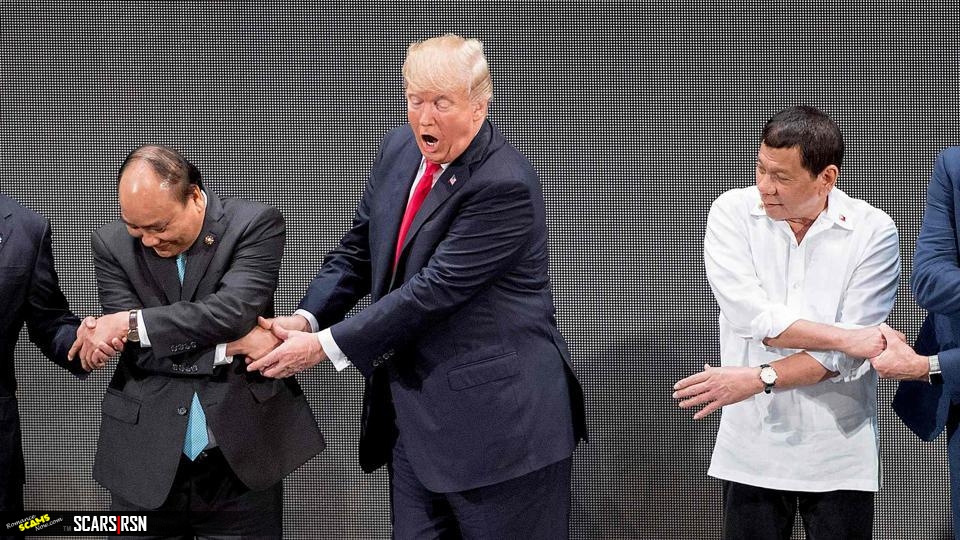