Click Here for Our Latest SCARS Newsletter Published On Revue

Scroll to view the full newsletter

By the SCARS™ Editorial Team
Society of Citizens Against Relationship Scams Inc.

A Question Of Race

We recognize that all victims, regardless of skin color share the same color of pain from being scammed and we are here to help them all, regardless of: race, nationality, origin, religion, gender, or politics

To learn more about us please visit www.AgainstScams.org 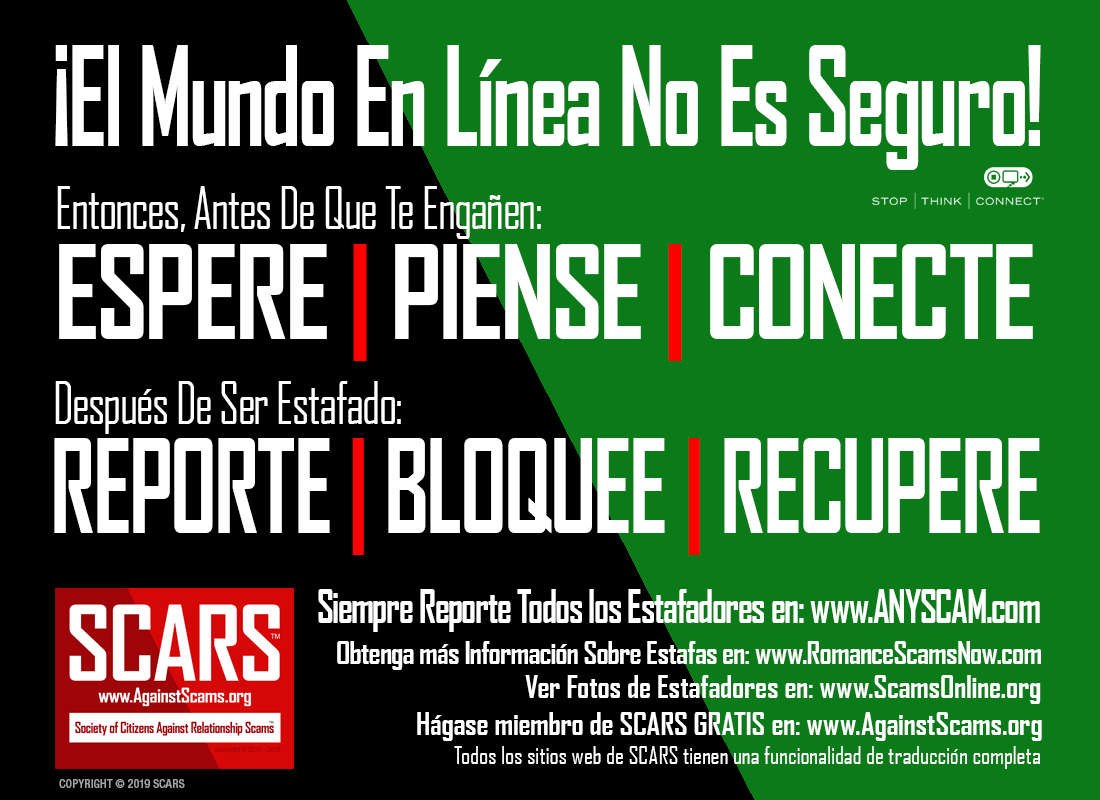 What Is The Difference Between A Scam Victim And A Scam Survivor? [Updated]

What Is The Difference Between A Scam Victim And [...]