ATM cards, Laptops, Cheque books and among other exhibits were confiscated from the suspects

The Kenyan Directorate of Criminal Investigations (DCI) operatives arrested the suspects on September 21 and confiscated several items including ATM cards, Laptops, Cheque books and among other exhibits. Reports show that the suspected fraudsters defrauded local banks of huge amounts of money which they withdrew outside Kenya.

The suspects are currently in custody and will be arraigned in court on Monday, September 24.

One of the suspects, 27-year-old Uduebor Uche bursts into tears as he was captured after being arrested with his fellow fraudsters. The photo of him crying has since gone viral, with everyone blaming him for putting himself in such a situation in the first place. 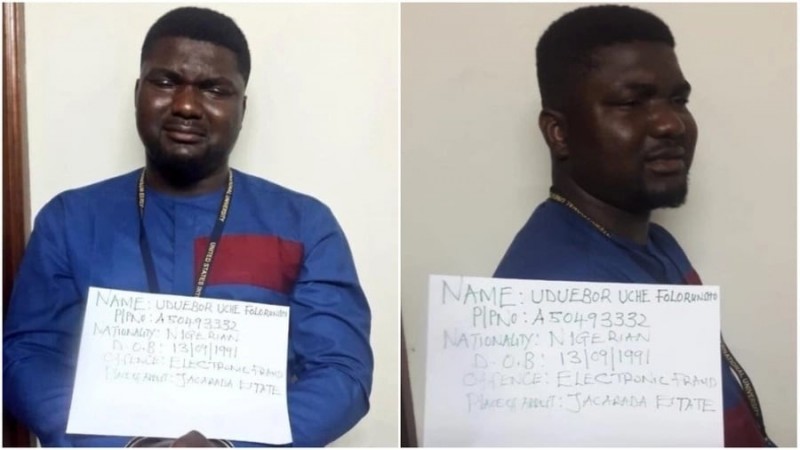 The 27-year-old suspect, Uduebor Uche Folorunsho, is to arraigned in court on September 24

The other Nigerian, Adebowale, is 31 years of age and there’s no telling if he or the others will be delivered from the big pot of soup they’ve landed in. 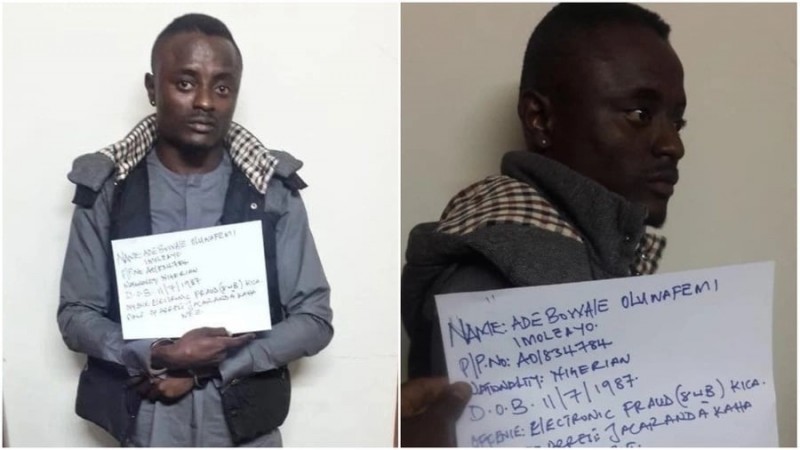 31-year-old, Adebowale Oluwafemi, was arrested alongside two other fraudsters in Kenya

The Tanzanian suspect, Omari who is 37 years of age is the oldest of the trio. 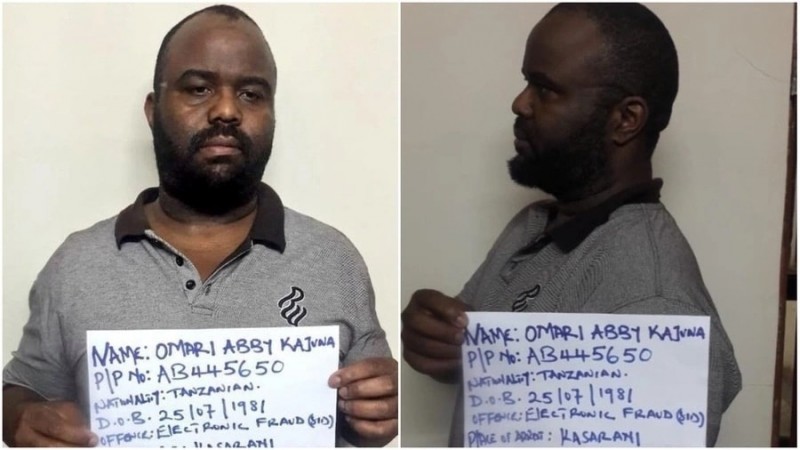 Both fraudsters were found guilty of charges bordering on cyber fraud and impersonation. The charges also involved the act of hacking the websites of universities and stealing more than $6 million.

Share This Information With Family & Friends! Help Save The Next Scam Victim!