THAILAND (TR) – Police in the city of Pattaya last week announced the arrest of 15 male Japanese nationals who are suspected of carrying out a large fraud that targeted persons in Japan, reports TBS News (Mar. 30). 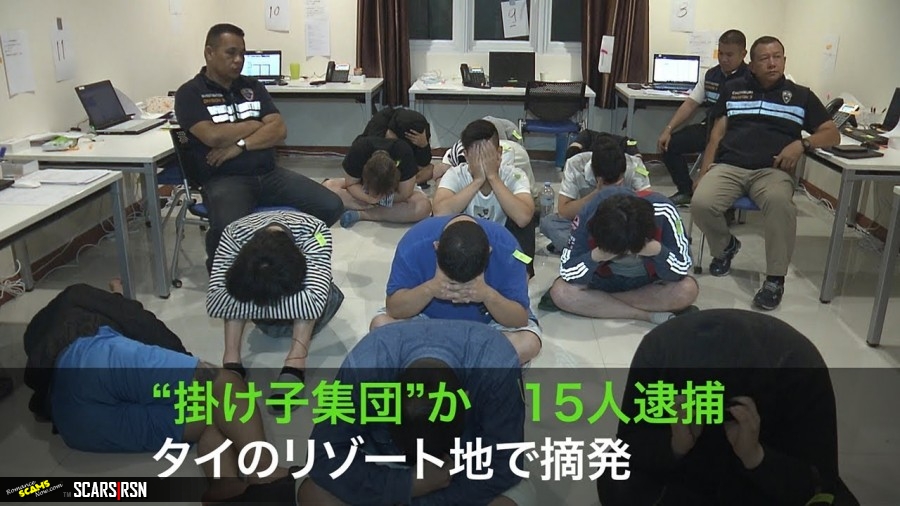 According to police, the suspects, aged between 22 to 54, had occupied a residence in the city for the past two months. During a search, officers seized about 50 telephones and 20 computers.

Police subsequently arrested the men for working illegally. All of the suspects have refrained from speaking to police.

The matter emerged after the landlord of the building grew suspicious about the equipment being used by the suspects.

Police believe the equipment was being used to swindle primarily elderly persons in Japan in money-transfer scams in which the victims were told they were liable for unpaid fees. Documents in Japanese containing information on how to carry out scams were also found inside the residence.

Thai immigration authorities cited police in Japan in saying that the suspects are believed to have swindled about 500 persons out of around 90 million yen.

Local police plan to extradite the suspects to Japan.